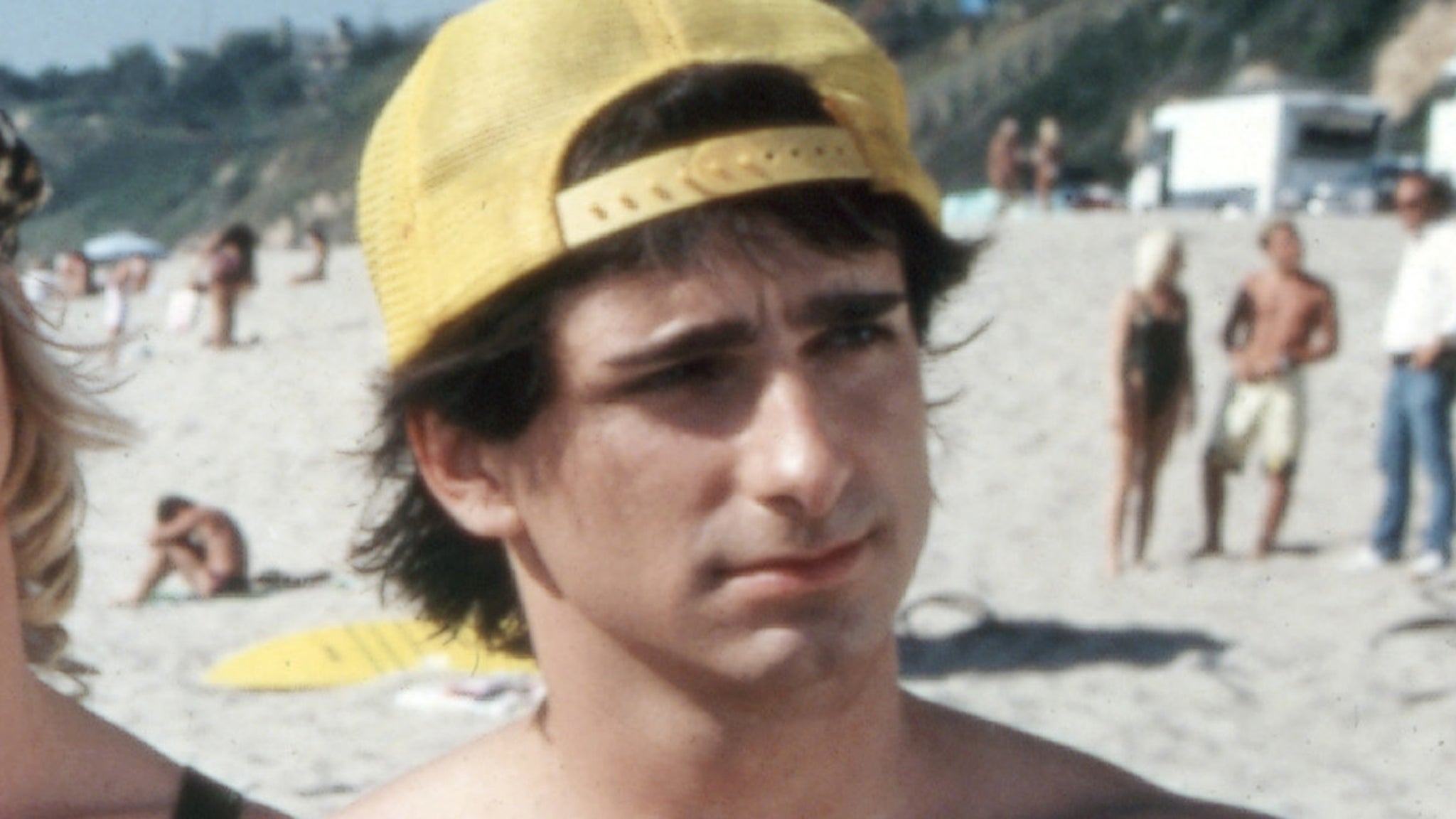 Illinois-local Dean Cameron (real name Dean Eikleberry) was only 25 years old when he landed the super-stoney roll of the school flunky and movie lover, Francis “Chainsaw” Gremp — who earns a screening of “The Texas Chain Saw Massacre” for the class — in the classic 1987 class comedy, “Summer School.”

Dean Cameron was cast alongside some other stellar young actors including Mark Harmon as the lax teacher, Freddy Shoop … and Kirstie Alley as the hot teacher next door Ms. Robin Bishop.

Cameron was also known for his small-screen surfer character, Jeff Spicoli, on the one (and only) season of the 1986 TV series “Fast Times.”

Guess what he looks like now in his late 50s!