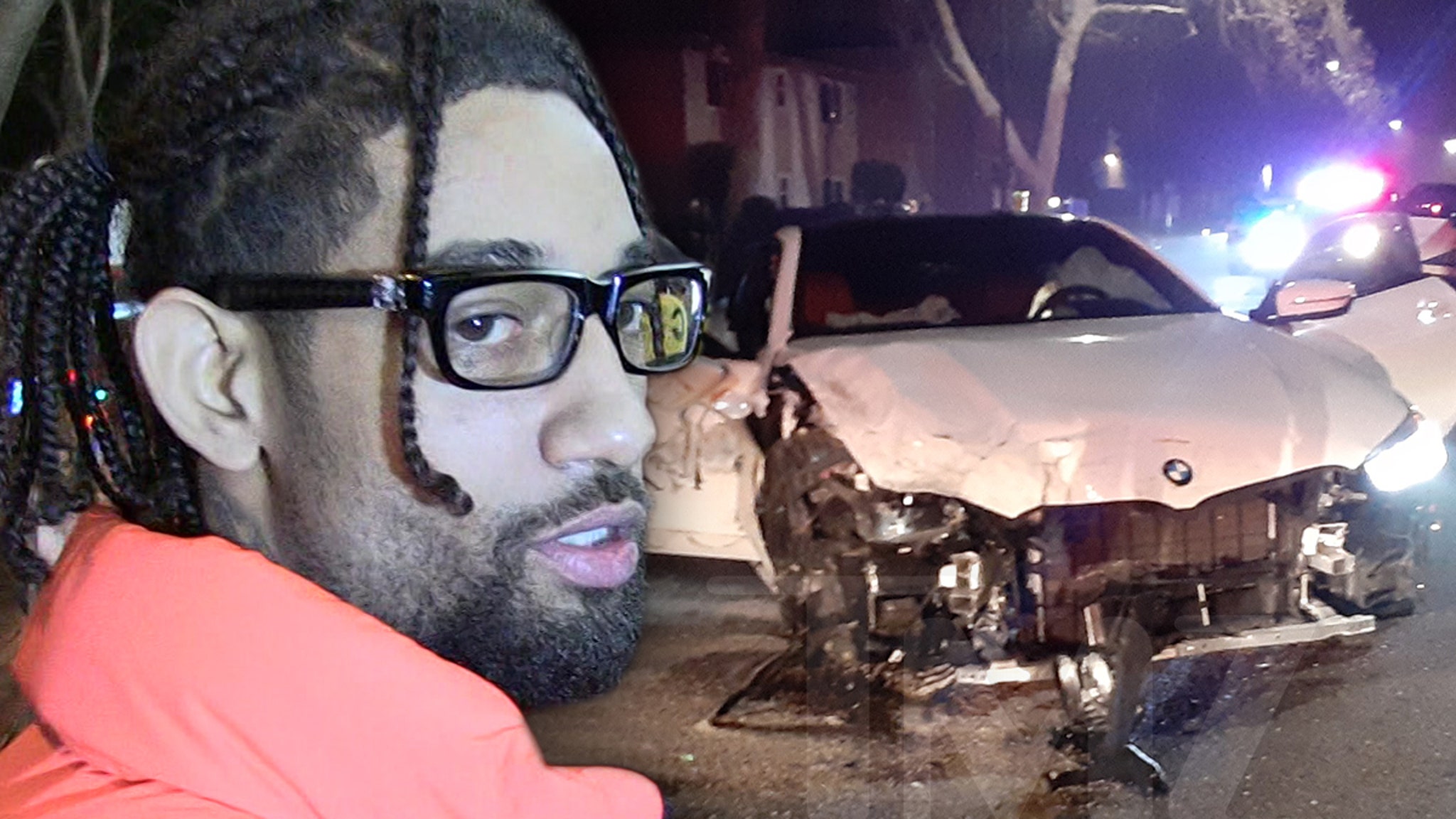 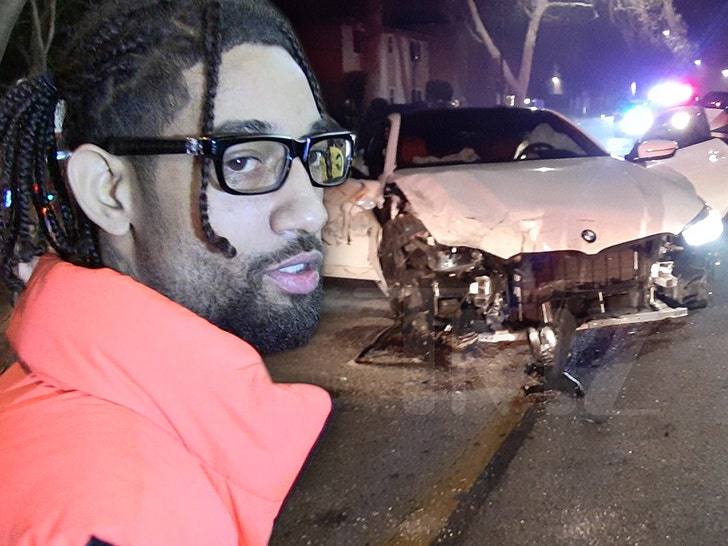 PnB Rock smashed into 3 cars and wrecked his BMW during a street race … this according to cops, who busted him for driving under the influence.

Law enforcement sources tell TMZ … the rapper was arrested on suspicion of DUI and reckless driving in Burbank, CA after officers say they saw him plow into a row of parked cars. Looking at images from the crash makes ya think, PnB’s lucky he was even alive to get arrested. 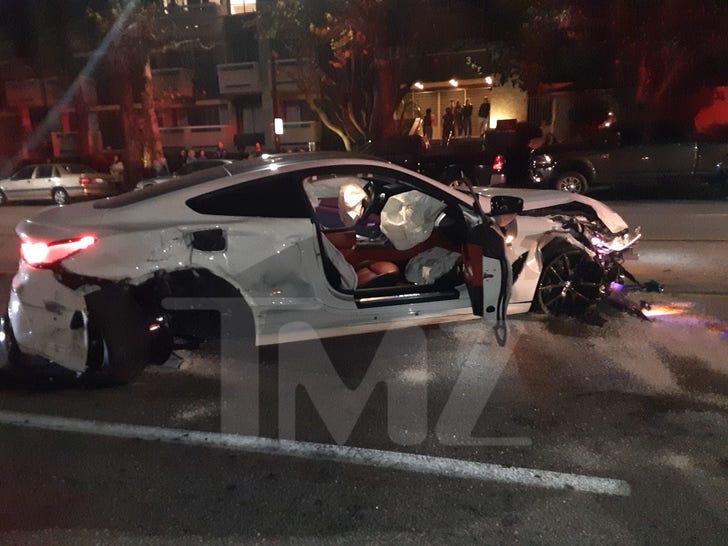 The race didn’t last long … we’re told the BMW crashed pretty quickly, hitting the 3 parked cars and flipping one on its side!!! There was even a woman inside of the vehicles, but she escaped with minor injuries.

Our sources say PnB Rock reeked of marijuana when police approached, and officers found some weed on him. He wasn’t booked for that — it’s Cali, after all. You can possess small amounts, but driving while on it … still not cool.

PnB was booked for DUI and reckless driving and later released on $100,000 bail.

As for the Rolls he was allegedly racing — it made a clean getaway. 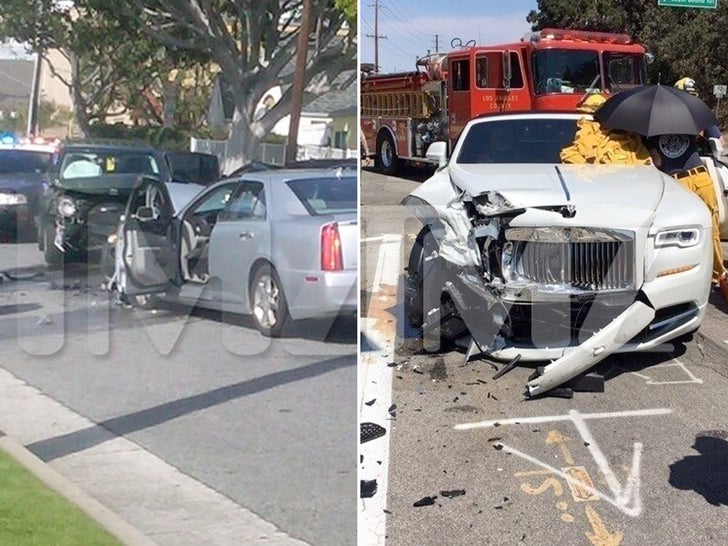