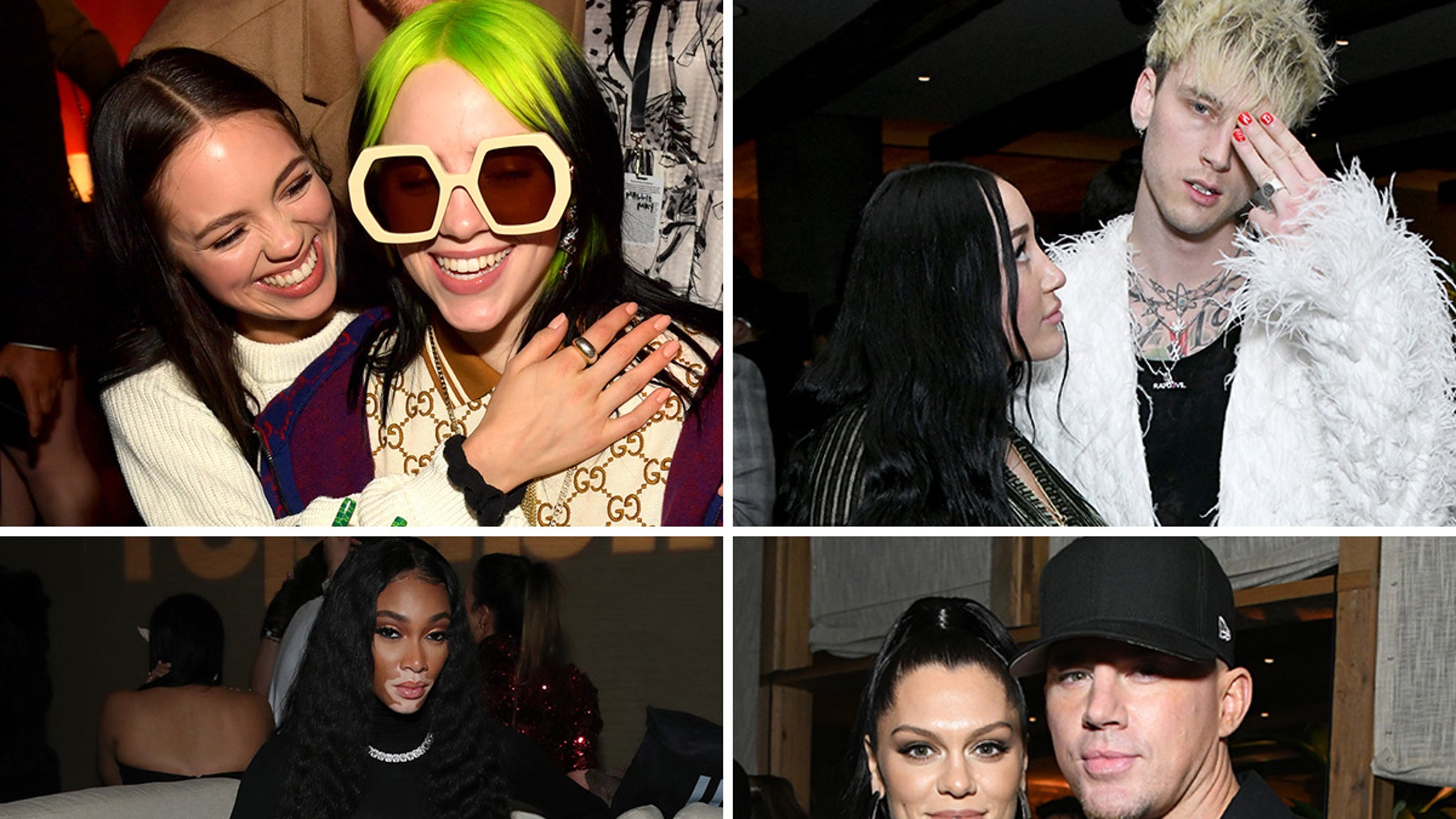 It was a monumental night for Billie Eilish and it’s pretty obvious everyone was ready to continue the party with her after she got the final Grammy of the night.

Billie and scores of other music stars on Sunday night hit up Grammy after-parties scattered all over L.A. She showed up to Universal Music Group’s party at Rolling Greens Nursery in L.A. The 18-year-old singer hauled in 5 Grammys … including Album of the Year, Record of the Year and Best New Artist.

Billie was dressed for her big moment — rocking Gucci from head-to-toe. Lewis Capaldi joined her at that party too. His “Someone You Love” was nominated for Song of the Year.

Another huge bash went down for Republic Records’ party at 1 Hotel in WeHo. Channing Tatum and Jessie J showed up for that shindig.

Other celebs on the town included Noah Cyrus, Machine Gun Kelly, Winnie Harlow and singer DaniLeigh, who honored Kobe Bryant by wearing his purple No. 8 jersey.