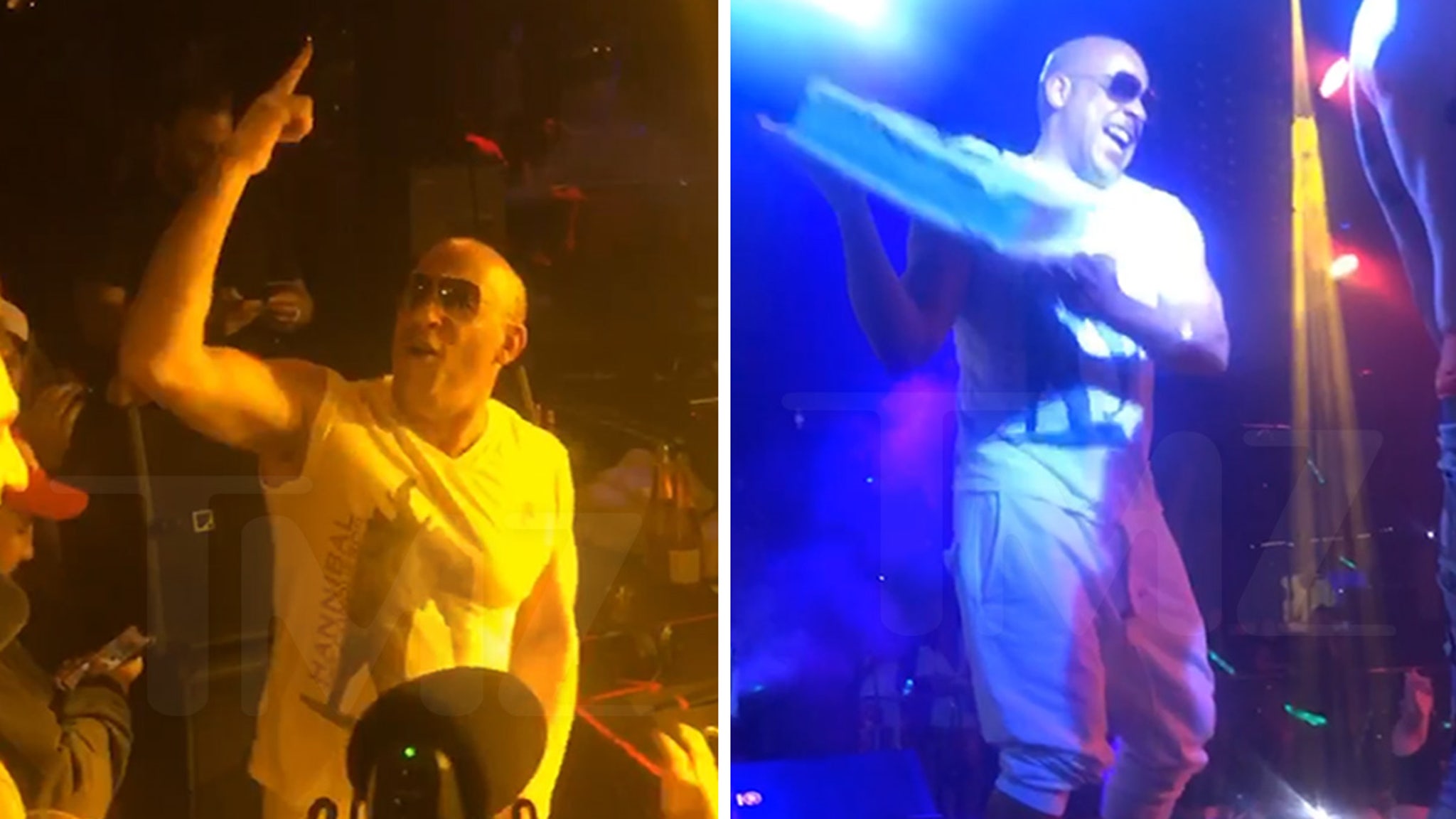 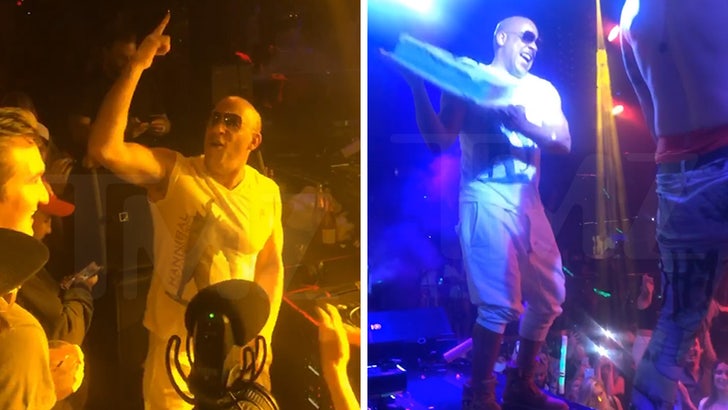 Vin Diesel caught Super Bowl fever early … the guy’s already in the Sunshine State and raging with none other than the great Steve Aoki. Any guesses on what they did on stage???

The “Fast & Furious” star was partying Friday night at Miami mogul David Grutman‘s STORY nightclub, where SA was booked to perform. Well, sure enough … Vin got in on the festivities without hesitation. He was dancing his face off from behind the DJ booth.

Trust us though … that doesn’t quite take the cake.

VIN actually took the cake from Steve … who’s known for his birthday cake toss into the crowd. Naturally, VD was down to give a throw himself. Looks like he’s done this before.

Vin and Steve have graced the stage together in the past, notably in 2018 when the Dies got a little pastry happy too. Dude seems to love it, and he was definitely enjoying himself there.

Of course, we’re heading into Super Bowl weekend soon. Before that, it appears the stars are already flocking to the port city and getting warmed up for the good times ahead.