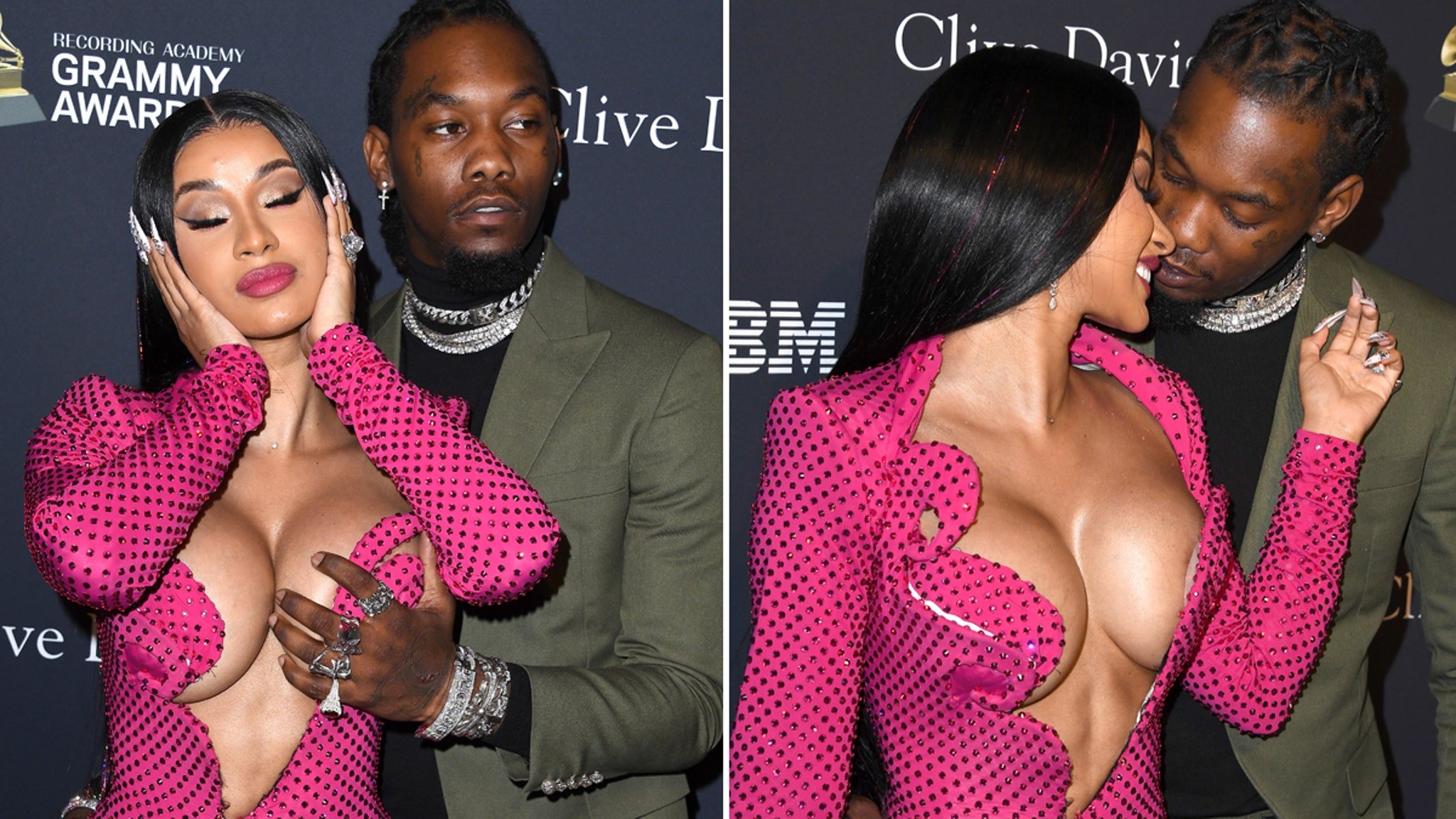 Cardi B looked amazing at Clive Davis‘ pre-Grammy bash Saturday night, and her hubby was more than happy to sample the goods!

Cardi hit up the annual bash at the Bev Hilton Hotel and wore a super NSFW dress, to Offset‘s resounding approval.

Offset and Cardi are nominated for Best Rap Performance for “Clout.”

The Grammys go down tonight at Staples Center in Downtown Los Angeles.