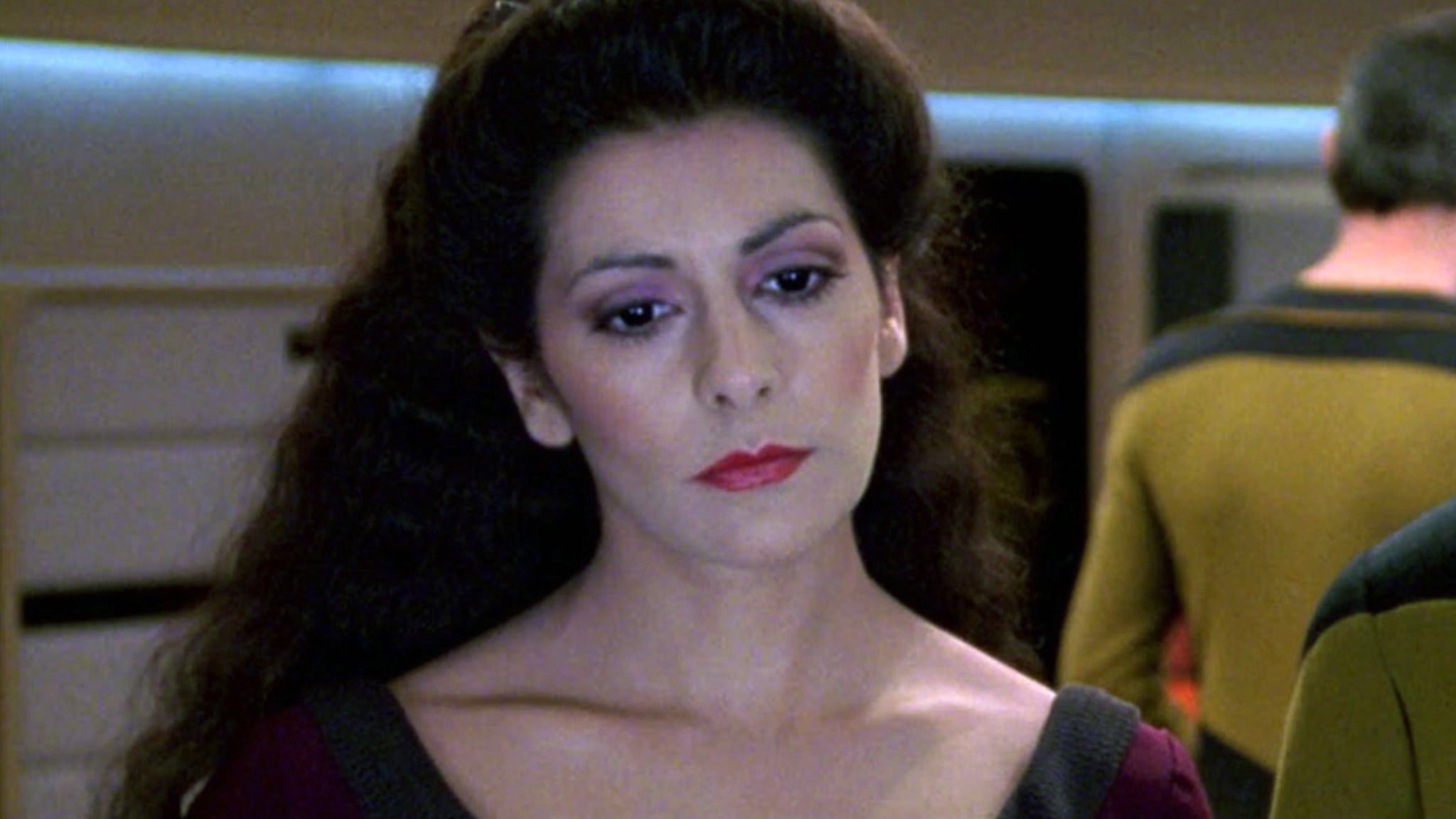 British-born actress Marina Sirtis was in her early 30s when she landed the role that would change her career forever as the half-human space pirate with a sweet ponytail, Counselor Deanna Troi — who advises Captain Jean-Luc Picard and works with the ship’s crew — on the long-running science fiction television show, “Star Trek: The Next Generation.”

Guess what she looks like now at 64 years old!