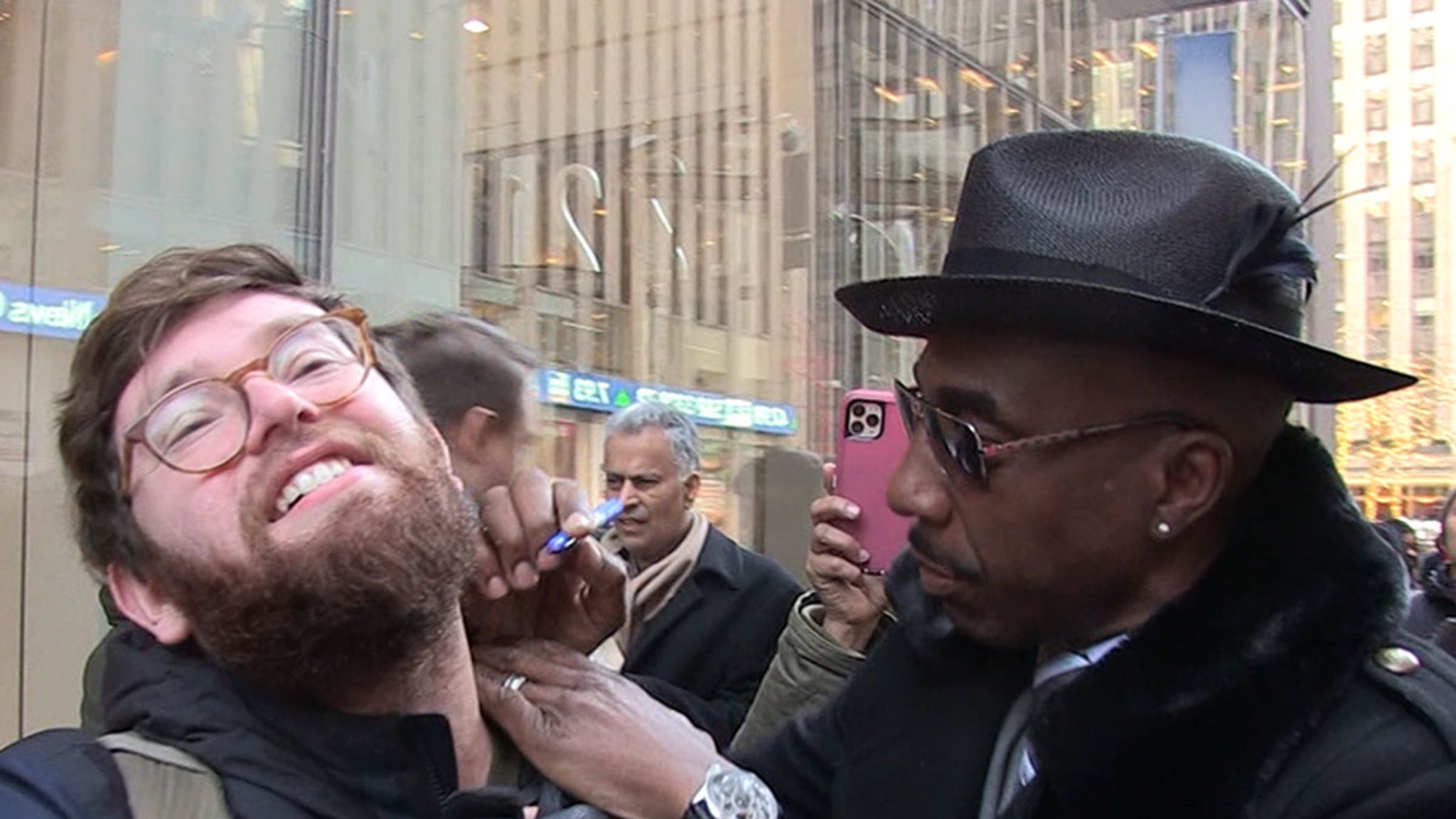 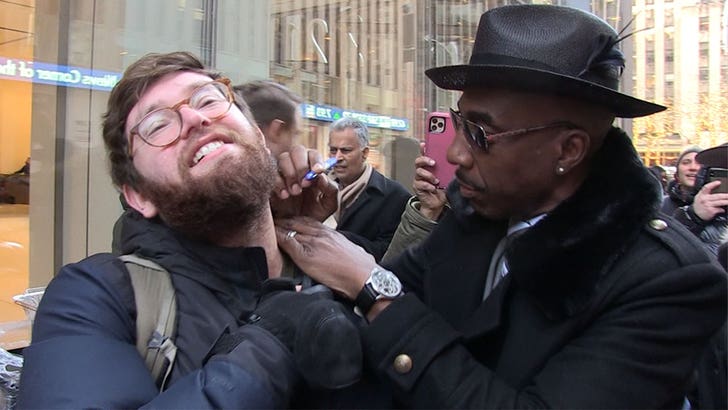 JB Smoove had something to prove on the streets of New York — he ain’t as grouchy as Larry David is with autograph seekers, and we know this because he put pen to flesh.

We got the “Curb Your Enthusiasm” star Wednesday afternoon as he was greeted by a swarm of fans and autograph hounds chirping for signatures. JB kept it pretty real with them, saying he couldn’t sign all of ’em. He held firm, too.

Of course … this reminded our camera guy, Ezra, of his costar Larry David’s recent L.A. run-in with an autograph brigade that ended with a super-heated confrontation and scolding.

Ezra tried to ask JB about it, and he cut us off … insisting he didn’t have as much of a problem with it as LD does. Then, he took it a step further … signing for Ezra — ON HIS NECK!!! 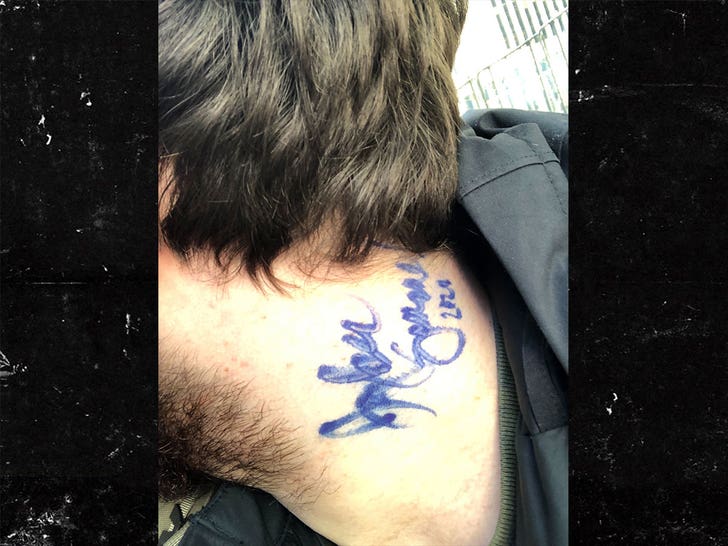 Check it out … it seems like the skin game brought these two fellas damn close in the end. They even made a pinky-promise of sorts to each other.

We’ll say this — one particular TMZ employee might wanna load up on body spray.