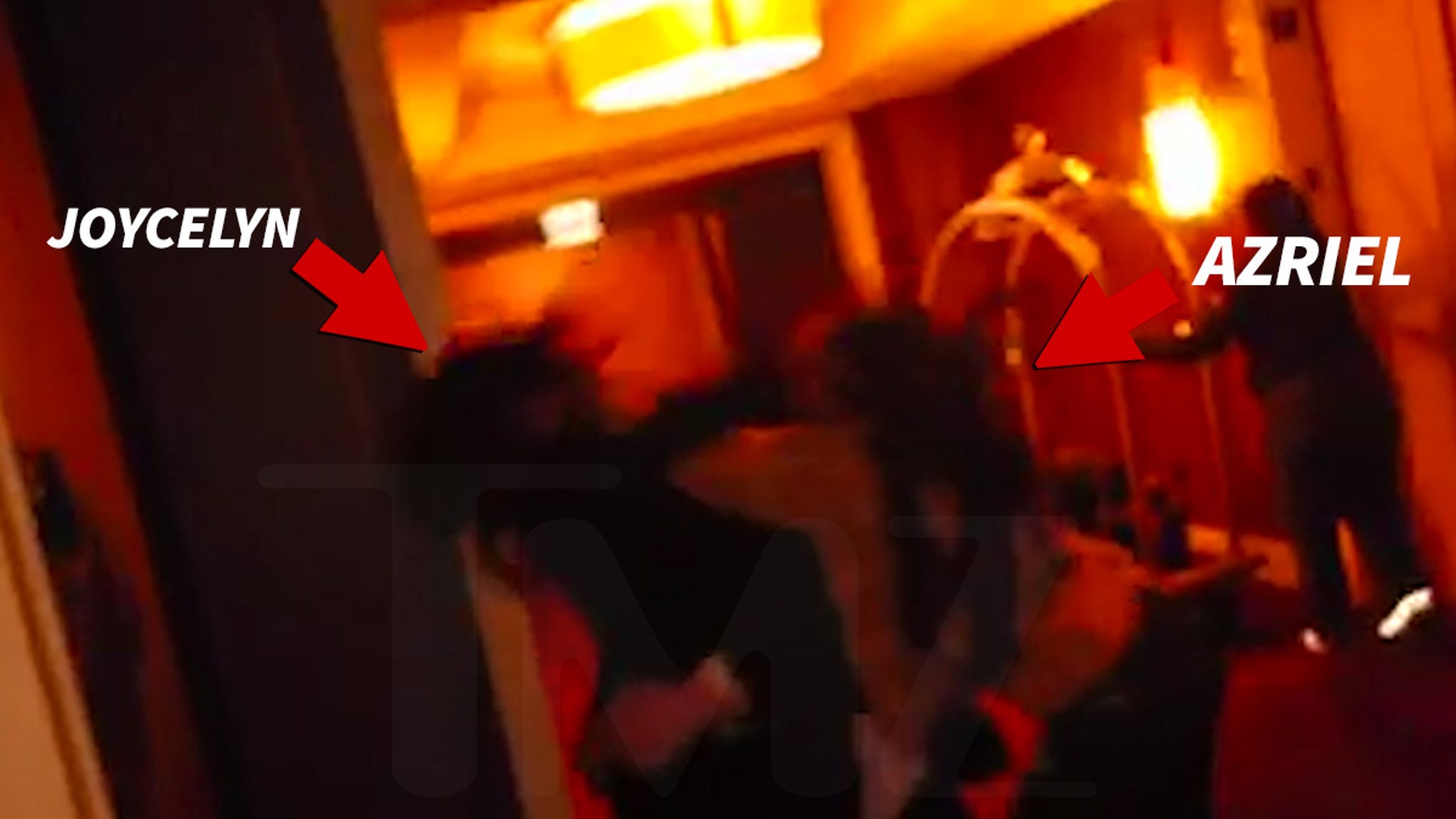 R. Kelly‘s longtime live-in girlfriends punched, scratched and screamed at each other — way more than what you’ve seen — before cops were called, and we got the entire violent scene.

You know Azriel Clary was live on social media when she and Joycelyn Savage came to blows at Kelly’s Trump Tower condo in Chicago — but turns out their fight went on much longer. In this video, you see it spill into the hallway with fists flying.

Azriel is in the lighter-colored sweater and Joycelyn in the black — each landed solid blows on the other, and at one point Azriel dragged Joycelyn across the floor.

There were several other people present during the fight, who eventually stepped in, but not before some serious damage was done.

TMZ broke the story … once cops showed up, Azriel was taken to the hospital. Joycelyn later surrendered to cops and was booked for battery. What’s odd is the video seems to show Azriel doing most of the ass-whupping!

This video will be included in a 3-part documentary titled “Precedents” that’s currently in the works. We’re told the project — produced by Shabazz from The Asis Entertainment Network — will feature interviews with Azriel, her family and some of Kelly’s friends and family.

As for Kelly’s case, we’re told Azriel is seriously considering working with federal prosecutors … but she’s afraid her previous lies to investigators could get her in legal trouble.

Then again, we know the feds are usually willing to make a deal to nail their target — just ask Tekashi 6ix9ine.