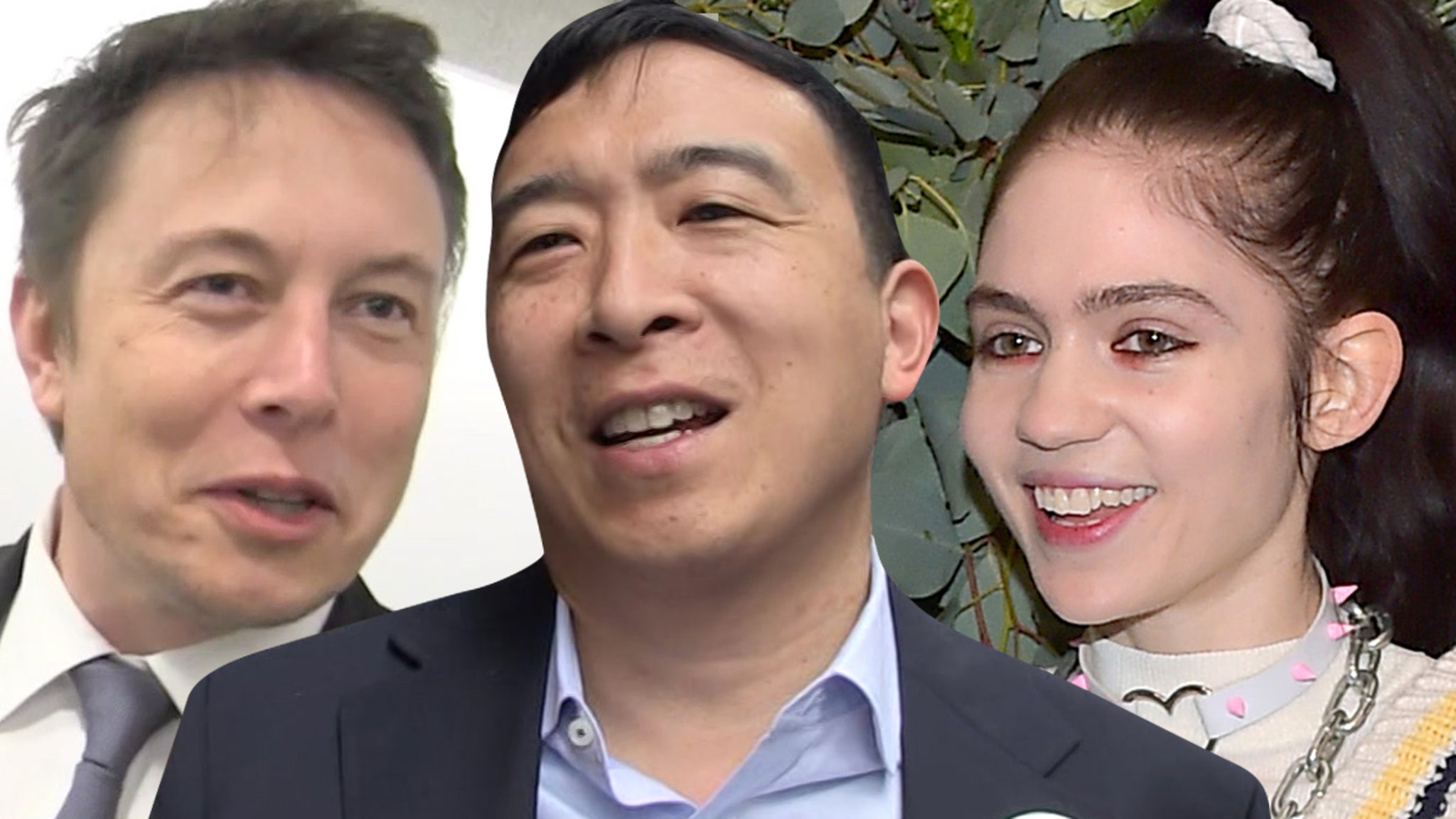 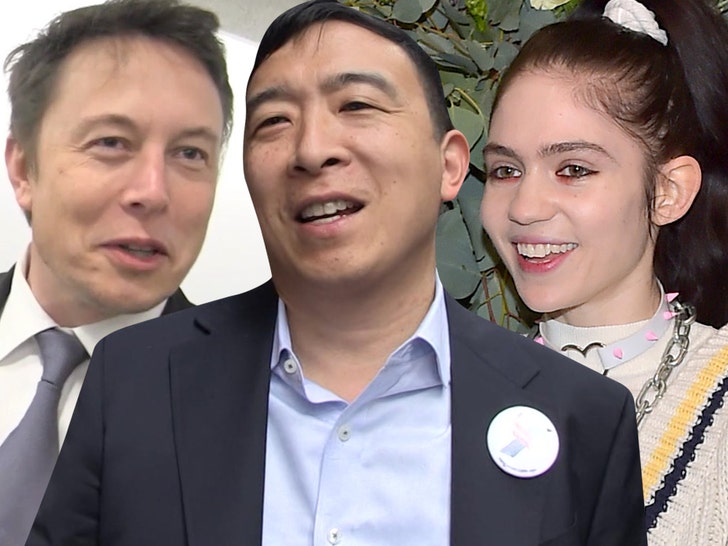 Presidential hopeful Andrew Yang was among the first to congratulate Grimes and Elon Musk on what sounded like an announcement of the couple’s first child.

Grimes left little to the imagination Wednesday when she posted a pic on Instagram showing her naked torso and a fetus photoshopped on her stomach. 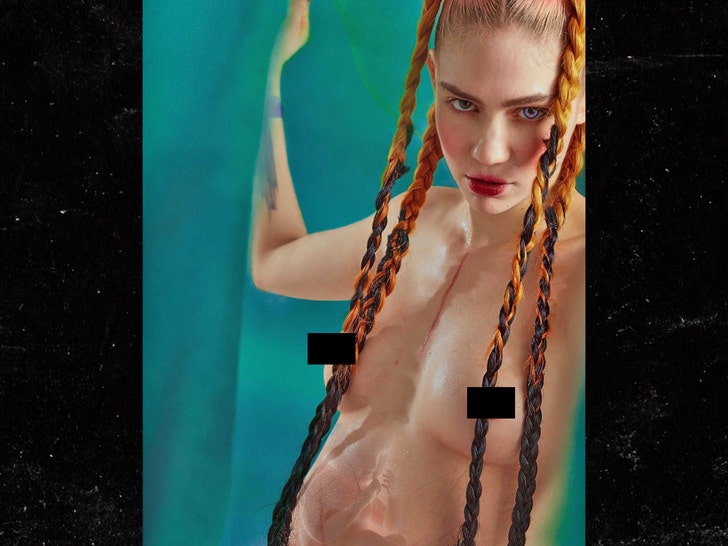 Yang was quick to chime in, saying, “Congrats Grimes and Elon – that’s amazing!” 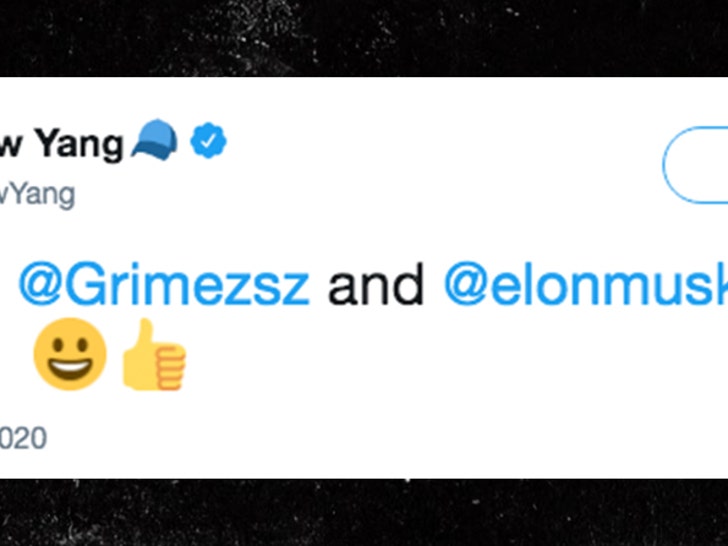 While Grimes never flat-out said she’s pregnant, many speculated she is after she commented, “I thought about censoring them (her breasts) for a hot minute haha (this may get taken down anyway) but the photo is much less feral without the nipples. Plus being knocked up is a very feral & war-like state of being. Might as well be what it is.”

Elon has made it very clear, he’s a Yang fan … tweeting back in August, “I support Yang.”

Grimes and the Tesla CEO have been dating since at least 2018 … when they arrived as a couple at the Met Gala. Elon has 5 other sons from a previous marriage … a set of twins and triplets via in vitro fertilization. This would be Grimes’ first child.