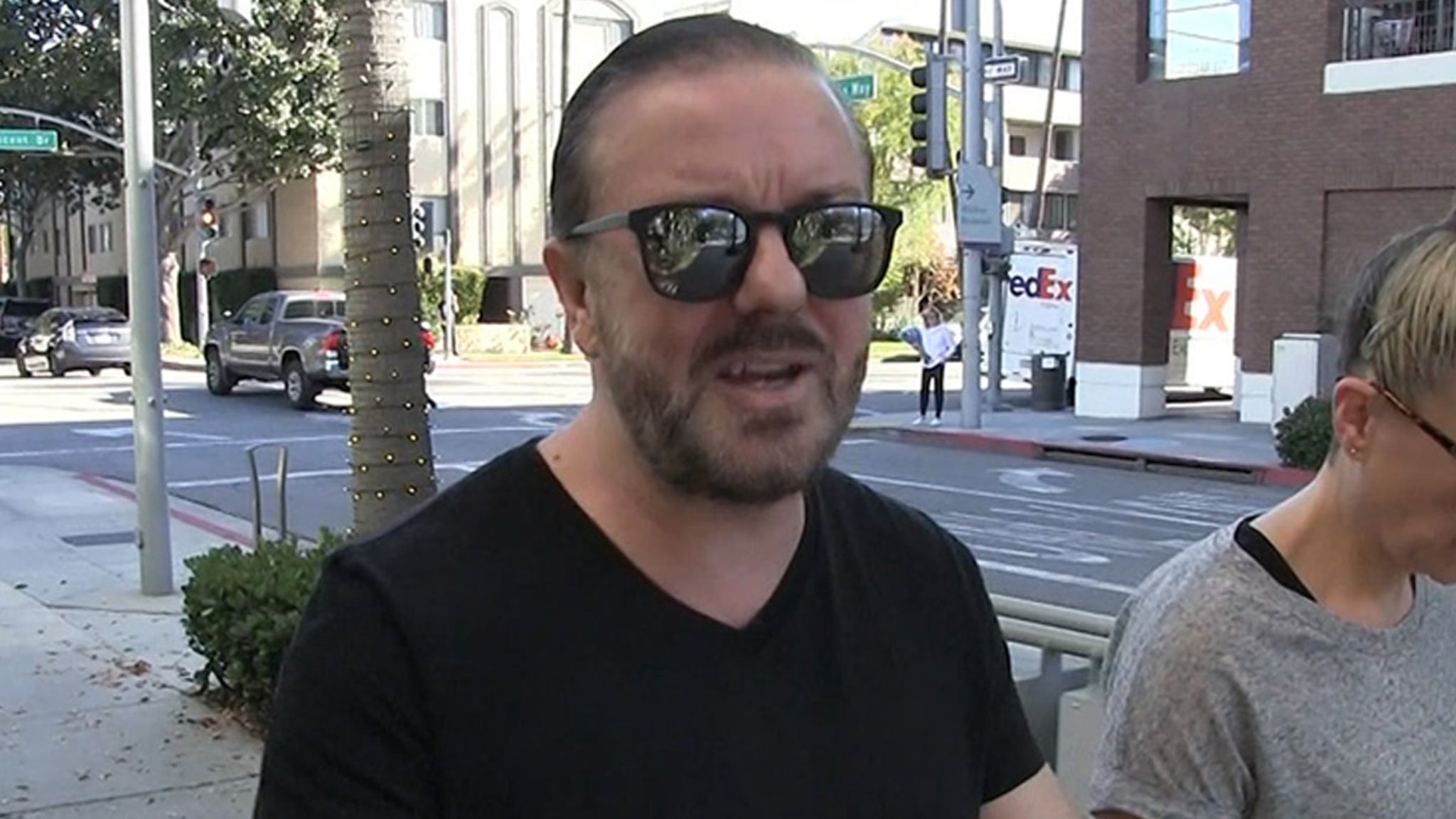 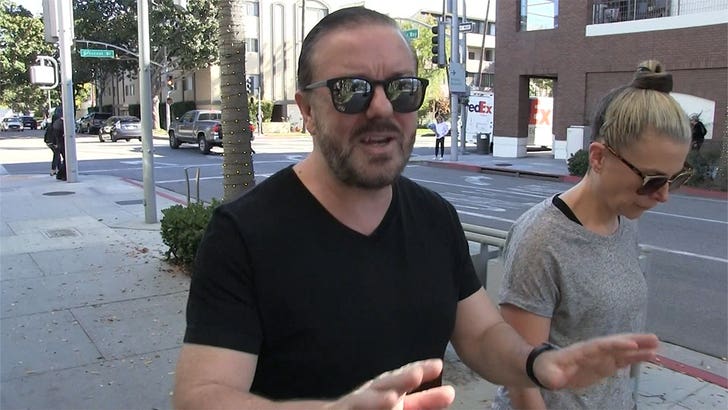 11:58 AM PT — Ricky was out Monday morning in WeHo and dude’s still on fire. The comedian’s asked how he enjoyed the Golden Globes … saying he loved it — but only after it ended. Classic. Ricky also doubles down saying he’s NOT hosting these awards anymore … or so it seems.

Ricky Gervais went scorched earth to kick off the 77th Golden Globes … taking shots at the biggest names in the room … and a couple who weren’t there.

The Leo jab was related to the 3-hour-long “Once Upon a Time in Hollywood” — Ricky joked by the time the premiere was over, Leo’s date was too old for him. He added Prince Andrew — an old Jeffrey Epstein acquaintance — even thought Leo’s GFs are too young.

Gervais openly stated his 5th time hosting the Globes would be his last, so he was going out with a bang — also taking down R. Kelly, Michael Jackson and even his bosses at the Hollywood Foreign Press Association … which runs the GG.

He went for some low hanging fruit too … like ripping the movie “Cats” — which no one’s seen — taking direct, and VERY lewd shots at a couple of its stars — James Corden and Dame Judi Dench. You gotta see the Dench joke, ’cause even though much of it had to be bleeped … ya get it.

Ricky warned winners not to use their acceptance speeches for political purposes, because they’re ignorant, and spent “less time in school than Greta Thunberg.”

Helluva way to go out on Ricky’s part — but he did plead with the room to not take his remarks too seriously, because … “they’re just jokes, and we’re all gonna die soon.”