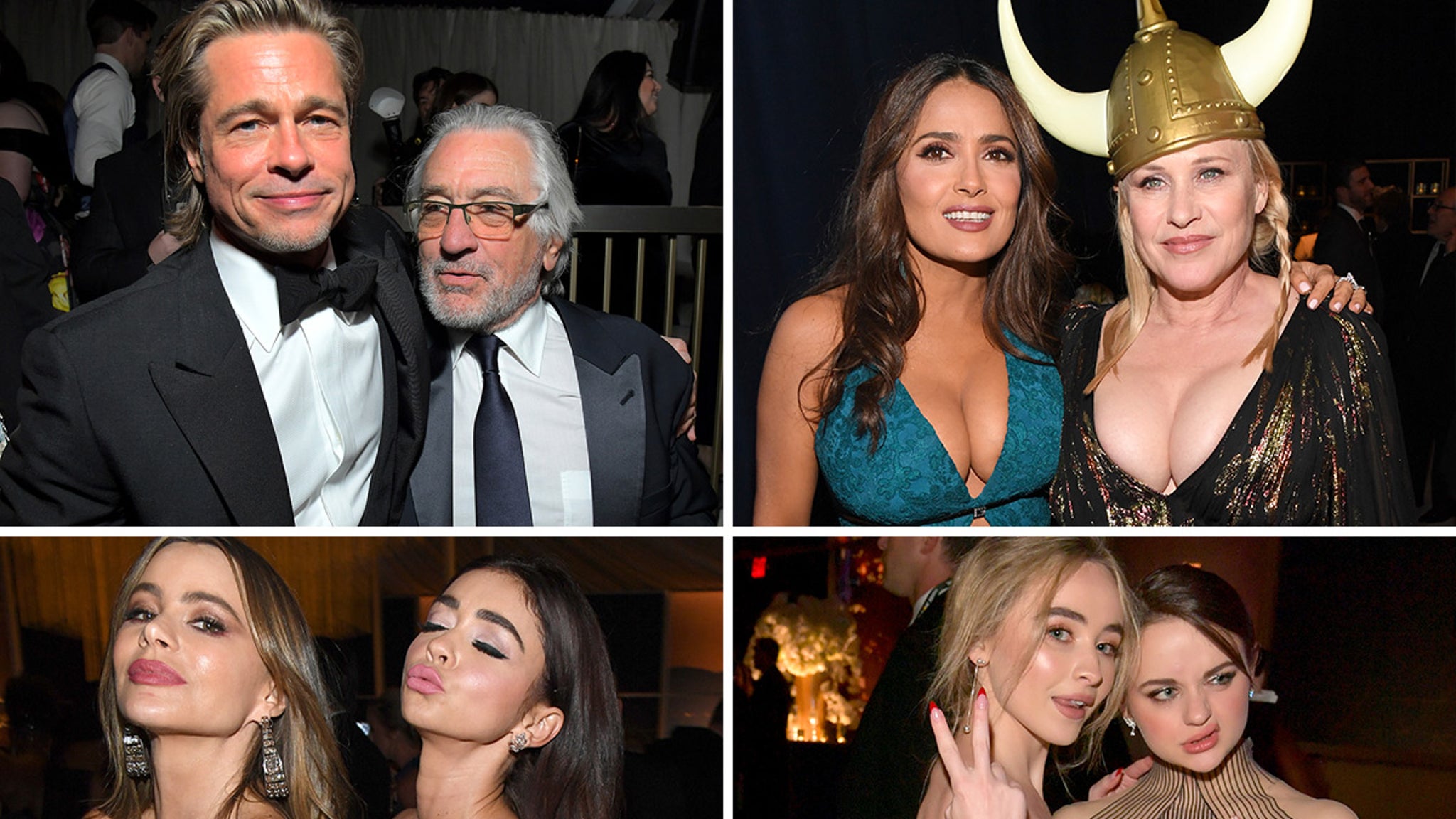 As the Golden Globes broadcast wound down, the after-parties fired up — and it was truly a who’s-who of Hollywood … ’cause everyone and their mothers came through.

Some of the biggest studios in showbiz threw their own respective shindigs, including Hulu, Amazon, HBO, Netflix, Warner Bros. and others. That was more than enough to get mostly everyone who’d just been at the Beverly Hilton to come out for another hurrah.

Other stars seemed to be down to pose as duos, like Sofia Vergara and Sarah Hyland; Salma Hayek and Patricia Arquette; Nicholas Braun and Robert Greenblatt; Sabrina Carpenter and Joey King; Lisa Bonet and Zoey Kravits; Jason Momoa and Sacha Baron Cohen … and lots more.

If you thought anybody who’s anybody was at the Globes, the parties afterward were exponentially even more so. Bottom line … if you’re famous, you were at one of these.