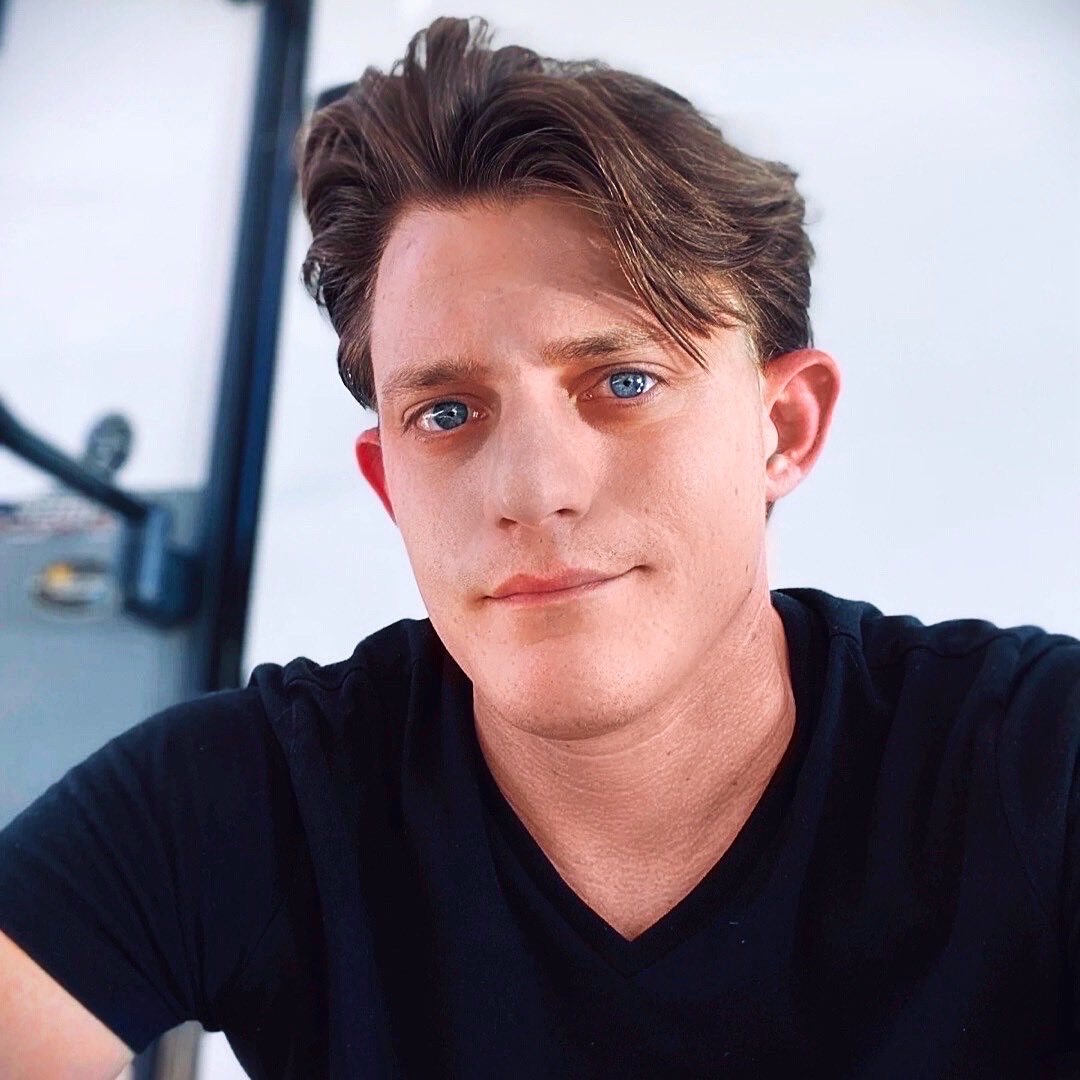 When did you make up your mind that you wanted to be a musician?

I had a natural talent for music as a kid, and it quickly became my favorite hobby. There was an affinity about applying my motor skills to create sounds and trigger emotions. I always knew music held a significant place in my life. I learned a few instruments along the way like piano, guitar, and trumpet, as well as developed some basic production skills, but in the past it was hard to envision myself applying this as a full-time career. I didn’t necessarily see myself playing in a band. I preferred to make my own music and started DJing to share my other tastes in music and to unite people in a live setting. As technology evolved, electronic music became more prevalent, and in 2016 I decided that was the route I wanted to take. So I started building my artist brand as DCPA, producing music with other artists, and DJing all sorts of events. In 2020 I committed fully to the craft and left my accounting career behind.

Danny Hughes (DCPA) is a music producer and DJ based in Austin, Texas.  Born into a family of musicians, Danny discovered his passion for music early on. Not foreseeing a professional future in music at that time, he pursued accounting in college and graduated from Texas Tech University with his master’s degree in 2011. Danny moved to Dallas, Texas to work as a certified public accountant. As the electronic dance music scene rose to prominence in the U.S., he decided to direct his resources and musical knowledge toward acting on his true passion of producing music, and in 2016 released his first EP, also becoming a DJ to showcase his own music and others who inspired his journey. By 2020, Danny realized that to fully realize his vision he would have to commit full time to the music scene. Exhausted by living a dual life and the dynamic caused by a global pandemic, he left his accounting job and moved to Austin, Texas, partnering up with talent agency Tammy Miranda Music Productions. Danny now works with artists worldwide producing music and DJ’s all manner of events in his home state of Texas.

Please discuss how you interact with and respond to fans.

I interact almost always through direct messages on social media or in-person at shows. It gives me a lot of energy I need to push forward with my purpose of making music. Some conversations go deeper than others, but I appreciate everyone who contacts me all the same.

When performing and the crowd is singing along, how does that energy make you feel?

It’s hard to explain, very ‘out of body’. It’s that point where your purpose as a musician comes full circle. In a full 4 hour DJ set I’ll be mixing up a lot of hit music people are familiar with, but then I’ll throw in my original music and watch them catch on to the lyrics and start chanting along, or even see people pulling out their phones to Shazam the DCPA songs I’m playing. Those are special moments for a creator. I’ve done many shows where someone in the audience comes up for a first-time introduction, not knowing my music at all before that night, and then they become personal fans. I’m not the type to shout out myself on a microphone or seek attention on social media, so those random interactions and observations from the in-person crowds are my favorite.

What’s the biggest highlight of your career thus far?

When I received my first offer to be a resident DJ at one of the Dallas uptown bars, I knew that my hobby and music project as DCPA was about to turn into something much greater. Money isn’t the point of making music but even still, getting paid for something you’re passionate about is empowering and brings about existential fulfillment that can’t be replicated. That series of bar gigs would serve as a major catalyst and validation for my change in career from accounting to music and empowered me on my journey to Austin.

Is there a hidden meaning in any of your music?

My music can feel light-hearted with regards to the sound and the lyrics, but I intend for the undertones to be eclectic, transcendent and invoke spiritual energy. Music connects our third dimensional world with the universe and our higher selves. One thing I love most about music is that the same song can mean something different to many people, but they can all still unite around it.

Which famous musicians have you learned from?

All different types, from the historically known classical artists to rock bands, pop stars, rappers, and modern superstar DJ’s. I’ve always enjoyed learning about the evolution of music, instruments used to create it and the methods of other artists. My biggest inspiration has been ATB (André Tanneberger), a producer and DJ from Germany.  ATB incorporates all different styles of music I mentioned and does it in a way that sounds truly unique. I’ve been listening to his music since the 2000’s and have been to many of his shows. It’s inspiring how he has changed the landscape for music, creating opportunities and setting the example for artists like myself.

Music is very subjective despite having a certain set of rules and techniques that make it ‘sound’ good. I judge music and performance more based on how they make people ‘feel’. Invoking feelings and transmuting energy is the real purpose of artistry.

How often and for how long do you practice?

I’ve always been bad about practicing, and that goes back to my early years. Once I learn an instrument, I tend to only motivate myself to play it in a live setting. That’s why I gravitated to more of a producer role where I can write and play short recordings and arrange them into full tracks to be listened to or put in my DJ sets. As a DJ I focus more on song selection, relying on my library and knowledge of music to adapt to various settings. My DJ sets are typically 3-4 hours, 1-3 shows a week, so I get plenty of physical practice that way. My practice at home is more related to developing my production skill and less about the mechanics of DJing.

Do you have any advice for anyone wanting to sing as a career?

Vocalists have a lot of opportunities in music they may not see at first. I think a lot of singers see mainstream pop artists and want to model that, but there’s a lot more ways to fill the singer-songwriter role than to become a pop icon. My advice is to be open to having two separate careers/identities as a vocalist. The first starts out behind the scenes, where you are working on your own sound, persona, songs which define you, mastering an instrument or learning how to produce music on the computer. The second career is more service-oriented. You can sing in cover bands, record pre-written songs by other producers for a fee, sell ‘stem’ samples online, consult others in their songwriting, etc. Eventually, you can pursue either one of these full-time, you might even find that you enjoy studio work behind the scenes more than being star-studded.

Who helped you most in your journey?

It’s those close friends and family who have always supported me without a second thought. They sacrifice time and resources to help keep me going and aren’t afraid to give honest opinions. That feedback goes a long way when it’s coming from the people who’ve known you most of your life. That’s not to leave out the agents and coaches I work with though, as those collaborations have all developed into similar friendships.

What would you do differently if you were to start over again from day one?

I’d commit heavily to playing piano and would have kept producing music as a hobby from high school through college. Mastery of the piano goes a long way in creative workflow. It’s hard to say whether I’d choose a music degree over accounting though. Much of my experience as a certified public accountant has empowered me to be who I am today, and how I navigate my music career.

If you could change anything about the industry, what would it be?

I would propose an increase for royalties earned from streaming and live performances. Currently, you really must be in the top 1% of artists online in order to make a living from royalties on the music itself. The money earned playing live on a weekly basis can keep you going, or you can earn a fee producing for other artists; but there are plenty of talented musicians who spend countless hours making great music on their own who either don’t want to be live performers or are physically restricted from doing so. We live in the on-demand streaming era of music, so I believe people who commit to that side of the industry deserve to be empowered.

How would your peers describe you in the music industry?

I’ve been called unique many times, also referred to as an artist with courage and a creative risk taker. At one point I thought I’d stick out as the accountant in a room of musicians, but what I’ve learned over time is there are tons of us who worked in corporate jobs or committed to other fields of study while also breaking into the music scene.

How would the people closest to you describe you outside of the industry?

Someone who is driven, purposeful, focused on my craft and vision, but always committed and willing to make time for others.

Do you have any hobbies or interests outside of music?

I enjoy photography and graphic design, both of which go hand in hand with a music career. I spend about half of my time outdoors, going on hikes or travelling.