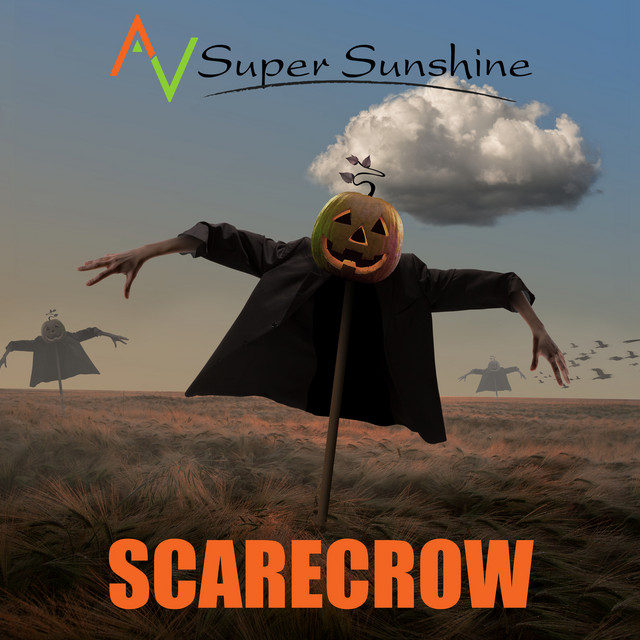 AV Super Sunshine has been rocking the American underground for a minute now, but in his new single ”Scarecrow,” I think he makes it pretty obvious that he’s starting to outgrow the insularities of his indie scene. There’s a restlessness to his vocal in “Scarecrow” that is the opposite of off-putting; it actually feels like a battle cry calling for us to wage war with whatever mundane circumstance has kept us unhappy and frightened in life. This is one of the more cathartic slow jams I’ve come across in a long time, and worth taking a second look at this October.

There’s a lot of swagger in AV’s performance of this song that makes me believe he’s quite confident in where he’s going artistically at this moment, but never a shade of cockiness in his overall delivery. I think the experimental nature of his vocal placement in the arrangement is telling of his interest in trying something a little different than what he’s already been going for in previous works, and if now is the moment he’s choosing to make a big move towards evolution in his music, I don’t know that he could have picked a better time in history to do so.

Historically, there’s been a separation between the emotional meaning in a harmony versus a verse in pop, but that’s not true of “Scarecrow” at all; this is a composition designed on the principle of cohesion, and it starts and ends with the way the melodies push these lyrics unto us. AV is telling us something that requires more weight than mere words can deliver on their own, and by using the harmonies here to create pressure on the narrative, he makes his case all the more impossible for listeners to reject when they hear it for the first time.

The percussion in this mix is muted from beginning to end, much in the style of the accents found throughout the tracklist of the last Monsieur Job record, but I actually think this was a lot smarter than inserting something a little more familiar and, more likely than not, predictable to the audience. With AV’s cadence setting the rhythm up with the bassline, we don’t need a ton of crashing from the drums in the background, but the opposite. Turning this into a beat festival would have completely robbed these lyrics of their ability to cut into the soul of the listener, which is always desirable in this kind of release.

I really love where AV Super Sunshine is heading with this sound, and though having a solid game plan is the first step in getting from the bottom to the very top in this game, it’s going to be his talent that eventually puts him into the next class of pop stars. He doesn’t get in the way of his own development by trying to overstimulate us with frills; he knows that giving listeners the meat and potatoes of his style is what wins the most favor, and moreover, best expresses what he has to say.

The music of AV Super Sunshine has been heard all over the world in partnership with the radio plugging services offered by Musik and Film Radio Promotions Division.  Learn more https://musikandfilm.com