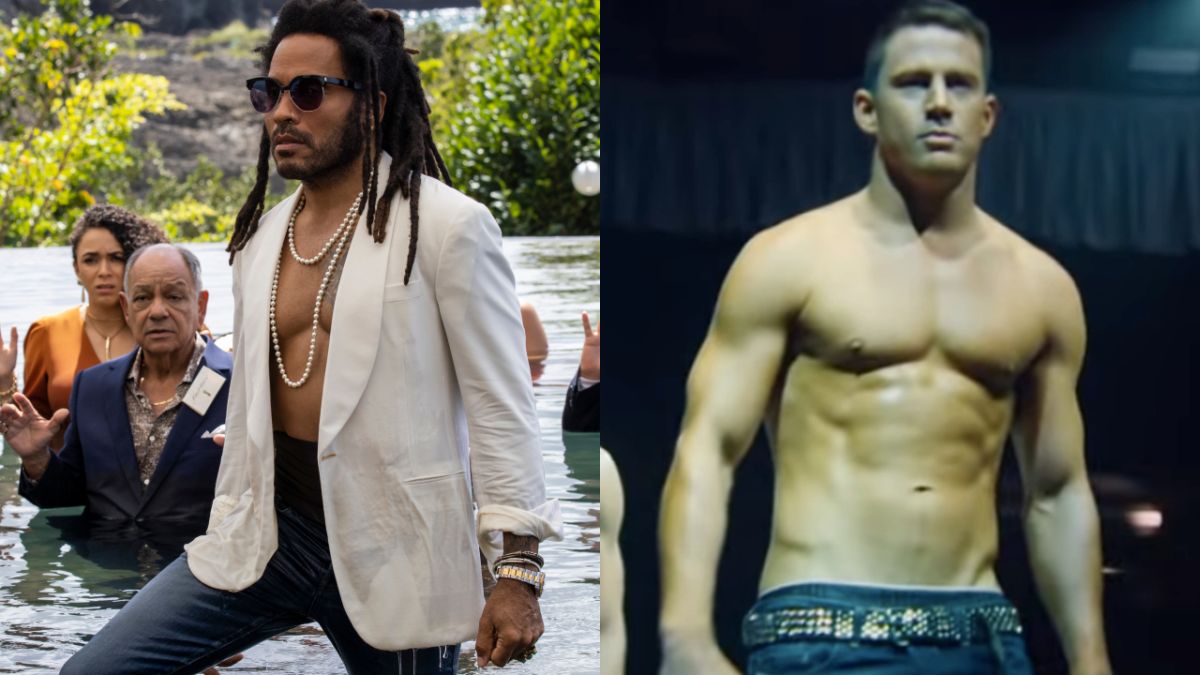 In the world of musicians-turned-actors, Lenny Kravitz probably has one of the most unique resumes out there. Claiming roles in projects like Precious and The Hunger Games, as well a spot in the 2023 new movie releases with Shotgun Wedding, the man’s shown he can do a lot on screen. Apparently Kravitz has taken that very fact to heart, as he’s doubled down on trying to become a part of the Magic Mike franchise alongside Channing Tatum.

You can blame Instagram for this chain of events, as the elder Kravitz laid down a thirst trap that got both his daughter Zöe and her boyfriend/the star of Magic Mike’s Last Dance to crack the same joke. That gag was obviously questioning whether or not Lenny would want to audition for that very sequel, which is currently in production. See the pictures for yourself below:

As ET picked up on these humorous threads, it led to Lenny Kravitz making the following statement in connection. Whether or not he’s joking is something we’ll leave up to you dear readers to figure out:

Oh, Lenny: if only you’d said something before Magic Mike 3’s big announcement. You know, the one where the title mentioned this third installment being the “last dance.” However, Lenny Kravitz’s hopes to get on the floor aren’t as ill-fated as you’d think.

It wasn’t too long ago that Magic Mike’s Last Dance scored a theatrical release, shifting director Steven Soderbergh’s threequel from an HBO Max original into a full-fledged cinematic event. All of this hype and excitement could leave fans wanting more, and the No Sudden Move director has stated that there’s potential for spinoffs that aren’t centered around Mike Lane. So if Lenny Kravitz is still rocking abs like the ones in that infamous thirst trap, he might have pretty good odds when it comes to snagging a starring role.

Honestly, how could you say no to abs like those? Channing Tatum might be done with that Magic Mike life, but if Lenny Kravitz is serious about wanting to get into the franchise, the world would probably take that deal. It’s something to think about, just in case the play to send Magic Mike’s Last Dance to theaters pays off the way everyone hopes it will. In which case, Lenny had better keep up the good work, and the folks at Warner Bros better come up with a name for this potential universe.

Shotgun Wedding is set to debut on January 23rd, and it will be available only to those with a Prime Video subscription. If you needed further incentive to sign up for one, consider this your call to action. Meanwhile, Magic Mike’s Last Dance is heading to theaters, including a new lap dance from Channing Tatum, on February 10, 2023.