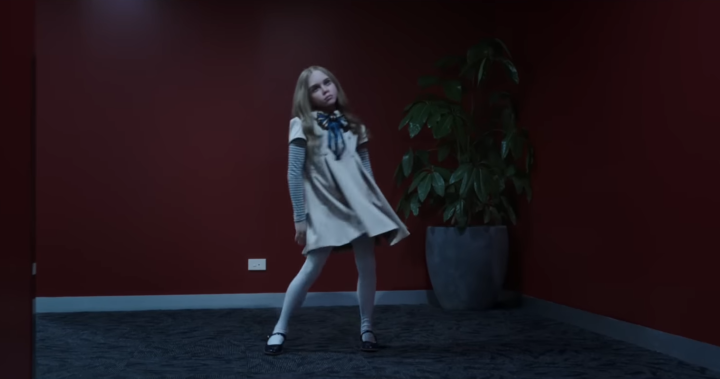 First there was Chucky and then there was Annabelle — now there’s M3GAN, the AI doll.

The newly released trailer for the horror film M3GAN was bound to attract attention online, but it’s not just about the robot doll’s creepy appearance or murderous tendencies — it’s about her meme-worthy dance moves.

M3GAN follows the story of Cady (played by Violet McGraw), an eight-year-old orphan, who moves in with her aunt Gemma (played by Allison Williams) after her parents’ sudden death.

Gemma, a researcher specializing in androids, decides to test her latest robot on Cady. The robot, a “model-3 generative android,” or M3GAN for short, is designed to be a companion for lonely children.

In the trailer, which was released Oct. 11, M3GAN is seen dancing theatrically to a Taylor Swift song during what is presumably a murderous rampage.

Her jig won M3GAN the affection (and fear) of social media users around the world, all while likely raising their heart rates too.

On Twitter, people have already created hundreds of memes in eager anticipation for the film’s release.

Will be seated for #M3GAN pic.twitter.com/mid5f9AOrW

M3gan before killing someone pic.twitter.com/6WFaoK2Bll

Chucky and Annabelle after watching the trailer for #M3GAN pic.twitter.com/uxOsY5Q6Fk

Several Twitter users even compared M3GAN to the infamous original Renesmee doll from the popular Twilight franchise. (The Renesmee doll was ultimately ditched from the film and replaced with a heavily CGI-ed baby.)

remember her? this is her now! #M3GAN pic.twitter.com/qxegL898Zu

She walked so #M3GAN could run pic.twitter.com/DMfFRSHwld

Even Grammy Award-winning rapper Megan Thee Stallion got in on the fun, tweeting “Not being biased but I think they made this movie for me.”

Not being biased but I think they made this movie for me 😂 I will be the THEE FIRST in line to see M3GAN !!! https://t.co/x3B1w4BWIl

Love it or hate it, there’s no denying M3GAN can break it down, even if she is a fictional psychotic robot.