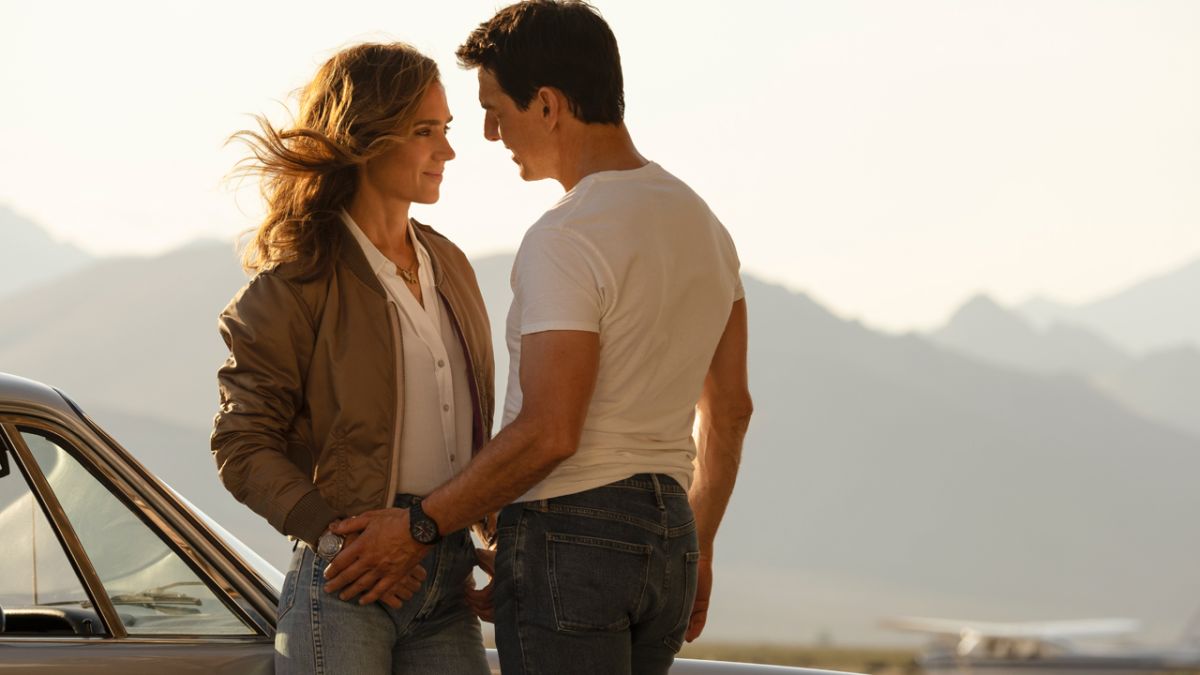 We’ve all been there: you’re out in public and you get stuck near some strangers in mid-argument. You overhear what they are discussing, and you know who is right… but do you say anything? It’s a tough situation in which to find yourself stuck, but it must be even worse if you’re a world-recognized trivia champion like Ken Jennings, who recently posted about such an encounter on social media.

Earlier this week the Jeopardy host evidently found himself on an airport shuttle and listening to a family have a debate about the movie Top Gun: Maverick. There was back and forth about whether or not the character played by Jennifer Connelly was featured in the original film from 1986, and Jennings took to Twitter to ask his followers if he should intervene:

A family in this airport shuttle is really getting heated over whether or not Jennifer Connelly in Top Gun: Maverick is a “new character.” Do I step in? What is my responsibility here.October 13, 2022

For the record: no, Jennifer Connelly’s character in Top Gun: Maverick is not technically a character from the Tony Scott-directed movie. Penelope “Penny” Benjamin’s name is mentioned a couple times in Top Gun, and the wonderful chemistry between Connelly and Tom Cruise definitely illustrates a long history between the on-screen romantic pair, but she is not actually featured in the 1986 blockbuster.

It seems fair to assume that Ken Jennings knew this bit of trivia while riding on the airport shuttle listening to the family have their “heated” discussion, and it’s totally understandable that he didn’t know whether or not to contribute to the discussion. After all, some people don’t take kindly to strangers eavesdropping, and Jennings probably doesn’t want to give the impression that he is showing off his intelligence.

In a follow-up Tweet, Ken Jennings compared his situation to a classic moment in the comedy Annie Hall. In the film, Woody Allen’s character has a fantasy about summoning philosopher Marshall McLuhan to quiet a pretentious stranger who is pontificating while standing in line at the movie theater. In this more modern situation, Jennings is McLuhan… but does he really want to be “that guy”?

Sadly the Jeopardy star didn’t post a Tweet answering whether or not he ever ended up providing the answer to the Top Gun: Maverick trivia, but either way hopefully the argument was eventually settled and peace was restored in the family.

For those of you who are still feeling the high from Top Gun: Maverick‘s blockbuster release this summer and want to go for another ride, the movie is still playing in 1,127 nationwide, so check your local listings (it ranked in tenth place at the box office this past weekend). The big screen is the best way to watch the film, but it’s also available for digital rental via Amazon (opens in new tab), Vudu (opens in new tab), Google (opens in new tab), and Apple (opens in new tab). The 4K and Blu-ray (opens in new tab) will be released on Halloween, and Paramount+ subscribers can expect to see it streaming before the end of the year.