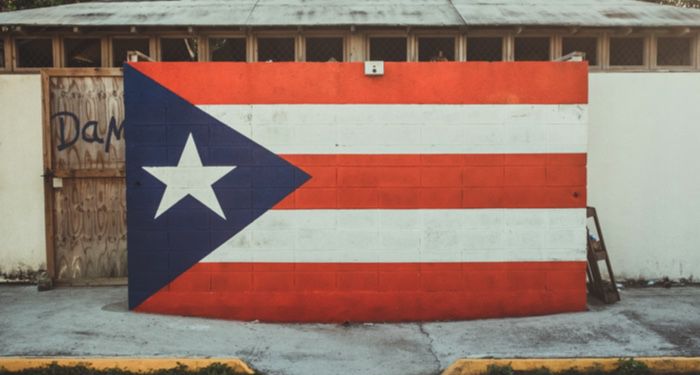 From Wednesday, October 12th to Tuesday, October 18th, Book Riot will be matching donations to Taller Sallud for hurricane relief in Puerto Rico, up to $2,500 USD. Read on to see why why we’ve chosen to support this organization and for instructions on how to donate.

On September 18th, Hurricane Fiona made landfall in Puerto Rico. The Category 1 storm brought record rainfall, flash flooding, mudslides, and sustained winds of 85 miles per hour, tearing off roofs, collapsing bridges, and ripping up sidewalks before an island-wide power outage left Puerto Rico’s 3.3 million residents in the dark. While power has been restored for some, up to 100,000 residents are still without power over two weeks later. According to the island’s health department, as many as 25 deaths have been linked to the storm.

Sadly, Puerto Rico is still recovering from the last time a hurricane tore through the island. Fiona comes almost exactly five years after Hurricane Maria left 3,000 Puerto Ricans dead and PR’s electricity system in shambles (a system that was fraught since before either of the storms came to pass). Read that again: 3,000 dead, an entire island’s power wiped. Maria was one of the most devastating natural disasters in 100 years, yet the Trump administration’s response to the event was to withhold $20 billion in hurricane relief. In spite of this draconian abandonment of American citizens in the wake of such profound tragedy, FEMA officials insist say they’ve learned a great deal from Maria and are in a much better place to respond to Fiona. Others insist there is still a long way to go both in preparedness and post-hurricane response.

Progress or not, thousands of Puerto Ricans remain displaced and in need of immediate aid. That’s why we at Book Riot have chosen to support Taller Salud, a community based feminist organization dedicated to improving women’s access to health care, to reducing violence within the community and to encourage economic growth through education and activism in Puerto Rico.

In Reading Color Newsletter
A weekly newsletter focusing on literature by and about people of color!
Thank you for signing up! Keep an eye on your inbox.

Here’s a little on their recent efforts:

Taller’s Salud’s reach and mission goes far beyond hurricane relief. They also operate programs focused on reproductive justice; political education and advocacy; safe recovery and housing campaigns; and youth justice. They are working to reduce gender-based violence affecting Afro-descendants and to dismantle toxic masculinity. They are a pillar in their community working daily to address the inequities facing the citizens of Puerto Rico, today and beyond the hurricane aftermath.

Today through Tueday, October 18th, Book Riot will be matching donations to Taller Sallud for hurricane relief in Puerto Rico, up to a max donation of $2,500 USD. To participate, upload a picture of your receipt for your donation in the form below (you can redact personal information). Check back next week, and we will upload our receipt to show how much we’ve raised together! Thank you for joining us in this cause, and click here to complete your donation.