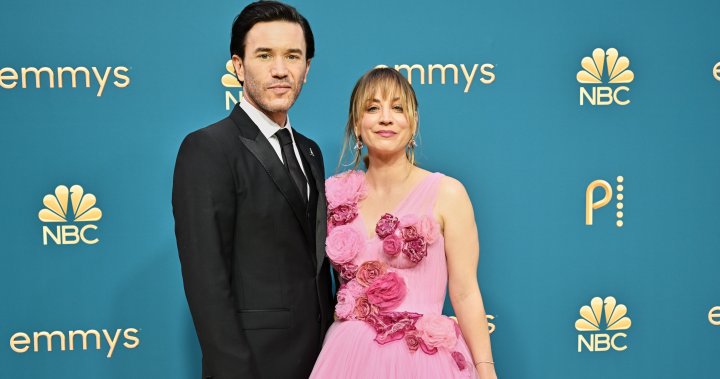 It’s going to be a girl for Kaley Cuoco and Tom Pelphrey!

The Big Bang Theory actress announced her pregnancy on Instagram saying, “Baby girl Pelphrey coming 2023.” She continued, “Beyond blessed and over the moon… I Love you @tommypelphrey!!!”

Pelphery also shared the happy news with fans on Instagram and wrote in a separate post, “And then it was even MORE BETTER. Love you more than ever @kaleycuoco.”

The couple shared an assortment of pictures from the days leading up to Tuesday’s big reveal. Kaley shared a picture from the gender reveal and also a picture of herself holding the pregnancy test, among others.

Cuoco and Pelphrey’s friends and fans posted congratulatory messages in the comments section.

Actress Odette Annable wrote, “Kaley and @tommypelphrey!!!!! I am so beyond thrilled for you guys!!!!! Beautiful beautiful.”

Cuoco and Pelphrey confirmed their relationship in May 2022.

Cuoco is best known for playing Penny in The Big Bang Theory. She currently stars in the animated series Harley Quinn and the popular TV show The Flight Attendant.