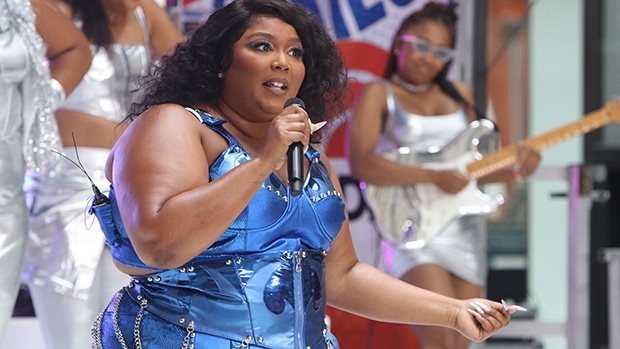 Like so many other Americans, Lizzo was outraged at the Supreme Court’s decision to overturn Roe V. Wade in June. The singer opened up about how infuriated she was and why she was motivated to donate half a million dollars to Planned Parenthood and the National Network of Abortion Funds in a Vanity Fair cover story, published on Tuesday, October 11. The singer, 34, called out the ruling in the interview. “The Supreme Court has politicized law and made it a weapon against human rights,” she said.

The “About Damn Time” popstar revealed that she was angered by the decision partially because she knew “plenty of people who would have died if they hadn’t had that procedure.” She explained that even though that motivated her, it shouldn’t be the only reason that people support having the right to get abortions. “These days, we don’t create laws that support people having health care, never mind abortions. How about letting people have access and resources and mind their f**king business?” she told Vanity Fair.

Lizzo also described herself as a “chronically disappointed optimist,” and she also pointed toward “white male supremacy” as part of the reason why the court had ruled to overturn Roe V. Wade. “It’s always been about white male supremacy in this country and the people who are complicit in helping uphold it—who are a lot of white women. The women who voted for Donald Trump. The façade that ‘America, we’re all in this together.’ No, we’re not. Black people have been dehumanized so much—especially Black women,” she said.

She also called for the United States to treat Black women better. “The way Black women have been treated in this country has made me feel very hopeless. I don’t think there was a time when [we] were treated fairly and with respect. If I see hope in this country, it will come from the accountability of the people who have the privilege. As a fat Black woman, this country has never gone forward; it’s stayed pretty much the same for me,” she told the outlet.

This isn’t the first time that Lizzo has spoken out against the SCOTUS decision to overturn Roe V. Wade. During her live show on the Special tour, she shows the phrase “My Body, My Choice” onscreen after her song “Naked,” which she also shared a clip of on TikTok.

In the interview, Lizzo also addressed getting to play former President James Madison’s historic crystal flute, which was met with backlash from conservatives. She spoke about being empowered to change the historical narrative. “I don’t want to leave history in the hands of people who uphold oppression and racism,” she told Vanity Fair.