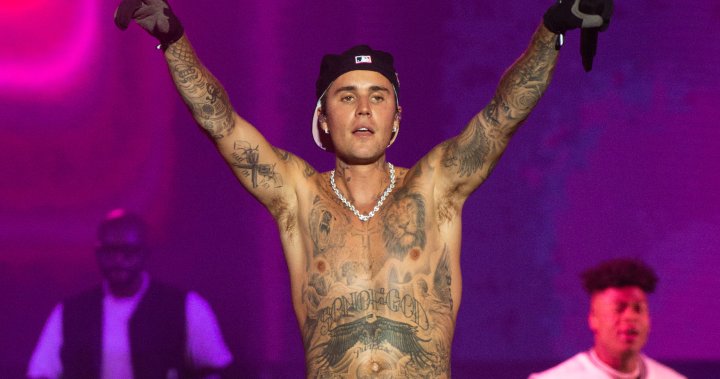 Justin Bieber is pulling the plug on the remaining shows of his Justice World Tour due to his health.

A statement on the tour’s official Instagram account says all remaining dates of the tour, up to and including March 25, 2023, are postponed to next year.

The Canadian pop superstar had initially sidelined the North American leg of his tour, including two Toronto dates, in June to deal with the fallout of his Ramsay Hunt syndrome diagnosis, which left half of his face temporarily paralyzed.

The Stratford, Ont., singer returned the following month with a concert in Italy, but later said playing a total of six dates that culminated in Brazil’s Rock in Rio performance over the weekend “took a real toll” on him.

He announced last month that another 12 shows were being cancelled because of his health.

The latest statement says ticket holders should wait for further news on dates, venues and cities.