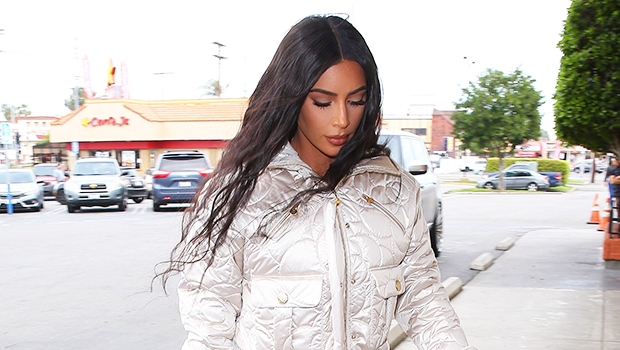 On the Oct. 6 episode of The Kardashians, which was filmed at the end of February, Kim Kardashian discussed her then-boyfriend, Pete Davidson’s, plans to head to space. “Jeff Bezos invited Pete to go to space,” Kim explained. “I really can’t believe that he’s going to go. It seems like such a scary concept to me.” Kim told her friends that she was planning on going to all of Pete’s training for the mission, but clarified that she was NOT going to space herself.

“I remember sitting in my kitchen with my dad, with my sisters and the teacher was on that rocket ship in the 80s [the Challenger] and it exploded,” Kim recalled. “I remember watching that and I remember what it felt like and my parents crying. And then you hear about all these other spaceships crashing and it’s really scary.”

However, Kim admitted that there was only one thing stopping her from going to space, and it wasn’t fear. “I understand the greater goal for our planet, but I always was like…can it blow up?” Kim explained. “After talking to Jeff and hearing how safe it is and all the testing and everything they do, I felt comfortable with [Pete] going. I was like, okay, if I didn’t have four kids, I would absolutely go. It’s 11 minutes, the whole trip.”

Unfortunately, Pete’s mission to space in March was postponed and he wasn’t able to make the new date, so he has yet to take the trip like he originally planned. Pete was definitely at the forefront of Kim’s mind during her trip to Milan on The Kardashians, but, as fans know, they have broken up since the footage was filmed. Kim and Pete split in July while he was working on a project in Australia. Although Kim visited him on-set, they ended their relationship shortly afterward.

Now, Kim says she’s totally single and focused on being a mom and becoming a lawyer, while also building her many different empires (she has a clothing like, SKIMs, a beauty line, KKW Beauty, and a skincare line, SKKN, amongst other ventures). However, fans are on the edge of their seats waiting to see who she’s linked to next!

Kim Kardashian As Marilyn Monroe: All The Times She’s Looked Like The Blonde Bombshell