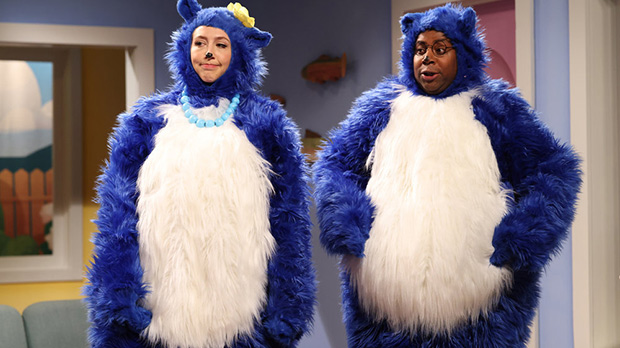 Fans of YouTube star Joel Haver believe that his content was stolen for a Saturday Night Live skit. Miles Teller hosted the Oct. 1 episode of the comedy sketch series which featured a skit called “Charmin Bears”, where the Top Gun: Maverick star played a young Charmin bear who wants to become a dancer, much to his families’ chagrin. Joel, who has over 1 million subscribers on YouTube, made a similar video in July called “Toilet Paper Bears” with nearly the exact same premise as the SNL skit.

“When it comes to these stealing accusations, I always err on the side of coincidence,” Joel said in his video response to SNL on October 4. “I think parallel thinking does happen more often than not. When it comes to the Charmin bears thing, there’s a lot of coincidences that would have to line up to make it truly a coincidence, but I don’t think it was malicious,” he added. “It was either a subconscious borrowing from somebody on their writers’ staff who saw my video, or it was a wild coincidence.”

Joel did admit that he found it “pretty alarming” at how similar his video from over the summer was to SNL‘s skit that also featured Kenan Thompson, Bowen Yang, and Heidi Garner. “I was like wow…usually when these things come up I’m like able to see its the same concept but they took it somewhere different…but this one was a little weird, I was like wow this one is very similar,” he said.

Overall, Joel isn’t mad about the “Charmin Bears” skit and believes there’s “inevitable overlap” that happens with so much content available online. “If I was still a small creator, which I was for a long time, I could see it rubbing me the wrong way and I’d be a little more likely to believe that they did steal it. I have to recognize that I’m in a position to not be bothered by it,” Joel explained. “I’m lucky in the event that SNL did steal from me, I’m lucky to be in the position to have my stuff seen by enough people that that would even happen,” he also said.