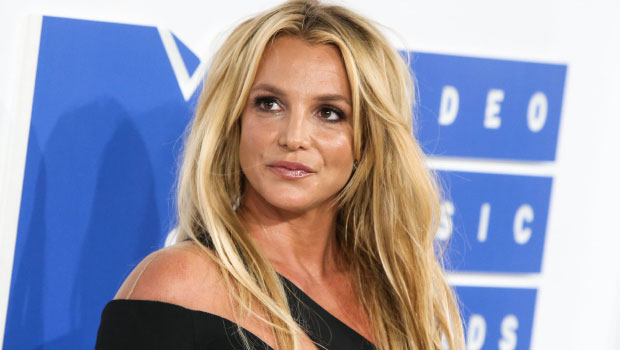 Britney Spears, 40, “cut all” of her hair off! The singer took to Instagram on Oct. 4 to share a new eye-catching topless video that showed her rolling on sand and splashing in water at a beach, and let her shorter hair peek through under a pink hat. She also had sunglasses on and smiled from ear to ear as a small ponytail was on display.

“I cut all my hair off … I don’t want to show it yet ✂️✂️✂️!!!” she exclaimed in the caption. It didn’t take long for her fans to comment and share their opinions about the new look. “Looking beautiful as always,” one fan wrote while another sent a friendly reminder for her to wear sunscreen. A third fan encouraged her to show more of the haircut and a fourth shared, “We love you Britney.”

Before Britney posted her most recent video, she made headlines for sharing a video of her doing a dance routine in a yellow top and black short shorts. “Nails and sadness 💅🏻 !!!” she captioned the clip, which also showed her swinging her long ponytail around. Like her new video, it received a lot of kind words and support.

When Britney’s not getting attention for her social media posts, she’s doing so for her new collaboration with Elton John. Their song, “Hold Me Closer”, which a remix of Elton’s “Tiny Dancer,” has a music video that Britney didn’t appear in, but it turns out she was involved in the making of it. “Britney did have an active role in the production of the ‘Hold Me Closer’ video and she is so proud of it and the way that it turned out,” a source EXCLUSIVELY told HollywoodLife.

“She got super emotional and cried happy tears when she saw the final version,” the source continued. “The interpretive dancers were flawless and, being a dancer herself, she feels that they conveyed the feeling that she wanted the video to have, which is hope, love, and triumph. She loved the colorful element of the video and how every color of the rainbow is represented. She is very grateful to Elton for asking her to be a part of this, as it was eye-opening for her. Even though neither of them appeared, it was a very costly production.”

Jason Alexander: 5 Things To Know about Britney Spears’ Ex That Crashed Her Wedding