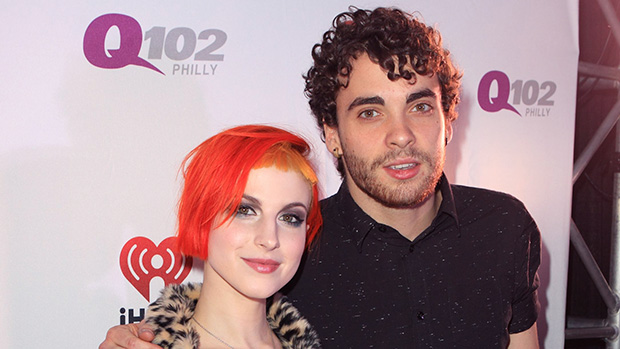 Paramore is back with a new song called “This Is Why” after a five-year hiatus… but that’s not the only reason their rabid fans are having a meltdown! After years of rumors, lead singer Hayley Williams and guitarist Taylor York confirmed that they are an item! In a new interview with The Guardian, the couple wouldn’t comment further, other than to say they are indeed dating.

One follower even brought up the song “Crystal Clear” from Haley’s 2020 solo album, Petals for Armor, which many believed was an admission of the couple’s romance. “Acting surprised about Taylor York and Hayley Williams as if ‘Crystal Clear’ doesn’t exist. I’m just stupid idk,” the fan tweeted. Of the song, Hayley once said in an interview with Pitchfork, “Despite my fear, my toughness, or any resistance to vulnerability, I couldn’t help falling in love.”

Hayley had previously dated Paramore bandmember Josh Farro, whose brother Zac is still part of the band. Josh walked away from the group in 2011. As of 2020, Hayley still appears on the outs with Josh, as she called him out for alleged homophobic social media posts. “There’s a reason there are only 3 people left in @paramore. surprise, haters, it ain’t cause of me,” Hayley tweeted at the time.

In 2016, Hayley would go on to date and marry New Found Glory lead guitarist Chad Gilbert. After 16 months as a married couple, they pulled the plug on their relationship. During their union, Hayley also struggled with depression. “It helped me realize that I shouldn’t have ever married my ex and that love is not something we can just extract from one other,” she wrote in an essay for Paper at the time.

Regarding her mental health, Hayley told The Guardian that she is in a much better place than she was before the hiatus. “Some days I feel so over it, almost to the point of apathy,” she explained. “But that’s the struggle – that you have to fight.”

Exclusive Interview With Danny Hughes (DCPA)
Exclusive Interviw with Avery Roberson
Change is Everything with Some Days Are Darker
“Just Like You” by Chris McCooey
Elektragaaz Releases “The Synaesthetic Picture Show: Part 6”