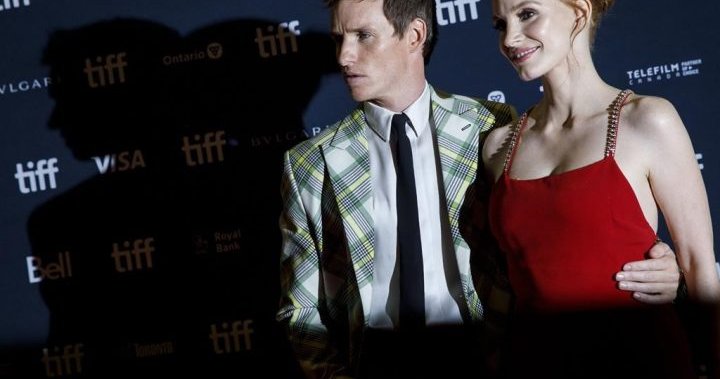 As tributes to the late Queen pour in around the globe, celebrities and filmmakers at the Toronto International Film festival are sharing their own reflections on the long-serving monarch.

Queen Elizabeth II died at her summer residence in Scotland on Thursday, the opening day of the festival, at age 96. She had reigned for 70 years.

London actor Eddie Redmayne, who received an Officer of the Most Excellent Order from the Queen in 2016, said she was someone he greatly admired.

“I didn’t speak for long with her, but she has this extraordinary smile of genuine warmth that made you feel at ease. She’s someone who I think has extraordinary resilience and had an amazing sense of duty,” said Redmayne, who was in town to promote the Netflix film “The Good Nurse,” premiering at the festival.

Brendan Fraser, Harry Styles among stars to be toasted at TIFF Tribute Awards

Redmayne said his grandmother, who is about to turn 101, received a letter from Buckingham Palace on her 100th birthday — as is customary in the U.K. — that she keeps by her bedside.

“She’s a very important person in my life,” Redmayne said of his grandmother.

“Both my mother and the Queen do tie us back to the history of the 20th century and everything that our country has been through.”

The Indigenous feature “Bones of Crows,” which is also screening at the festival, includes a very pointed reference to the monarchy’s role in establishing residential schools in Canada.

Marie Clements, the writer/director and producer of the feature, was among those reflecting on Crown-Indigenous relations, and the colonial legacy of the Royal Family.

“People are reacting to her death, which is, you know, a significant thing in our histories but I think it’s worth a closer look at some of their commitment to some of these things we’re currently still dealing with — the residential school, all of it was partnered by the Queen,” says Clements.

“It’s not like it happened overnight. It was a well-planned and executed plan, and strategy.”

He also said the red carpet for a comedic film about the parodist was not the most tonally appropriate place for reflection.

“My parents and I — nobody my age or their age has ever lived in a country without her, so it feels really inconceivable and surreal right now. But this is not the place for an extended discussion of that particular … sadness.”

“I once had the pleasure of sitting next to her at a dinner and she put her lipstick on without looking in the mirror,” Mendes said. “I thought that was unbelievable.”