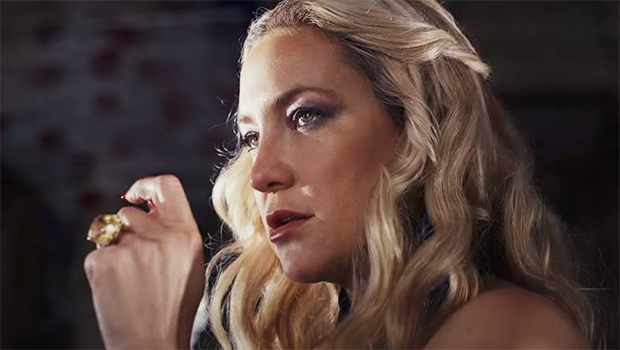 Detective Benoit Blanc is a man on a mission once again in the first trailer for Rian Johnson‘s Knives Out sequel. Glass Onion: A Knives Out Mystery follows Benoit (Daniel Craig) solving a murder in Greece with a whole new lineup of suspects. The trailer, released on September 8, shows a glimpse at those very suspects, played by an all-star lineup including Edward Norton, Janelle Monae, Kathryn Hahn, Kate Hudson, and Leslie Odom Jr.

While this ensemble of suspects think they’re enjoying a vacation in Greece, things take a turn when someone ends up dead. Det. Blanc is going to leave no stone unturned. He warns the group to lock their doors and stay in their rooms. “Everyone is in danger,” he says.

“The phrase I kept coming back to and talking about the first movie is, ‘It’s a roller coaster and not a crossword puzzle.’ It’s a common mistake in writing whodunits, thinking that you’re making a crossword puzzle, and that the fun is that the audience is actually going to analyze all this and figure it out,”
the writer-director-producer said in a statement.

The first Knives Out was released in November 2019 to big box office numbers and positive critics reviews. It was nominated for Best Musical/Comedy at the 2020 Golden Globe Awards but lost to Once Upon a Time In Hollywood. Daniel Craig starred in the film alongside Chris Evans, Ana de Armas, Jamie Lee Curtis, Toni Collette, Don Johnson, Michael Shannon, and Katherine Langford.

Netflix bought the rights to TWO sequels in March 2021 for a reported $469 million. Filming on Knives Out 2 took place in Greece during the summer of 2021. Of the sequel’s cast, which also includes Dave Bautista, Jessica Henwick, and Outer Banks star Madelyn Cline, Daniel is the only cast member returning from the first film. Glass Onion: A Knives Out Mystery arrives on Netflix on December 23.