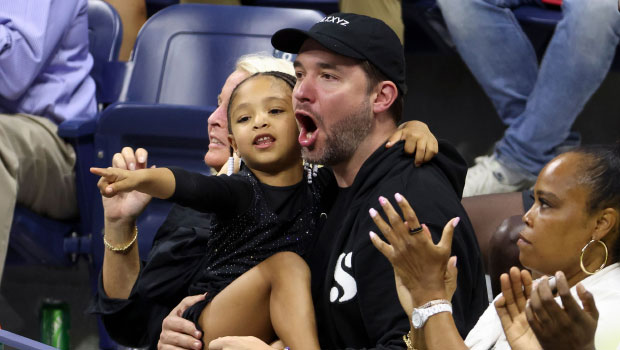 Alexis Ohanian and his daughter Olympia Ohanian were recently courtside at the Arthur Ashe Stadium cheering on Serena Williams during what looks to be her last U.S. Open. After the tennis icon lost in the third round, the family of three were lucky enough to take their minds off it by celebrating Olympia’s 5th birthday. Reddit co-founder Alexis took to his Instagram on Friday (September 20) to share an adorable photo album of himself and Olympia partying for her big day.

“How are you already 5️⃣ @olympiaohanian ??,” Alexis wrote alongside the cutest snap of him holding and kissing his baby girl. “I love you more every single day, you’ve made me a better man, and I’m so grateful your mama brought you into this world 💪 I’m gonna Uppy you forever!” The slideshow also included photos of the pair at the lauded tennis tournament.

Serena and Alexis welcomed their daughter in September of 2017, just months after being wed. A year later, the 23-time Grand Slam winner and Olympia both graced the cover of Vogue. In the adjoining interview,  Serena revealed that she would prefer for her baby girl to venture out and focus on a life outside of professional tennis. “I would hate her to have to deal with comparisons or expectations,” Serena explained. “It’s so much work, and I’ve given up so much. I don’t regret it, but it’s like Sliding Doors: Go through a different door and lead a different life. I’d like her to have a normal life. I didn’t have that.”

However, it was only two years later that Serena appeared to do a 180 and gushed about the possibility of Olympia following in her footsteps. “She’s a fan of tennis, she loves watching, you know,” the ahtletic icon said, following another victory at the 2020 U.S. Open. “I’m like, ‘I gotta put my career aside and get a racquet in her hand.’ Seriously, that’s what I told my husband yesterday. I’m like, ‘We gotta get a racquet in her hand,’” she added.