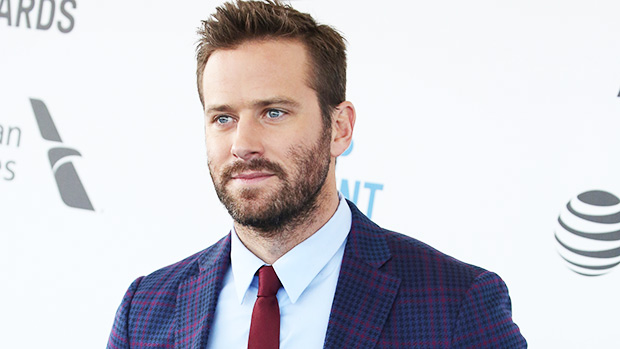 “On the outside, we were a perfect family. But magnify Succession a million times, and it was my family,” Casey Hammer said in the trailer for House Of Hammer, the three-part Discovery+ docuseries on the Hammer family. Casey, the aunt of disgraced actor r/, is at the forefront of the look at the Hammer family, which will address how every generation of the clan “has been involved in dark misdeeds” that just keep getting “worse and worse and worse.”

“If you believe about making deals with the devil, the Hammers are top of the totem poll,” she said in the trailer. “I know my grandfather [Armand Hammer] had a dark side, but I saw my father’s [Julian Hammer] dark side first hand. And I’ve seen my brother’s [Michael Armand Hammer] dark side. It was like a monster unleashed. Now it’s Armie Hammer.” With the series being available to stream on Sept. 2, here’s what you need to know about Casey.

Casey Hammer Is A Kitchen Designer

Casey works as a kitchen designer for Home Depot and lives in San Diego, according to a 2021 Vanity Fair expose on the Hammer family. She is estranged from the rest of the Hammer clan, and this new House of Hammer series is her a chance to shine some light on a history of darkness.

“Now, for the first time, Casey Hammer will tell not just her story, but the definitive family history, leaving no stone unturned,” read a statement on the series, per Deadline. “With new unfolding revelations and present-day consequences, this mini-series will provide audiences with a riveting journey into a family where reputation is everything and where things are never how they appear.”

Her Family Has A Long History Of Scandals

Casey’s great-grandfather, Dr. Julius Hammer, gave a wife of a Russian diplomat an abortion in 1919. At the time, Julius was a Russian immigrant living in the Bronx and was a central member of the Communist Party of the United States, according to biographer Edward Jay Epstein, who wrote Dossier: The Secret History of Armand Hammer in 1996 (per Vanity Fair). The woman died days later after the operation, and Julius was convicted of first-degree manslaughter.

Dr. Julius’ son, Armand Hammer, took part in Allied Drug. He moved to the then-Soviet Union, married a Russian singer, and had a son – Julian. In the 1950s, Armand divorced the singer, relocated to Los Angeles, married a wealthy woman named Frances Barrett Tolman, and invested her money into Occidental Petroleum. This company would eventually make the family rich beyond its dreams.

Epstein’s Dossier accused Armand of laundering money, using artwork to fund Soviet espionage, and bribing his way into the oil business. Armand’s son, Julian, killed a man inside his Los Angeles home in 1955 over a gambling debt. Armand allegedly had a friend deliver $50,000 in cash to a lawyer; Julian later claimed self-defense, and the charges were dismissed.

Casey Accused Her Father Of Sexually Abusing Her

In Casey’s self-published 2015 memoir, Surviving My Birthright, she alleged that her father sexually abused her when she was a child.

She & Her Father Were Given Little In Armand’s Will

When Armand passed away, he was worth an estimated $180 million. Casey and Hilary Gibson, Armond’s mistress (whom Armand made legally change her name from Martha Kaufman to Hilary to help hide her from his wife), said Armand promised that his estate would take care of the family. However, the will left only $250k to Casey and her father.

“All of a sudden, I’m in a bad Stephen King novel,” Casey told Vanity Fair about the fallout from the will. “My father is worried about why Michael [Julian’s son, Casey’s brother, and Armie’s father] got the Rolls-Royce. And I’m like, ‘Dad, you don’t understand. You’re going to be out on the street, no one’s paying for your house, no one’s paying for anything.’”

She Sued Her Grandfather’s Estate

One hundred claims and lawsuits were filed against Armand’s state over money that he allegedly owed. Casey said she settled for $1.4 million, while Armand’s mistress reportedly settled for $4.2 million.

However, as of 2021, she said she had about $100 in her savings account. “If you would have told me in my 20s that I would end up financially challenged, single, and working at Home Depot, I would have bet you a million dollars that wouldn’t have happened,” she said.

Her inheritance lasted for 18 years. “I never was taught to save money or to think ahead. I never thought it would end,” she said. “It’s okay, though. Because I broke the cycle, if that makes sense, and got away from the Hammer genetic trail.”