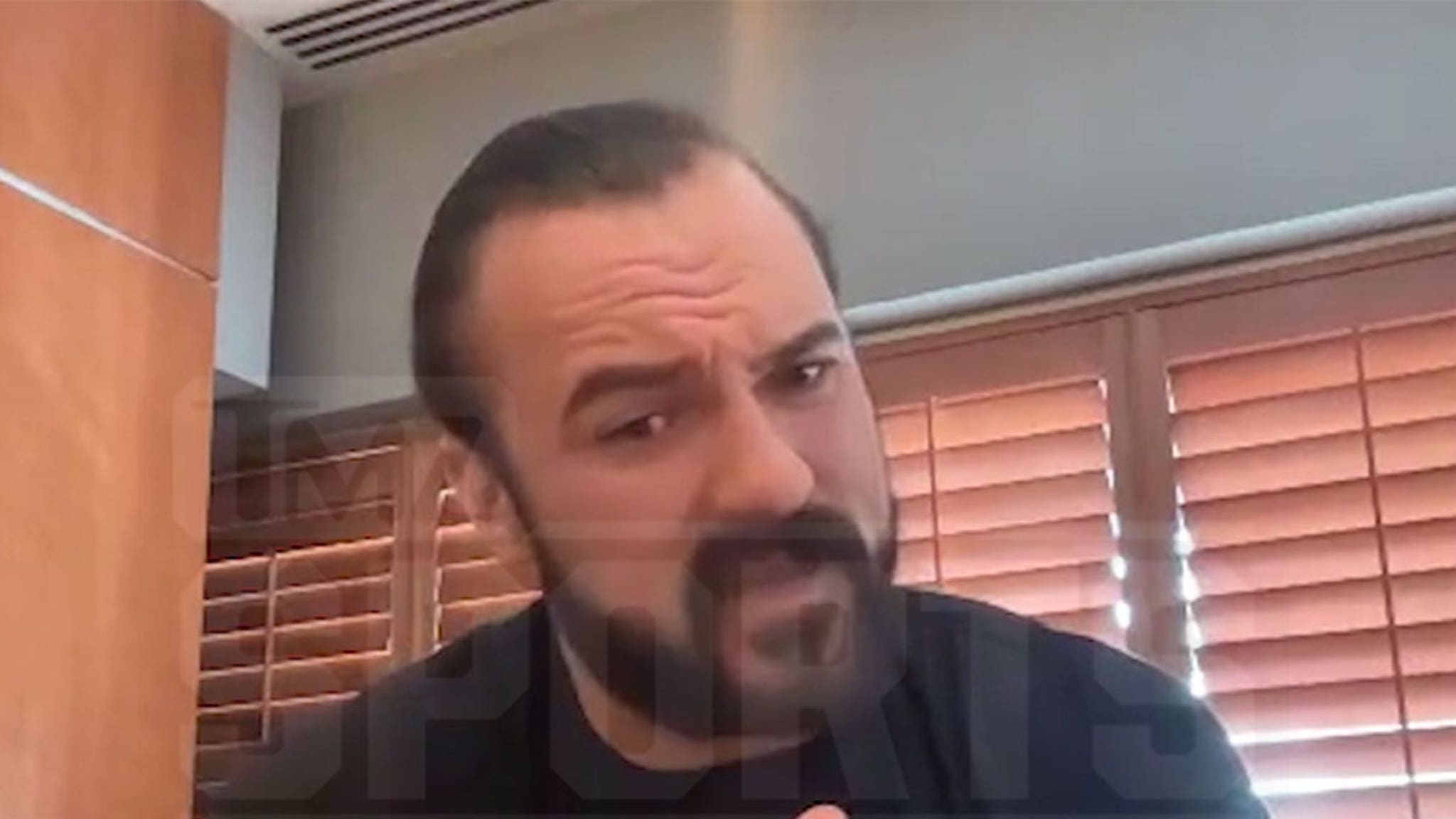 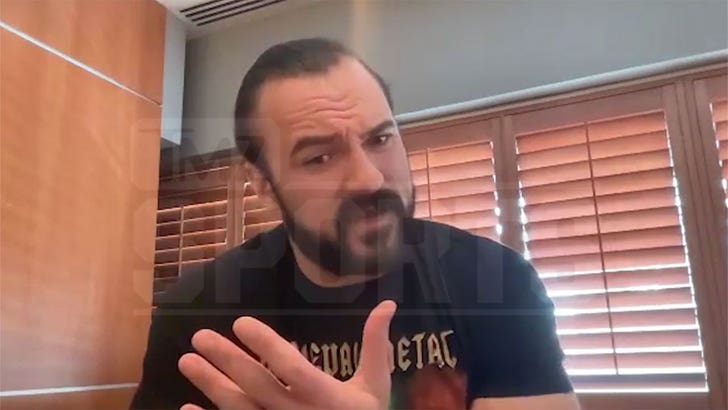 As WWE prepares to celebrate the 1200th episode of “Smackdown,” Drew McIntyre tells TMZ Sports he’s obsessed with beating Roman Reigns in two weeks at “WWE Clash at the Castle” … ’cause he has to finally win it all in front of fans!!

McIntyre and Reigns are set to meet face-to-face in the ring Friday night on a historic edition of “Smackdown” — one of WWE’s three flagship programs — and the former two-time WWE champ isn’t backing down from Reigns, whose held both titles for over 700 days!!

A huge milestone for the brand, the Superstars who’ve pushed it forward and a THANK YOU to the @WWE Universe who watched every week!

“I’m looking to raise those titles and Roman has been on this incredible run. But the truth is, it’s been 700 days,” Drew said. “He’s not here as often as he used to be. I do believe titles need to be represented every single week. He’s not able to do that these days.”

McIntyre — a native of Scotland — told us a victory at ‘Clash at the Castle,’ which will be held in Wales for the first time in over 30 years, would mean the world to him since his first two title runs came with limited or no fans. 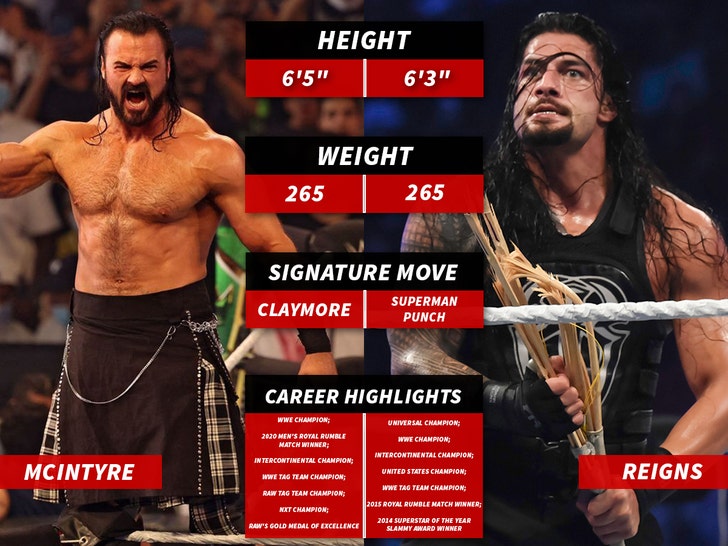 “I am very proud of the fact I was champion during that difficult time,” McIntyre said. “I’m glad I was the champ setting the example. As a kid, I had the dream of main-eventing WrestleMania, lifting the title in the main event and I did that.”

“But I also imagined there being tens of thousands of screaming people there,” Drew said. “Which there wasn’t.”

“I would like to have some live fans in attendance for that third reign and I have the biggest opportunity of my life to do that in the UK, in the heart of Wales, against Roman. This is something I couldn’t have envisioned as a kid because it didn’t exist.”

McIntyre — who beat Brock Lesnar at WrestleMania 36 to win his first-ever WWE title during the height of the pandemic — knows defeating Reigns will be a tall task, but, ultimately, the Scottish native thinks a victory near his home turf is what’s best for business.

“I think that titles need to be represented every single week and on the shows and in the live events and the appearances,” McIntyre said. “And I want to be that man to represent the company on the highest level.”

“I just have to do and complete the biggest challenge of them all and that’s taking down Roman and this current version of Roman.”

Khloe Kardashian Reveals Tristan Proposed Before Paternity Scandal: Why She Said No
Lil Nas X paused concert for bathroom emergency: ‘I was literally back there dropping demons’
‘Trick ‘r Treat’ Sequel in “Very Active Development” According to Michael Dougherty!
A Little Alone Time with Carly Rae Jepsen
‘Yellowstone’ Season 5 Trailer: John Takes Over As Governor & The Duttons Are Threatened