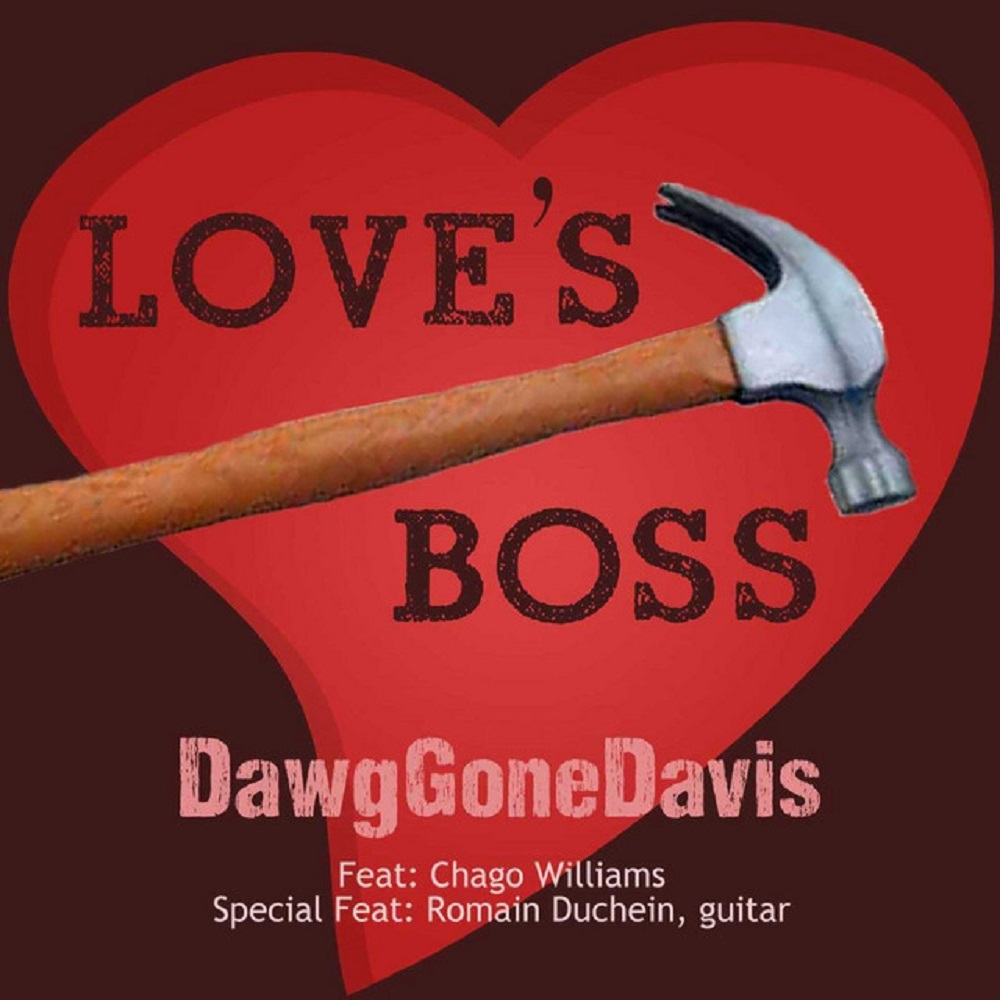 Frivolity and hilarity are the sources of motivation for Rebecca DGD’s audacious new single, “Love’s Boss.” Rebecca asks the question that no one knew they needed to answer, when she presses us with, “who made you Love’s Boss?” Until recently, Rebecca DGD had gone by DawgGoneDavis. She’s no rookie when it comes to her recording career, and she’s enlisted the assistance of some rather credible musicians. Producer, Hellmut Wolf, Lyricist, Chago Williams, Guitarist, Roman Duchein, and Drummer, Jack T. Perry, are all at the helm for “Love’s Boss.”

Rebecca DGD has decreed herself a Hip Hop artist, and she administers her own style of Rap on “Love’s Boss.” This time she’s upping the stakes though, with some blistering guitar work from the aforementioned Duchein. Roman rips and shreds through a pristine, but lively guitar solo in the latter half of the track. Jack T. Perry keeps the song moving with a bouncing and energetic drum performance. Chago Williams adds some more traditional vocal stylings to “Love’s Boss,” and nearly steals the show.

Rebecca DGD shows impressive breath control, and gives a verbose performance, for her part. Her tone is somewhat snarling and nasal, but it suits her untrained persona. There’s a rawness about DGD that ultimately feels more endearing than offensive. Her act doesn’t seem fabricated in the least and her authenticity gives her credibility that her detractors might otherwise obsess over. Unfortunately , her lyrics aren’t always entirely decipherable; something that might behoove her to focus on with future recordings.

There’s a lot going on in “Love’s Boss,” and it’s honestly a rather thrilling ride to take. The pace doesn’t allow you to focus on anything other than the energy the song is putting out. In some ways it feels like a vanity film project, with various cameos, but thankfully with much less of the vanity. Everyone worked together to produce the best track possible, and that is more than evident in the final mix. DGD seems like someone who gives everything she has in her performances, leaving no space for regrets.

Among the references on “Love’s Boss,” a cherry mash may be my favorite. The forgotten chocolate bar, might be lost on many from the modern generation, but it’s a fun callback for those in the know. In fact, DGD seems to have an affinity for many things cherry. She also drums up the ol sitting in a tree bit, which again, may be completely foreign to anyone born after the 90s. There’s a distinct nanny, nanny, boo boo tone to DGD’s delivery, and it’s unclear whether it’s intentional or not.

If there’s one takeaway from DGD, it’s to enjoy every moment you’re given, and be oblivious to doubters. “Love’s Boss” is simply meant to be accepted  for what it is. Rebecca DGD is an inspiration and a bit of a provocateur. She’s fearless and uninhibited; a freedom that isn’t privy to many. You’ve probably given 4 minutes of your life to far more offensive things than Rebecca DGD’S latest single, so why not?