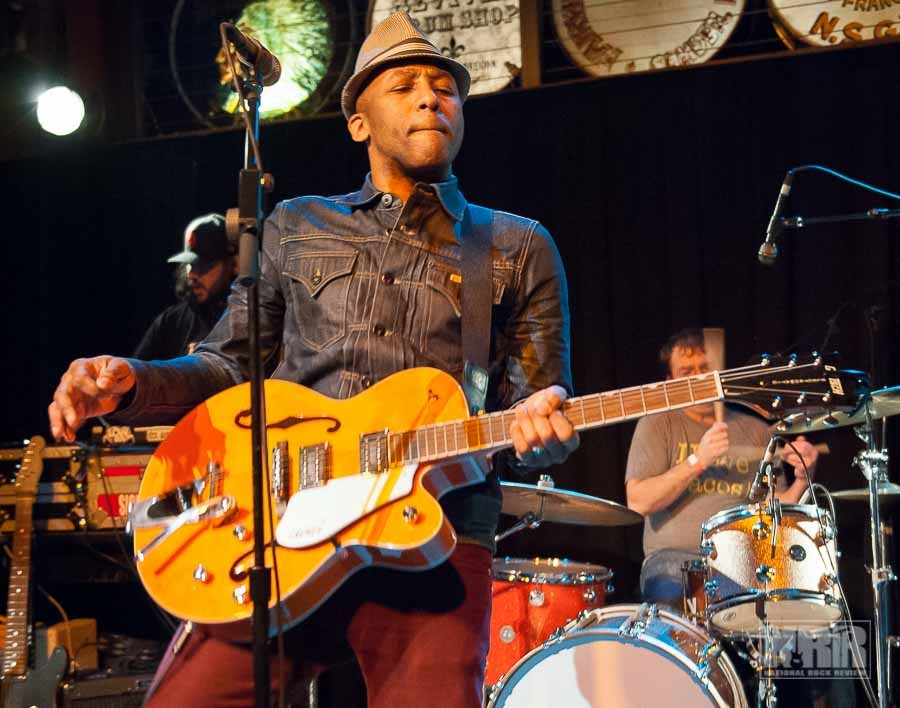 Redray Frazier has a winner on his hands with the Portland, Oregon based performer’s second single “The Real Thing”. Longtime fans of soul and funk will hear a lot of echoes in this song from iconic greats of the genre, never too much in any one direction, but there’s no question that it works. Despite those echoes, as well, Redray succeeds in making a musical and vocal statement all his own.

The latter is one of the song’s peaks for me. He makes a case for delivering one of 2022’s best vocals on the indie scene with the mix of styles he employs to make “The Real Thing” fly as it does. There’s the funky edge he adds to some lines, his perhaps surprisingly emotive soul voice, and even a harder rocky sound that comes through in other places. Yet it maintains a consistent thrust from beginning to end. Moreover, his choices as a singer play into the strengths of the backing track rather than trying to fit a square peg into a round hole.

The backing track is long on a blend of rock and funk guitar, sometimes riffs, sometimes fills, and the occasional brief lead break punctuating the song for good measure. There’s nothing extraneous, however. Frazier has an unerring instinct for exactly what this song needs and the lack of fat present in the composition makes this an undeniably physical experience. “The Real Thing” is brash, appealingly so, and doesn’t back off.

He knows when to put the brakes on, however, when it comes to song length. “The Real Thing” is cut to a potent length that emphasizes its strong points. Self-indulgence would just take his eyes off the ball. His musical choices throughout the song are aimed at pleasing himself, first and foremost, and then the audience. We’re fortunate that, unlike so many others, he’s got a great idea of what we like and abundant imagination.

Among the musical highlights for listeners will be the different faces his keyboards and/or synthesizers wear during the song. Some may be skeptical of such an instrument’s ability to provide a fully human and well-rounded track, but “The Real Thing” proves those naysayers wrong. The aforementioned guitar is, arguably, the most important musical piece of the puzzle. I love the sound Frazier gets and think it slides into the song perfectly.

The rhythms are attention-grabbing without ever getting too fancy. They’d lose appeal fast if they were. “The Real Thing” is an intimate performance in many ways, as alluded to earlier, and the sort of beat that dance club audiences relish. It’s a song that’s meant for a lot of people to hear at once despite its intimacy and anything that can break down walls like that is well worth your time and money. Let’s hope he follows up on this fast with a third single and capitalizes on the momentum that “The Real Thing” is sure to generate. This is a hot one certain to leave a mark.