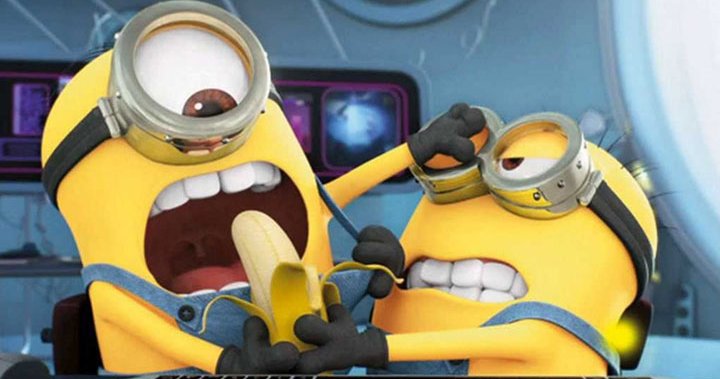 Theatre owners are crying “Despicable!” at the hordes of well-dressed, banana-toting teenagers showing up at theatres to watch the latest Minions movie.

People’s TikTok feeds have been taken over by videos of young men dressed in suits and carrying the yellow fruit, filing into theatres to watch Minions: The Rise of Gru.

It’s part of the #Gentleminions trend, which looks to be a bit of well-placed marketing for the box-office dominating cartoon. Just before the film’s release date on July 1, the Minions account began promoting the so-called “gentleminions,” posting a video of a long line of dapperly-dressed youth filing into a movie theatre.

“Your day has come,” reads text on the video, while the caption says, “Bobspeed you gentleminions,” mimicking the way the bumbling characters speak.

The suits are a tribute to Steve Carrell’s character, Felonius Gru, the Minions’ conniving boss in the series.

Bunk beds in economy airlines? That dream may become a reality for jet-setters soon

And while most of the teens have been exhibiting good behaviour while attending the screenings, it’s been causing a headache for some theatre operators across the pond.

A staff member at one U.K. theatre told the BBC that rowdy moviegoers have been making a ruckus and throwing things at the screen, and several theatres reported that they’ve had to dole out a huge number of refunds after patrons’ experience was ruined.

Why Minions is crushing the box office. pic.twitter.com/IsFSW7Tkrf

Mallard Cinema manager Daniel Phillips-Smith told BBC: “It’s been absolutely heartbreaking. We’ve had families who won’t even go back into the screen when we’ve tried to sort it out, families leaving before the film has even started, and, of course, the children have been in tears.”

I love being gen z. We have so much power😭💀💀🤌🏼 #tiktok #MinionsTheRiseOfGru #Minions #gentleminions pic.twitter.com/2OUarPhubj

Odeon Theatres said it had to “restrict access” to the movie in some of its U.K. theatres “due to a small number of incidents in our cinemas over the weekend,” reports Newsweek.

One TikTok user posted video showing a sign announcing that it had banned guests that were dressed a little too well.

“Due to recent disturbances following the #Gentleminions trend, any group of guests in formal attire will be refused entry for showings of Minions: The Rise Of Gru,” the sign reads.

For its part, movie studio Universal Pictures has been applauding the fans, posting on Twitter: “to everyone showing up to @Minions in suits: we see you and we love you.”

to everyone showing up to @Minions in suits: we see you and we love you. 🫶

Whatever the case, the trend seems to be working. Minions: The Rise of Gru made $125.1 million during its opening weekend, earning itself an Independence Day weekend opening record.