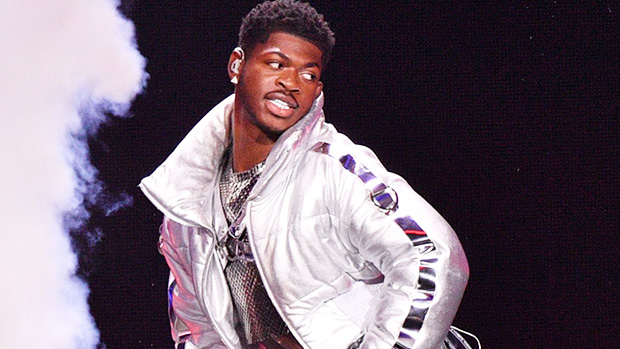 Nearly a year after Lil Nas X dropped his debut album, the “Industry Baby” returned with new music on Friday (June 24) – and he brought along his usual amount of sass and charisma. With plenty of hype for the song stemming from Nas X’s shutout from the 2022 BET Awards, “Late To Da Party” sees him team with YoungBoy Never Broke Again to throw major shade at the BET Awards. “Yeah, fuck BET (Yeah), fuck BET (Yeah), fuck BET (Yeah, yeah),” are just some of the wild lyrics. Want more? Listen to the full song above!

Ahead of the song’s release, Lil Nas X released a teaser that spoofed the Star Wars scroll. “Episode 1: F-CK BET,” it read. “NBA YOUNGBOY is on house arrest, trapped on the isolated planet HATU. The Brutal Empire of Terror (BET) has betrayed LIL NAS X, turning their back on him after using him for clout. With the music industry in turmoil, the galaxy is looking for a hero. NAS must use the ancient power of VIDEO EDITING to free YB and defeat the evil BET before time runs out…” Lil Nas X also posted a spoof BET Awards promo to tease the song. ‘

The scroll seemed to reference how YoungBoy Never Broke Again (Kentrell Gaulden) was granted a $1.5 million bail with strict conditions, including house arrest in October 2021 while awaiting trial on federal gun charges, per Rolling Stone. YoungBoy pleaded not guilty to charges he was a felon in possession of an unregistered Masterpiece Arms 9 mm and a .45 caliber Glock Model 21 pistol when he was arrested in September 2020. YoungBoy was taken into custody in March 2021 after a chase. His trial is set for July.

Meanwhile, Lil Nas X is going to war with BET. The rollout for the new song seemingly began at the start of June, after the BET Awards announced this year’s nominations – and Lil Nas X wasn’t anywhere to be found. “Thank you, BET Awards,” he wrote in a now-deleted tweet on June 1, per Billboard. “An outstanding zero nominations again. Black excellence!” When one Twitter user asked why he felt like he deserved to be nominated, Lil Nas X responded with, “idk maybe 3 of the biggest songs of last year & a critically acclaimed album. I feel like that should’ve helped me a bit.”

Lil Nas X suggested that his sexuality was a reason why he keeps getting shut out of the BET Awards. “Not even that, doesn’t even have to be me nominated. I just feel like black gay ppl have to fight to be seen in this world and even when we make it to the top mfs try to [pretend] we are invisible.” Less than a week later, Lil Nas X took to Instagram to escalate this feud with the network. He previewed a song, initially called “Late to the Party,” which featured vocals from YoungBoy. The music started with Lil Nas X repeatedly saying, “F-ck BET.”

Lil Nas X was nominated for Best New Artist in 2020. He was also nominated for five BET Hip Hop Awards in 2019 and 2021, winning Single of the Year and Best Collab, Duo or Group for “Old Town Road.”

BET ultimately issued a statement in response to  Lil Nas X’s frustration: “We love Lil Nas X. He was nominated for a Best New Artist BET Award in 2020, and we proudly showcased his extraordinary talent and creativity on the show twice: he performed ‘Old Town Road” with Billy Ray Cyrus at ‘BET Awards’ 2019 and his ‘BET Awards’ 2021 performance was a highlight of our show. No one cheered louder that night than BET.

“Unfortunately, this year, he was not nominated by BET’s Voting Academy, which is comprised of an esteemed group of nearly 500 entertainment professionals in the fields of music, television, film, digital marketing, sports journalism, public relations, influencers, and creative arts. No one from BET serves as a member of the Voting Academy.”

“At BET, we are passionate advocates for the wonderful diversity that exists within our community. We are committed to using all of our platforms to provide visibility and inclusion for all of the many intersections of the Black community.”