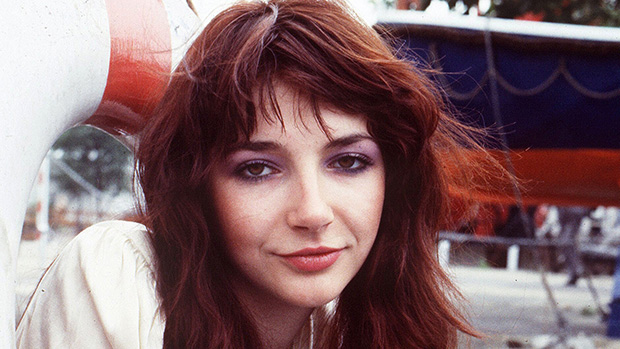 “It’s just extraordinary,” Kate Bush said about the unexpected success of her song, “Running Up That Hill (A Deal With God),” during a rare interview on Wednesday. First released in 1985, the song has now reached the top of the UK Singles Chart, thanks to its inclusion in a pivotal scene in Stranger Things 4. “I mean, you know, it’s such a great series,” Kate said to Emma Barnett on BBC Radio 4’s Woman’s Hour. “I thought the track would get some attention, but I just never imagined that it would be anything like this.”

“But it’s so exciting, and it’s quite shocking really, isn’t it? I mean, the whole world’s gone mad,” said Kate. “What’s really wonderful, I think, is that this is a whole new audience who, you know, in a lot of cases, they’ve never heard of me. And I love that. The thought of all these really young people hearing the song for the first time and discovering it is, well, I think it’s very special.”

Without spoiling too much of Stranger Things 4, “Running Up That Hill” saves Max (Sadie Sink) while in the clutches of the villain Vecna. The song pulls her back from the Upside Down. “I think [The Duffer Brothers] put it in a really special place. Actually, we watched it right from the word go from the first series onwards. So, I was already familiar with the series. … and I thought, ‘what a lovely way for the song to be used,’ in such a positive way, you know, as a kind of talisman almost really, for Max, and I think it’s very touching, actually.”

During the interview, Kate also weighed in on the original meaning of “Running Up That Hill,” saying that the song was based on an idea of “a man and a woman swapping places with each other to see what it was like from the other side,” per Vulture. However, Kate said she really likes it when people “hear a song and take from it what they want.”

Nearly four decades after its release, “Running Up That Hill” has reached No. 1 in Kate’s native UK. It originally peaked at No. 3, but its use in Stranger Things drove it back to the top of the charts, 44 years after Kate’s last No. 1, “Wuthering Heights.” It currently sits at No. 5 on the Billboard Hot 100, sharing the Top 10 with stars like Harry Styles, Jack Harlow, Future, Lizzo, Latto, and Bad Bunny.

Kate Bush: 5 Things About The Singer Whose Song Hit #1 After ‘Stranger Things 4’ Premiere

Prior to chatting with BBC 4, Kate’s last interview was in 2016. She spoke with the Canadian magazine Maclean’s in support of her Before The Dawn live album. “My God, the world is continually changing,” she said when speaking about the themes of “Running Up That Hill” and the new generation. “I think in some ways it’s changing in a very positive way. You have to try and embrace it all and everyone who represents that change because it is happening. I suppose my biggest concern would be if the planet is going to be in good enough shape for the next generation to have the privileges that we’ve had.”

At the time, Vulture notes that Bush was reported for voicing support for former British Conservative prime minister Theresa May. In 2018, Kate wrote on her website how she “didn’t do any interviews” for a pair of remastered projects in hopes “that the work could speak for itself. She referred to the Maclean’s article and “very disappointed” she was “that the use of a quote out of context was timed with the release of the live album and it seemed as if the focus went onto the quote rather than the work.”