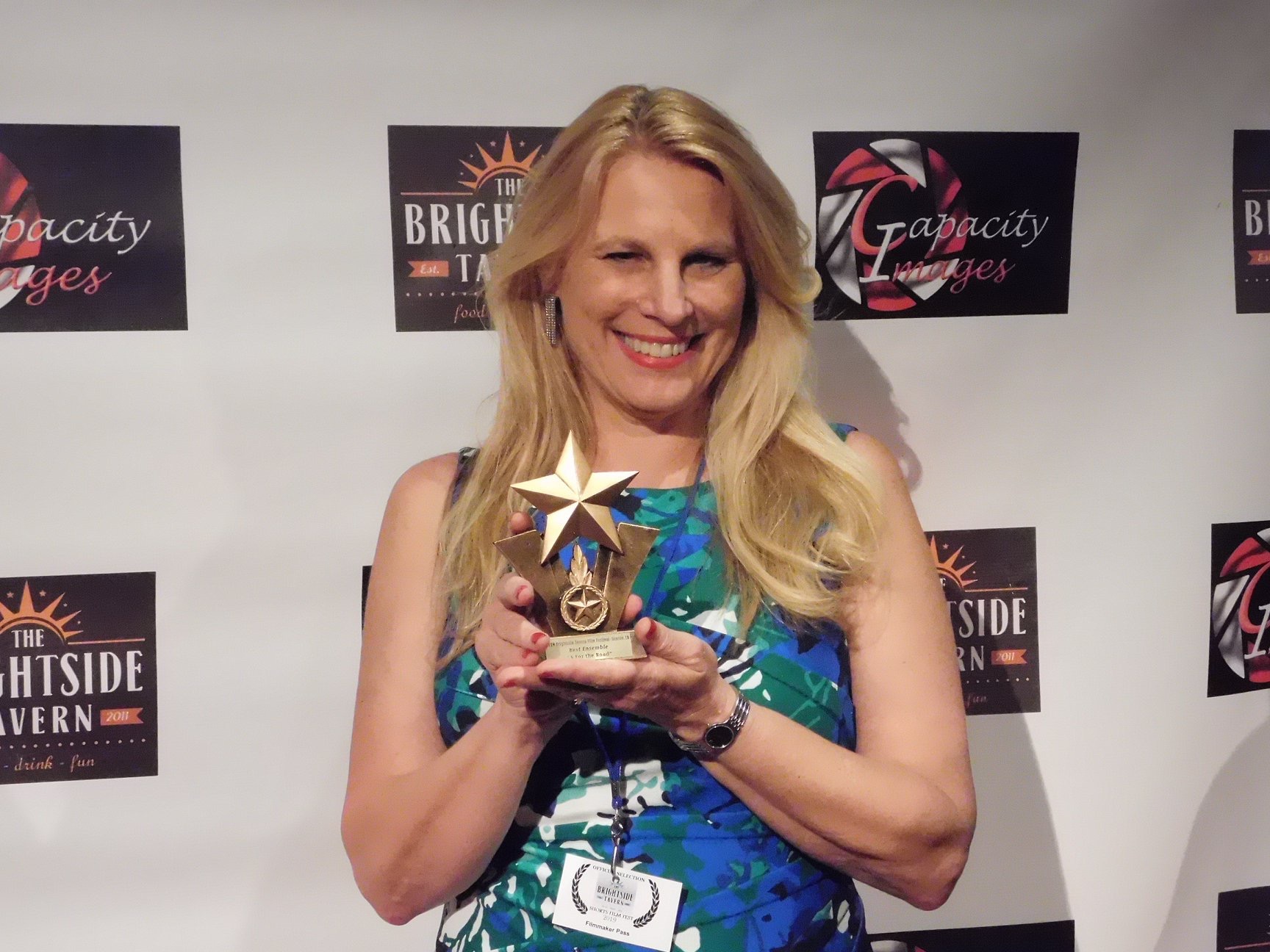 I consider artists like Linda Collins to be one of the many bedrocks of Americana art. We can browse the Internet, watch television, pick up a magazine and see any number of modern icons at some stage in their life and/or career, winning an award, attending a premiere, and see them ballyhooed as among the greatest talents working today. You won’t read or see much about Linda Collins, perhaps, but she’s everywhere, even if she isn’t on your particular radar. Her acting gifts, musical talents, and vision has found collaborators at every turn and she’s likewise able to inspire others with her knowledge, creativity, and passion.

Her passion burns bright enough that she tackled a starring role plus the Executive Producer slot for the film Three for the Road. It’s collared a bevy of critical hosannas since release from a diverse range of festivals and such success spurred on its development as a series. Writer and director David Patrick Wilson has already finished writing several episodes for the show’s first season. Her penchant for working with first class writers has led to appearances in the forthcoming short films The Prof, starring Anthony Robert Grasso in the lead role, from author Debbie Markowitz. She has the Executive Producer chair for that production as well.

Mariam Bakashvilli’s dark comedy Goat will benefit from Collins playing the role of Dolly, a down at her heels yet likeable loser finding herself locked in a struggle with an unexpected rival. This work is in post-production and should be emerging soon. How she finds time to do so may baffle some, but Collins has made a reputation as well for her work as Director of Music and Worship Arts for the NBRC Youth Drama Club. This work has extended to directing two musicals a year for the club, including their recent participation in the musical comedy The Agape League, and work with the Hallelujah Chorus. Her ability to facilitate new arrangements of timeless spiritual hymns has opened that music for a new generation of listeners.

It is the sort of professional history that makes her a go-to performer as well as behind the scenes creative. On a personal level, as well, she’s a clear credit to any production involving her and there’s no reason to not see any of this continuing for many years to come. Talents like Linda Collins are rare and deserve the widest possible exposure. She will reward us, time and again, with work that enriches our lives.