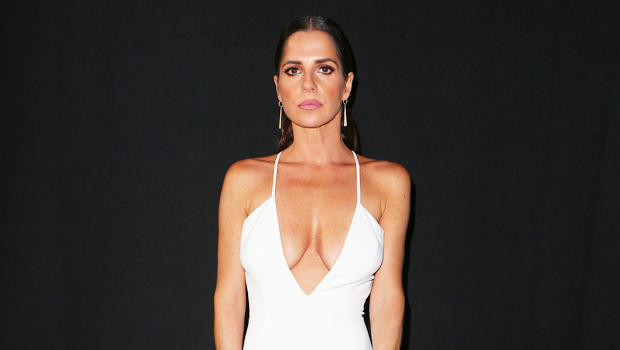 General Hospital star Kelly Monaco, 45, woke up to her house and yard in flames on Friday, May 13. Unfortunately, the fire caused “hundreds of thousands of dollars” to her Sherman Oaks, California home, TMZ reported on May 19. Kelly made it out safely. The fire, seen below in the video provided by TMZ, was started by a pedestrian who tossed a used cigarette butt onto an empty lot next to Kelly’s house. The ground caught fire and quickly spread across her yard and climbed the left side of her house. “Something as little as a cigarette butt can cause casualties and devastation,” she told TMZ following the incident.

Kelly’s mother, Carmina Monaco, gave more insight into her daughter’s frightening morning. Carmina said Kelly was awakened by what she thought was hail, but turned out to be “the crackling of the fire,” per People. “She immediately picked up the phone to call 911, but the fire department was already there and had been trying to contact her to get through the gate,” she added. She also noted she’s glad her daughter is safe and was able to return to work the following week. “The most important thing that had to get out of that house that night got out of that house that night, and it was her,” she explained. “Everything else, they’re just things; they can be replaced.” Kelly has not made a public comment about the fire at the time of this writing.

Kelly returned to set May 18, six days after the fire, according to People. Kelly was cast as Sam McCall on General Hospital in 2003 and has been playing her ever since. In July 2020, though, she took a short break from set and had a temporary replacement in actress Lindsay Hartley, 44. Carmina gave fans information about her daughter’s whereabouts then, too. “Kelly is safe and healthy,” Carmina tweeted at the time. “First day back she had a hard time with the Covid mask and was given a rather unexpected 14 day quarantine even though she tested negative twice for Covid and a third negative test for Covid antibodies. She is excited to get back on set next week.” Filming of General Hospital was halted in March 2020 due to the onset of the coronavirus pandemic, but resumed in late July.

While Kelly is best known for her role in General Hospital, she played Livvie Locke in more than 300 episodes of Port Charles between 2000 and 2003. She was also an extra in the Baywatch television series between 1997 and 1998.

Clement Virgo’s ‘Brother’ to premiere at Toronto International Film Festival
Scream Factory Announces 4K UHD Editions for ‘The Fog’, ‘Army of Darkness’ and 2013’s ‘Evil Dead’ Remake!
How To Directly Impact Democracy: Book Censorship News, July 1, 2022
Book Riot’s Deals of the Day for July 5, 2022
After Stephen King Revealed The Blockbuster He Walked Out Of, Other Filmmakers And Actors Have Followed Suit