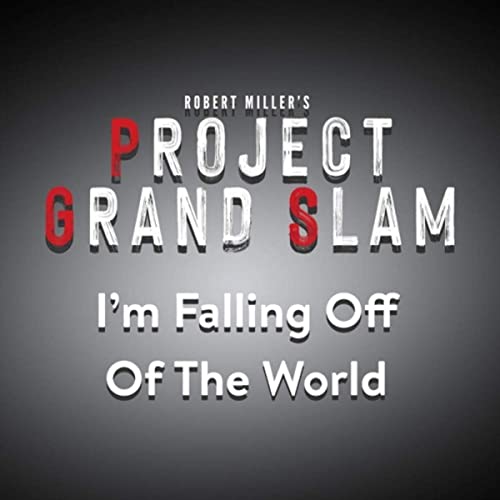 Virtuoso bassist, bandleader, and vocalist Robert Miller and his band Project Grand Slam have long since established themselves as one of the foremost bands in the modern music scene. The band’s work crosses multiple genres. Miller and his cohorts tackle rock, covers, originals, fusion, and other styles with convincing zeal. The band’s latest single “I’m Falling Off of the World” from their album The Shakespeare Concert highlights the unit’s talents as a live act and the production captures the varied range of their musical skills.

The track kicks off at a brisk but clear clip. Project Grand Slam achieves impressive distinction between the song’s various instruments without ever diluting their sound. They are gloriously full from the outset. Drummer Joel Mateo and Miller are a fleet-footed rhythm section that’s nevertheless capable of adding real ballast to the band’s material. It is a live performance, as mentioned earlier, but we must make a distinction before going any further.

The band played a well-received 2021 benefit concert for a Massachusetts-based not-for-profit Shakespeare educational center. Miller’s social consciousness and steadfast dedication to making a difference put Project Grand Slam out front for a lot of causes but, at heart, this is a band that loves to play. You definitely hear that sheer joy in music-making driving much of “I’m Falling Off of the World”.

The benefit gig came off so well that Miller and his bandmates later decided to enter the studio and document the same set for posterity. It’s a wonderful thing about the single, however, that it stands as tall alone as it does as part of a larger collection. Lead singer Marilyn Castillo’s vocals for this track embody the musical energy without ever straining to compete with it. Instead, listeners are treated to a near-seamless demonstration of the band’s songwriting talents and playing gifts.

The lyrics are straightforward and reflect the plain-spoken intelligence that’s a hallmark of the band’s original material. It’s penned by Miller alone and, while he’s certainly a central creative cog in what makes Project Grand Slam tick, there’s never any sense the band is a glorified solo vehicle. They function as an organic unit at every turn without any hint of one band member trying to grab the spotlight for themselves.

“I’m Falling Off of the World” can hold its own in a music scene crowded with first-rate compositions and plentiful talented musicians. It’s a single with potential widespread appeal while never sacrificing its integrity in the process of getting there. Existing Project Grand Slam admirers will likely rank it above the song’s original version included on the band’s album East Side Sessions. PGS, as all the best bands do, has a tireless talent for elevating their material in live performance. It works as an ideal way of introducing newcomers to the band’s sound as well. Project Grand Slam’s work certainly breaks from this template, but “I’m Falling Off of the World” is representative of the fire and finesse they bring to everything they do.