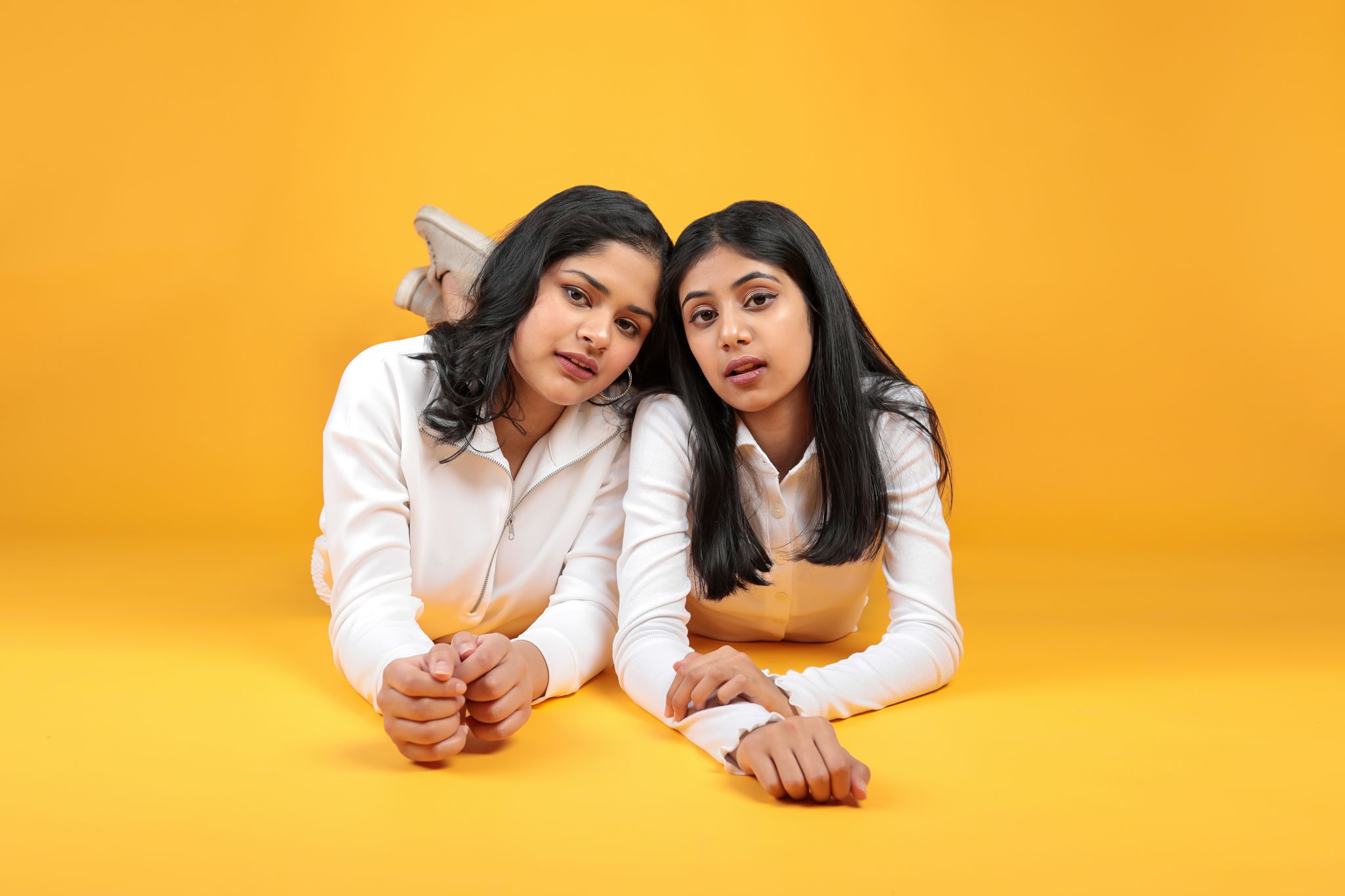 I’m sitting here listening to “Too Late Again” for the umpteenth time. Normally I wouldn’t be giving this much gravitas to a new single – after all there are only so many hours in the day and new singles hit YouTube or Spotify on a daily basis. The new single from sisters Trisha and Thara is stunningly simple  – clean and unbusied compared to other pop singles. It’s clearness, though, shouldn’t be mistaken for boring. Rumbling just beneath the surface is a dynamic groove that is poised to make the teens one of music’s brightest voices. “Too Late Again” is smooth and slick down to its core.

Walking back and forth on this road, one of them sings. Her voice sounds perplexed, like she’s conveying her feelings of emotional baggage and disappointment that her man isn’t opening up to her. I don’t get the impression he’s sneaking around on her, but he’s definitely not being completely honest with her. She’s trying to break down those walls, get closer and he’s not meeting her halfway. I felt like even though all this is happening, her attitude is hopeful and she’s willing to open her heart. She’s proud of this in the sense that she’s learned from this. It’s almost like the saying ‘it’s better to have lived and loved then to not love at all’. This open-diary approach to songwriting really compliments both the sisters’ voices and the tone of the music.

The vocals are definitely perks. I loved the spiritedness and genuine honesty in the girls’ voices. I wouldn’t say they have an innocence threading through the middle, but I do think there is integrity. You want to hear more. I think you can start seeing different angles with each listen, and like Taylor Swift songs, there is something very natural happening. It’s that sincerity. It’s a nice little rush that bursts each time.

“Too Late Again” also has a memorable music bed. I would say it stretches into the EDM world, but not so much that you feel like the bass lines are too hard, or that you need to start the strobe lights in your bedroom. I can see how a house mix would be in order, but I think you would lose the intimacy in the song. I think you would lose some of what makes “Too Late Again” so special and that’s the simplicity of it all. The sisters just say it like it is – no extra bells and whistles otherwise. They make you feel like you matter, and they share their story because it does matter. A relationship is two people – not one doing all the work. “Too Late Again” is a great, interesting way of expressing that basic principle. It just so happens that the song is anything but basic.

Trisha and Thara are exceptionally talented for their young age. Trisha, 16, and Thara, 13,hail from Boston. They worked with producer Brad Young (BKY Music) out of Needham, Massachusetts. Young started his career working with Danny Wood of New Kids On The Block, Marky Mark and worked on LFO’s mega hit “Summer Girls”.