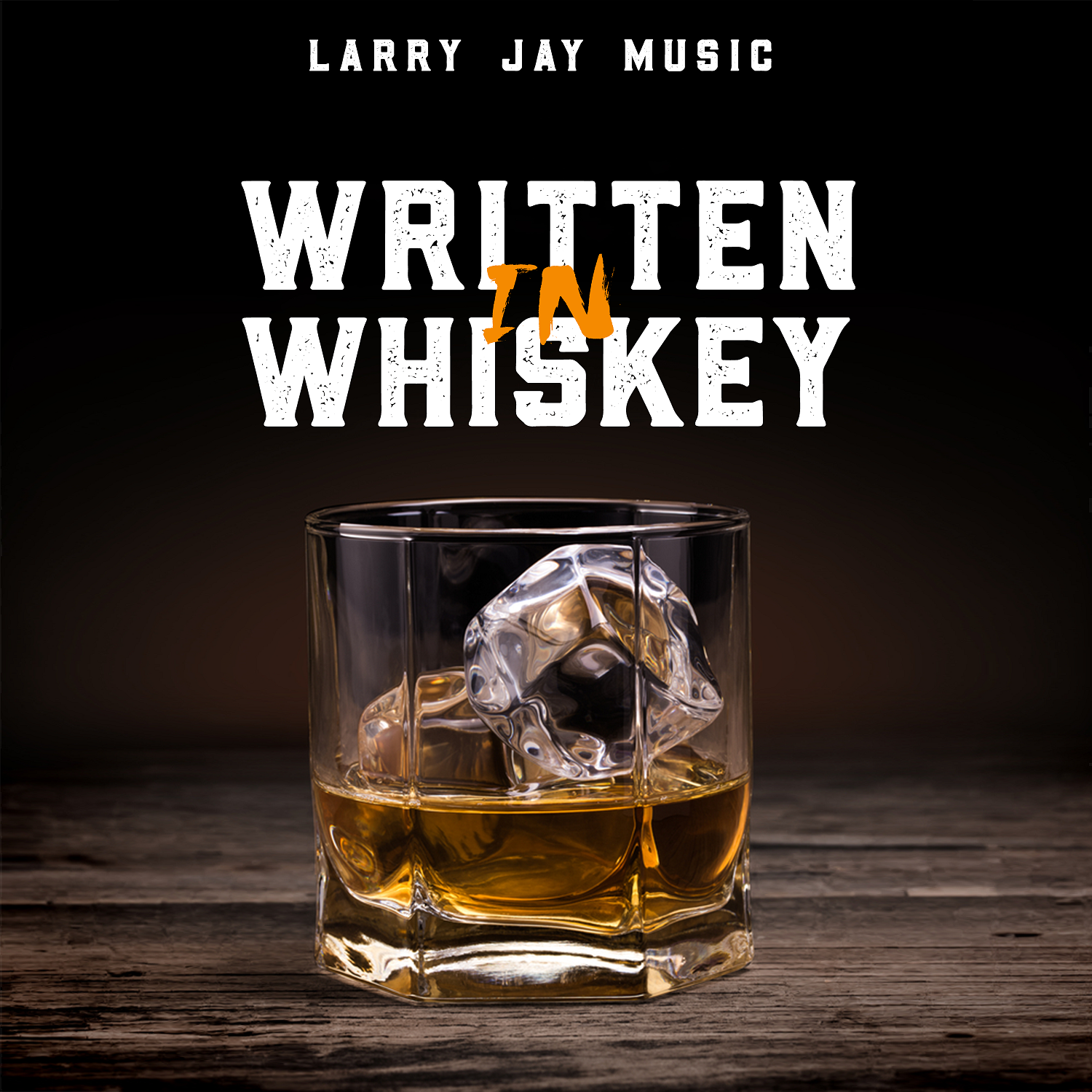 Easy-going country music tends to pair well with the spring, and in his debut EP Written in Whiskey, singer/songwriter Larry Jay presents us with the cool n’ simple solution to the first rays of a new season. Written in Whiskey is a record built upon its carefree swing, both balladic and sterling in nature, and although it occasionally feels like an experimental effort on the part of its composer, it never comes across as distant from his heart. For a player finding his sound in this record, Jay translates as a formidable wrecking ball with words, and someone who knows a thing or two about old-school melodicism.

Tempo is Larry Jay’s greatest tool in the title track and “Blood,” the latter of which is a bit more progressively structured, and I like that he doesn’t invest too much of the narrative in the flow of the beat itself. These songs feature a sound that is much more collective than it is singular in style, which is rather surprising given that this is, in fact, a solo outing. This player doesn’t mind sharing the spotlight with his band when it facilitates a strong story, and that’s more than obvious in Written in Whiskey.

The smoky harmonies in “Saving Lives” and “Bad Ass Beautiful” would have been enough to win me over in this EP, but partnered with the lyrical wit that Jay brings to the table, these two tracks feel like the cornerstones of something so much bigger than what this record actually is. There’s no denying the album potential in the momentum here, and with just a little more polishing and filling out some loose ends, this is a singer/songwriter who will likely have as much appeal in the mainstream as he presently does the American underground.

I really love the tone of Written in Whiskey, and if it’s something that Larry Jay can sustain in a future release he’s going to find himself getting a lot of positive feedback from critics and fans alike this spring. There’s no debating the hype around this emerging generation of country players, and when listening to an artist like Jay lay into this material, it makes me wonder how big a movement we’re going to see come together in the next few years. Written in Whiskey lives up to its title, and it advertises a singer/songwriter I want to hear more from.

Lala Kent & Randall Emmett: What Happened To Cause Breakup Of ‘Vanderpump’ Couple
Everything Cheugy Is Cool Again
That Time Frozen’s Josh Gad Forgot The Lyrics To ‘Let It Go’ In A Live Performance
​Why Kourtney Kardashian ‘Only Wanted’ Grandma MJ With Her At Santa Barbara Wedding
Amanda Bynes Very Interested in Doing ‘What I Like About You’ Revival