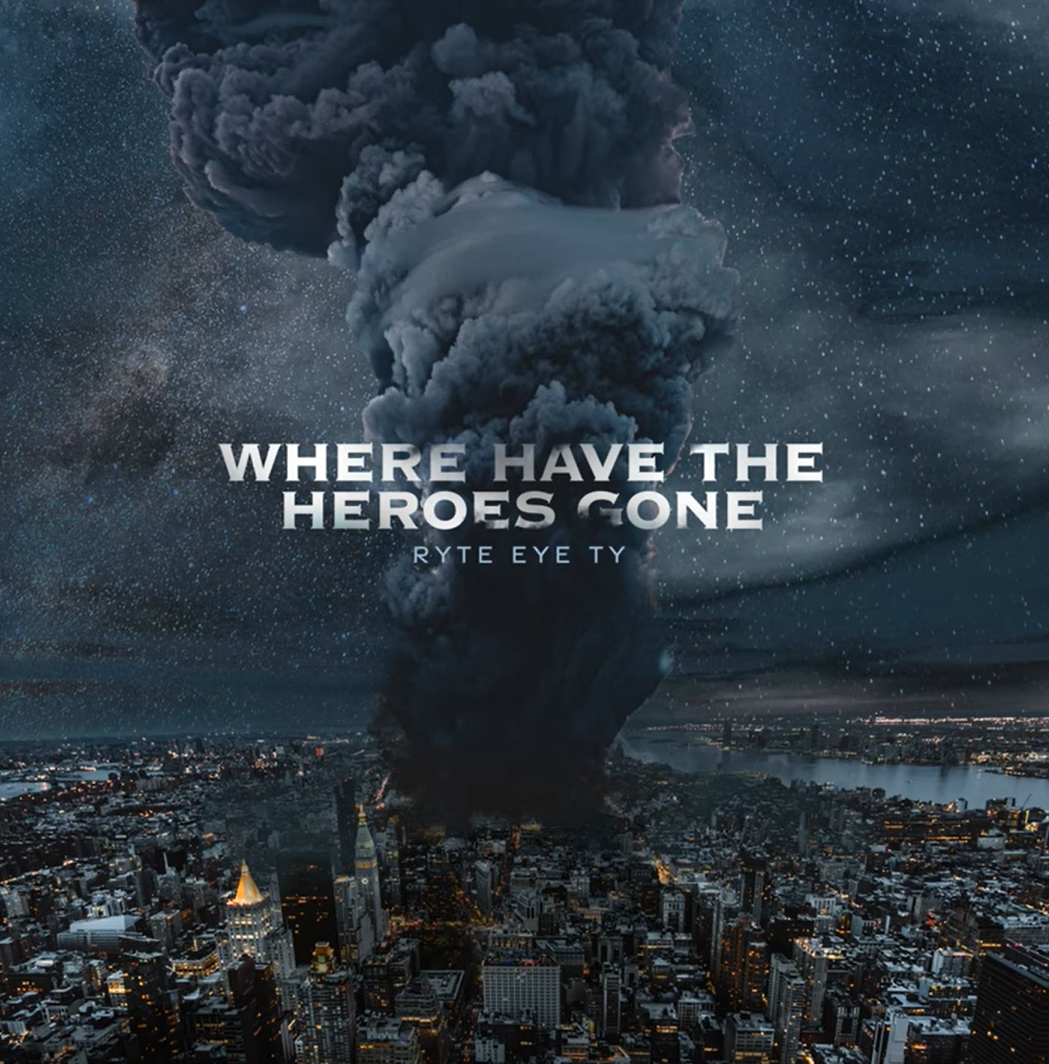 You don’t have to be a music critic to get swept away by the simple strengths of the main harmony in Ryte EyE Ty’s new single “Where Have the Heroes Gone” this March, but for those who take a special interest in the kinship between artist and melody, this is a must-listen track for its creator’s scene. While Ryte EyE Ty doesn’t have any difficulties summoning a lot of power at the microphone in “Where Have the Heroes Gone,” this doesn’t make some of his statements any less hesitant. His poetry is seriously guarded in this performance, a lot more than some would be willing to experiment with in a pop single, but when juxtaposed with the forwardness of the hook, this feels like a cutting, career-making release.

Ryte EyE Ty’s timing with the lyrics is pretty impeccable in this piece, and I think that had he not put as much of an emphasis on the groove when he was singing as he did in “Where Have the Heroes Gone,” the verses wouldn’t hold the kind of weight they do in this instance. This is a good example of an artist who can straddle emotions with more than just a poetic narrative – he’s using everything from tempo to the tonality of the instrumentation behind him to put an exclamation point on his words, which is more than I can say for a lot of the players getting more attention than him in his scene in 2022. His profile is bound to grow, especially as he starts breaking off singles like this one.

This lyrical imagery is definitely on the richer side of the aesthetical spectrum, but I wouldn’t say it’s nearly as over-the-top visual as some of the mainstream pop trending at the moment. There’s really no substitute for linguistic dominance, and Ryte EyE Ty isn’t trying to replace poetic depth with fanciful cosmetics – he’s putting his soul on the line with us, and despite the liberal use of fantasy references, there’s scarcely a second in “Where Have the Heroes Gone” that doesn’t sound like it’s intimate and personal on the part of the singer. He’s the real article in this performance, and anyone who would argue otherwise probably hasn’t sat down with this track for themselves.

While “Where Have the Heroes Gone” is a little more streamlined than it has to be, for better or worse it’s one of the sexier choices in faith-influenced content making its way out of the woodwork right now. Ryte EyE Ty is flirting with a more familiar pop model than some of his most loyal underground supporters would probably prefer, but what it’s rendering for his studio sessions is undeniably smart and attractive even to the more discriminating ear. “Where Have the Heroes Gone” poses intense questions, but what it says about this singer, songwriter and performer is a lot more powerful than any of the queries it offers. This is an artist with a diverse set of skills, no question about it, and now it’s just a matter of hearing what he’ll do with them next.

The music of Ryte EyE Ty has been heard all over the world in partnership with the radio plugging services offered by Musik and Film Radio Promotions Division.  Learn more https://musikandfilm.com