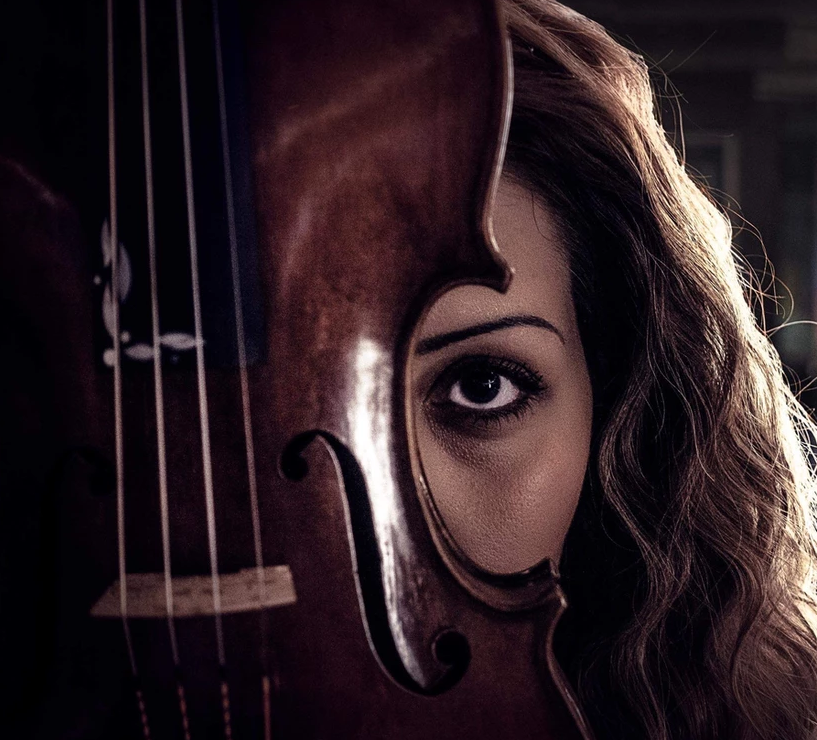 Bernadett isn’t interested in conforming to what you think a violinist’s role should be. Her connection with this mainstay of classical music extends far past the borders of that form and possesses the necessary versatility to successfully incorporate a wider sound. The two recordings included on her release Redemption aren’t rock, classical, or any easy category but, instead, are hybrids that will check off boxes for many listeners.

She isn’t going through the motions. Yes, if she had her druthers, Bernadett might be performing classical music alone and following in her grandfather’s footsteps. Jozsef B. Suha’s reputation in his native Hungary has enjoyed a revival in the last few decades, but Bernadett’s grandfather, once a popular composer and violinist of renown in his homeland, didn’t always receive such respect. He fell out with the then ruling Communist Party in the mid 20th century and his career suffered.

Bernadett, however, saw that wasn’t the avenue she wished to pursue. Her desire to bring her music to the widest possible audience encouraged her to mix pop music sensibilities into her classical influences. Its success is evident here. The title song wouldn’t make the impact it does without the robust accompaniment she enjoys, in the end, the burden of making this fly falls on her alone.

She is more than up to the challenge. Her violin soars and dives throughout the arrangement. Her playing readily captures the emotional terrain of the composition without ever slipping over the line into hysterics or cheesiness. The drumming has a crisp snap that sets an authoritative beat for the track but Bernadett is careful to control the tempo throughout. There’s no rushing this song. There’s no need to.

She moves in an atmospheric direction with the title song. It doesn’t sound like a reach, however, or overwrought. “Redemption” is intent on creating a mood, without question, but never at the expense of fundamentals. The solid backing provided by keyboards and drums gives Bernadett an excellent forum for unleashing her finest playing on the release. To say so is no slight to the earlier track, but Bernadett seems to invest something very different into this performance.

balancing the pop and classical influences bursting from this material. The production puts a thoroughly modern light on the song without tethering them to any particular place or time. Bernadett has all the necessary qualities suggesting she isn’t some fly by night artist but, instead, has real staying power. Hard work and heredity meet here on Bernadett’s Redemption to make her one of the most promising stylists in recent memory.

Few will even mind the short duration of the release. She manages to pack in a considerable amount of musical substance into two relatively short tracks without ever leaving listeners feeling cheated. This is an increasingly tall order to fill, it seems, but Bernadett meets those goals with ease. Everything about Redemption suggests, as well, that she will continue meeting or exceeding those goals with future releases.