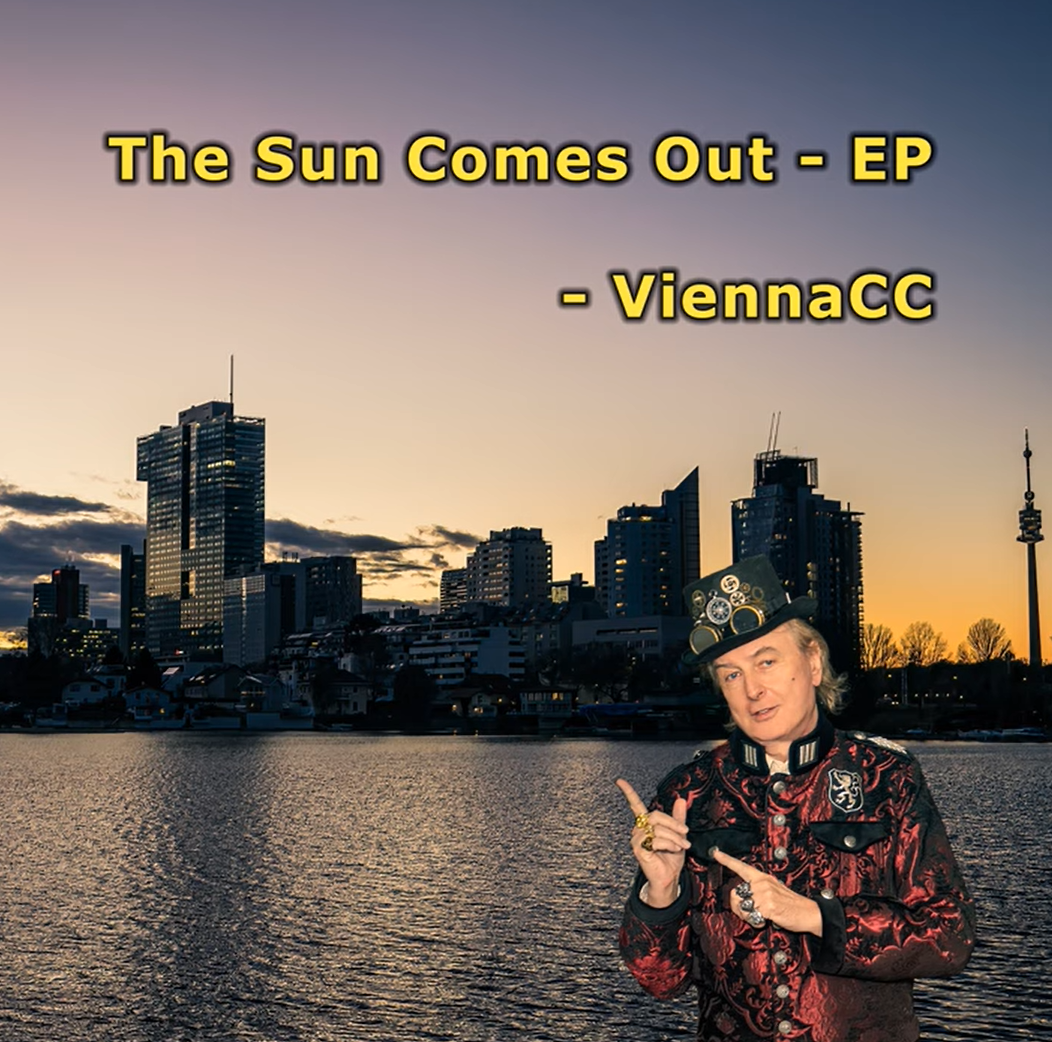 “When the Sun Comes Out” has all the makings of being one of the most riveting songs to be inspired by the pandemic. Vienna, Austria’s ViennaCC captures the positivity and the anticipation of coming out from the lockdowns, emerging from one’s home to a world ready for renewal. Between the quirky beats and the snappy flow, ViennaCC sings with jolly and perseverance. Proving that the electronica-pop-dance sound is alive and well (and in great hands), ViennaCC deploys a unique brand of feisty but folksy rhythms in this awesome sounding track.

Running through the track’s center is a fashionable glow. I think this is both fabricated and organic. After a few listens you get swept easily into the intricate and unlike-any-other synthesizer arrangements. At the same time, as a listener, ViennaCC takes the listener on a collision course running adjacent to the electronica. He has this gypsy-like way about his voice that evokes an off-the-beaten path tone. He sort of nonchalantly sings in English, with an air of philosophy about him. He could very well be that interesting fellow you meet on a train ride, just as well as he could be that musician busking at the corner coffee shop. When he sings you want to hear what he’s saying and he’s simply beguiling. He’s a man of the people and has his ear to the ground. He sings what we’re all thinking and churns it out with a melody.

On the surface, “When the Sun Comes Out” can be taken literally. I think it’s also about endurance and strength. And I think it’s about letting go and acceptance. The music bed has such ebbs and flows happening and even at times a juxtaposition of tones, I felt the movement to be reminiscent of life’s trials. ViennaCC masks the sounds with bright beats, and other times, brassier, almost tinny sounds. You can feel both claustrophobic and expansive. I kept going back to this idea of traveling down a road, a forward feeling. Maybe in his own way, the music to this track is all about forward-thinking and reaching for something. Wanting something. Can it be attained; the music seems to ask the listener? I think it can. ViennaCC backs it up with his optimistic lyrics and charming voice.

This song has it all. The voice that wakes you up because of its baritone feels, topped off with some lighthearted approachability. ViennaCC might not compose this song with deep meaning lyrics or sophisticated prose, and that’s the point of why it’s so fun and even relaxing. He makes you feel alive with the way he sings and he kicks off the energy with a bold mix of synth arrangements. I sat there pondering what instrument was coming next and realized before too long that I was just lost in this audacious dream. ViennaCC keeps things light and lively in the excellent “When the Sun Comes Out”. It’s a privilege to listen to eccentric, albeit warm, songs such as this. ViennaCC can get my day going any day.

The music of ViennaCC has been heard all over the world in partnership with the radio plugging services offered by Musik and Film Radio Promotions Division.  Learn more https://musikandfilm.com