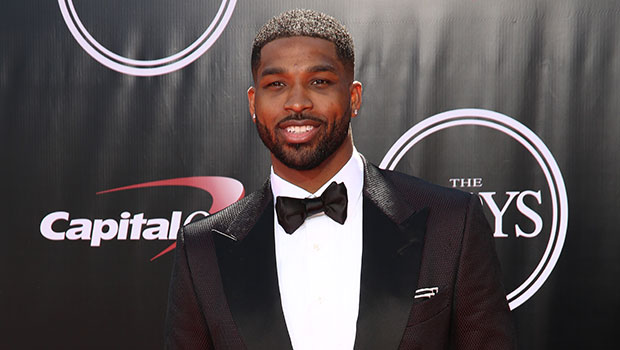 Tristan Thompson was purposely benched during his last NBA game as a result of his “distracting” baby drama with Maralee Nichols. The 30-year-old Sacramento King confirmed that he is the father of Marlaee’s son on Jan. 3 after denying — after denying paternity — and was set to play the Los Angeles Lakers just a day later on Jan. 4.

“Tristan’s coaches were well aware of the news that was out there on him and decided that playing him in LA of all places would have been a bad idea,” a source told HollywoodLife EXCLUSIVELY. The Toronto-born star didn’t play during the game at all, which the Lakers ended up wining with a score of 122 – 114. Kris Jenner‘s boyfriend Corey Gamble, 41, showed support for Tristan after the game, holding up his No. 13 jersey for cameras to see.

“They didn’t want the distraction to take over the game,” the insider added. “Sacramento still lost to the Lakers, but it was decided before the game that it would be best that he didn’t play, and they moved forward with that plan and expect it to be forgotten by the end of the week and everyone can move on at least when it pertains to on court NBA situations.”

After a paternity test confirmed Tristan had fathered a third child, he took to Instagram to update his followers. “I take full responsibility for my actions. Now that paternity has been established, I look forward to amicably raising our son. I sincerely apologize to everyone I’ve hurt or disappointed throughout this ordeal both publicly and privately,” he wrote, followed by an apology to ex Khloé Kardashian.

Matthew Macfadyen and Succession’s Tom Wambsgans Have Nothing in Common—Really! His Friends Swear!
Peter Bart: It’s Back To The Future For The Box Office If ‘Top Gun’ Sequel Hits Stratosphere
What to Watch: Obi Wan Kenobi, This Is Us Final Episode, Stranger Things
‘Everything Everywhere All At Once’ Knocking Out ‘Uncut Gems’ To Become A24’s Highest Grossing Movie Ever At Domestic Box Office With $50M+
Lawmaker issues grovelling apology after being booed for anti-trans graduation speech