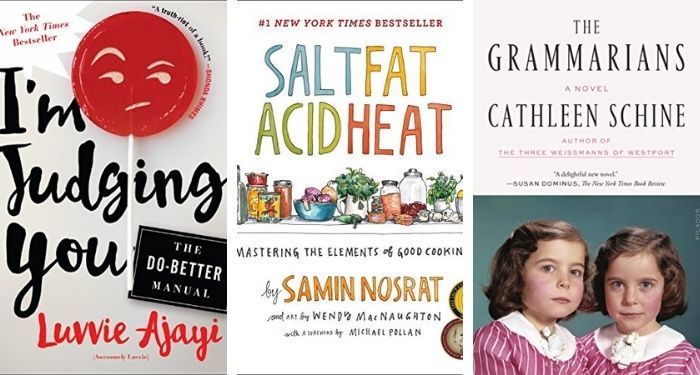 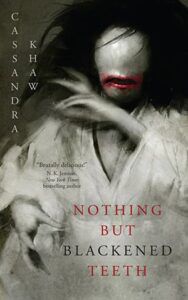 This edition of Daily Deals is sponsored by Nightfire.


$2.99
I’m Judging You: The Do-Better Manual by Luvvie Ajayi


$2.99
The Grammarians by Cathleen Schine

The Night Tiger by Yangsze Choo for $2.99

The Fact of a Body by Alex Marzano-Lesnevich for $1.99

Winter’s Orbit by Everina Maxwell for $2.99

Girls Made of Snow and Glass by Melissa Bashardoust for $2.99

Victories Greater Than Death by Charlie Jane Anders for $2.99

Middlegame by Seanan McGuire for $2.99

Magic for Liars by Sarah Gailey for $2.99

Mistborn by Brandon Sanderson for $2.99

Remote Control by Nnedi Okorafor for $2.99

The Gentleman’s Guide to Vice and Virtue by Mackenzi Lee for $2.99

Girls of Paper and Fire by Natasha Ngan for $3.99

Queen of the Conquered by Kacen Callender for $4.99

The Last Black Unicorn by Tiffany Haddish for $1.99

The Black Tides of Heaven by Neon Yang by $3.99

The Unlikely Adventures of the Shergill Sisters by Balli Kaur Jaswal for $1.99

Dorothy Must Die by Danielle Paige for $1.99

The Sherlock Holmes Book by DK for $1.99

The Project by Courtney Summers for $2.99

A Song of Wraiths and Ruin by Roseanne A. Brown for $1.99

The Long Way to a Small, Angry Planet by Becky Chambers for $1.99