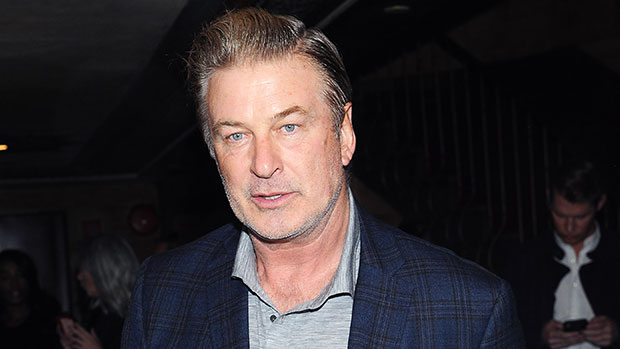 Alec Baldwin said he was feeling ‘shock and sadness’ after he accidentally discharged a prop firearm on a movie set, which resulted in the death of cinematographer Halyna Hutchins.

Alec Baldwin, 63, has broken his silence on the tragic incident that occurred on the set of his movie Rust on Oct. 21. The actor released a statement on Twitter the day after he accidentally discharged a prop gun that fatally killed Director of Photography Halyna Hutchins and injured director Joel Souza on the New Mexico set. “There are no words to convey my shock and sadness regarding the tragic accident that took the life of Halyna Hutchins, a wife, mother and deeply admired colleague of ours,” he wrote. “I’m fully cooperating with the police investigation to address how this tragedy occurred.”

The actor added in a second tweet, “I am in touch with her husband, offering my support to him and his family. My heart is broken for her husband, their son, and all who knew and loved Halyna.”

Alec was filming for Rust at the Bonanza Creek Ranch when, around 1:50 p.m. MDT, he accidentally discharged the prop gun. Halyna and Joel were both victims in the accidental shooting and were immediately rushed to separate hospitals. Halyna was flown in by helicopter to the University of New Mexico hospital in Albuquerque, where she unfortunately passed away from her injuries. Joel was sent to Christus St. Vincent Regional Medical facility via ambulance, and was treated for his injuries there.

Alec did not initially speak out about the shooting, but he was photographed on-set looking distraught afterwards. One image showed the 30 Rock actor taking a phone call, while another showed him bent over to the ground with his hands on his knees. While details are still coming in about what transpired, DEADLINE did report that Alec was “unaware” of the “type of ammunition in the gun” before the tragic accident occurred.

Production on Rust was put on hold indefinitely after the shooting incident. An investigation is reportedly open and active into what exactly happened that led to the tragedy. As of now, no charges have been filed against Alec or anyone else on the set.