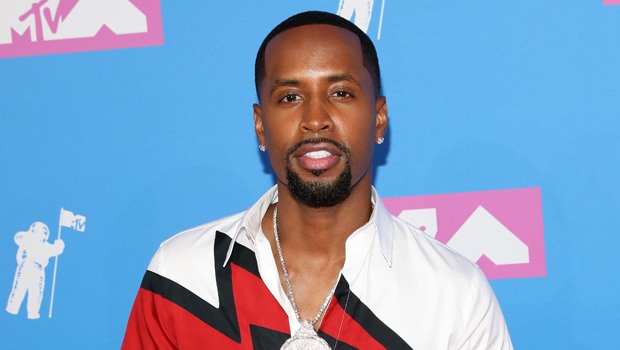 Safaree Samuels called out ‘Love & Hip Hop: Atlanta’ editors for their ‘tacky and tasteless’ decision to air footage of his daughter Safire falling. He even threatened to quit the show.

Safaree Samuels may be done with Love & Hip Hop: Atlanta for good. The 40-year-old rapper and reality star went on a Twitter rant against the VH1 series on Wednesday (July 28) after the show aired a scene on Monday’s episode where Safaree was seemingly laughing about his 1-year-old daughter Safire, whom he shares with now-estranged wife Erica Mena, falling and crying. “Y’all LHH editors ain’t s**t,” Safaree began in his first tweet. “We told y’all not to air my baby falling and y’all still used it. Had us reshoot a whole bunch of bulls**t and y’all still used that,” he added.

Safaree went on to accuse the reality series of having “no respect,” adding, “because that was not my response of me finding out I was having a boy!” Safaree then threatened to quit the show in his second tweet. “That was tacky and tasteless!! It’s definitely about to be a wrap on my time with y’all,” he wrote. “Y’all be wanting too much of ppl time to be doin dat type of wack s**t!! We filmed a hr long convo for that scene and y’all chop it to 3 mins and use that and make it a focal point. Weak.”

In the episode, Erica and Safaree got into it after a guitar fell on baby Safire, just as Erica was announcing the sex of their second child. “Safaree, pick her up you freaking idiot,” Erica told her husband, who, as the editing showed, was laughing about the accident. Erica further vented her frustrations about Safaree in a private confessional. “This moment is probably setting me up to get ready for what my life is about to be,” she explained. “Me having to hold down my babies by myself, even when they’re hurting, because daddy finds it to be funny. But it just proves how immature he is.”

On May 21, months after the episode was filmed, Erica seemingly put an official end to the couple’s turbulent 2-year marriage by filing for divorce from Safaree. In court docs obtained by HollywoodLife, Erica said that their union is “irretrievably broken.” She also requested to share joint legal custody of both children with Safaree, “as well as have final decision-making authority over legal custody matters.”

A month after the divorce filing, Erica and Safaree became parents for a second time to son Legend Brian. The “Paradise” rapper shared the news on June 28 by posting a photo on Instagram of himself cradling his newborn. He also gripped one of his baby boy’s fingers in a snapshot shared to his Instagram Story after his son’s birth. Safaree captioned the snapshot, according to PEOPLE, “Another me…. That’s all the world need,” with angel and laughing emojis.