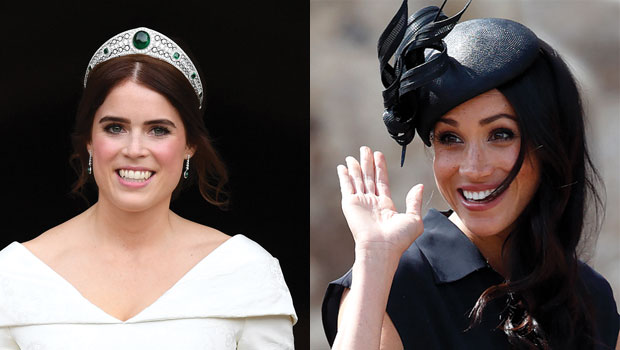 Prince Harry’s cousin Princess Eugenie has moved into the private residence he previously shared with Meghan Markle, before they stepped back from royal duties.

Prince Harry and Meghan Markle‘s royal cottage has two new residents! Harry’s cousin Princess Eugenie and her husband Jack Brooksbank have moved into Frogmore Cottage in Windsor, just months before she’s expected to give birth to her first child. While the home remains Meghan and Harry’s U.K. residence, it is not known how long Eugenie and Jack will reside there. “Frogmore is a private residence of the Duke and Duchess of Sussex and any arrangements is a matter for them,” a Buckingham Palace spokesperson told PEOPLE.

Another source spoke to the outlet, saying Harry was “delighted” to have his cousin staying there. “Frogmore Cottage continues to be the Duke and Duchess of Sussex’s residence in the U.K., and they are delighted to be able to open up their home to Princess Eugenie and Jack as they start their own family.” It was also reported that removal vans arrived in the middle of the night to clear out Meghan and Harry’s belongings. “Removal vans pitched up in the dead of the night and cleared out the cottage. They definitely did not want to be seen,” a source told The Sun.

They continued, “Emptying their home and handing over the keys is a pretty strong sign Harry and Meghan have no plans to return. It appears they are tying up loose ends as they plan to extend their stay in the U.S. perhaps permanently.” Prior to Frogmore, Eugenie and Jack lived in Kensington Palace’s Ivy Cottage in London. By relocating to Windsor, they will be closer to her parents Prince Andrew and Sarah Ferguson, along with her grandparents Queen Elizabeth and Prince Philip who are also at the nearby Windsor Castle.

Meanwhile, Harry and Meghan relocated stateside and recently purchased a $14.7 million Santa Barbara mansion. The Duchess of Sussex, who recently moved to California with Prince Harry and their one-year-old son Archie, has remained in the public eye despite stepping away from royal duties.