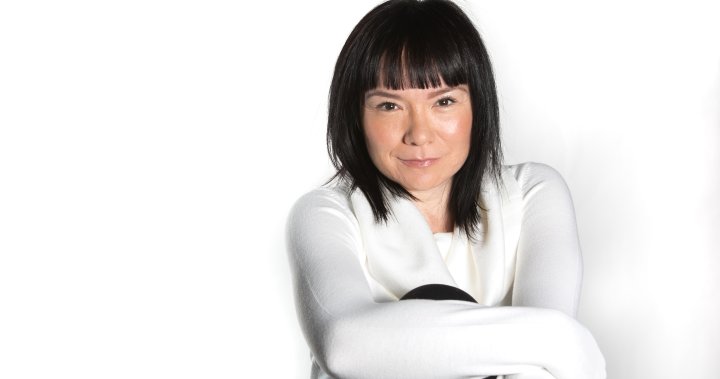 A glaring set of statistics if there ever was one: in Canada, between 2017 and 2019, the percentage of Indigenous women responsible for our television and cinematic writing — zero. Directing? Zero. Cinematography? Zero.

How about key creative work? A pathetic uptick to one per cent. According to the 2019 Women in View on Screen Report, the numbers for women overall in the industry, both in front of and behind the camera, are dreadful, not even reaching 50 per cent parity with men. For Black women and women of colour, it’s even worse, and for Indigenous women, it’s downright abysmal.

Anishinaabe/Ashkenazi producer/director Jennifer Podemski (Cardinal, Degrassi: The Next Generation, Fire Song, Sensitive Skin), founder and CEO of Redcloud Studios, is taking matters into her own hands. She’s created The Shine Network, a media platform aiming to empower and celebrate Indigenous women in film and TV.

Podemski wants the platform to offer a digital cinema space and talent incubator that commits to support Indigenous women in their pursuit of a career in entertainment, a direct response to the chronic underrepresentation of Indigenous women on screen and behind the camera in Canada’s media production sector.

Global News interviewed Podemski about the initiative, a project she hopes will help both current and upcoming generations of Indigenous women get their voices and stories on-screen.

Global News: Looking at these stats, it’s very glaring. Why do women, and particularly Indigenous women, keep getting shut out of this industry?
Jennifer Podemski: I believe it’s because we still live within a narrative that was formed by those with the most power in our society: men. And, more specifically, white men. We’ve been playing out these narratives for so long, and changing it takes a lot more effort and co-operation than we can imagine.

We’ve seen the statistics play out over generations and it’s still true today that Indigenous women are most at risk, most underrepresented and most chronically underfunded and discriminated against. I think now is the time to stop asking why, and trying to find out how we got here and start working on solutions. For me, The Shine Network is a solution. Not the only one by far, but one, small step towards what I hope will be the solution-focused thinking that leads to paradigm-shifting change in a positive direction.

Tell me a little bit about Shine Network and your goals.
The Shine Network is a digital media platform that celebrates Indigenous women content creators while offering professional development to those pursuing a career in the screen-based media sector. It’s a subscriber-based platform, and although the content is culturally specific, it’s really open to anyone.

My goal is to address a need, fill a void, answer a call, empower Indigenous women and celebrate the diverse range of Indigenous women’s perspectives, with the vision (and dream) that we will begin to dismantle some of the barriers to success within the film and television industry and get more of us involved in the making of stories that ultimately create the consciousness of the society we live in together.

Women like Alanis Obomsawin can be a real inspiration for up-and-coming Indigenous talent. Will women like her have a chance to be mentors? And, if so, is there anyone else on your radar whom you’d like to include?
I want every single Indigenous woman who has made a career in this industry to be a mentor. I’ve just received a grant from the Indigenous Screen Office to specifically build the professional development aspect of the platform. With the funding, I will build an Indigenous Women in Film Digital Symposium, which will become a permanent fixture on the platform and will include case studies, tutorials, masterclasses and candid, personal stories from Indigenous women across all departments behind and in front of the camera. Hopefully, Alanis will be one of them!

Outside of the Indigenous community, how can people in the entertainment industry help enable an Indigenous woman to make the necessary steps towards success?
The best answer I have is to listen. I’ve been in too many situations where, even as the only Indigenous person on a team, when asked a culturally specific question, I’ve not been listened to. Instead, I find myself being told by those with no lived experience that what I’m saying isn’t true. Listening and providing space, passing the mic — all of those things.

TIFF and other film festivals around the world have made commitments to increase diversity and representation. If followed through, is this enough? What other things would you like to see professional organizations implement, especially in Canada?
I can’t believe I’m saying this but I suppose I believe in quotas as a part of the solution. When an organization is forced to be inclusive it could lead to incredible results. I mean, that’s how we got “Canadian content,” right? It’s not the only solution or action but it makes sense to me that people sometimes have to be forced to do something to recognize the positive impact it will have.

One of many things dogging Indigenous stories on film and TV is the curse of the “white saviour” trope. Even films made in the last five years still suffer this problem, particularly if an Indigenous story is directed by a non-Indigenous person. Will these kinds of projects stop with Indigenous people at the helm, or do you think it’ll take more than that?
This is a difficult question. From my experience, I would say that I would be most confident that a film or television project will be executed appropriately if there is an Indigenous producer as the lead. The ideal scenario is an Indigenous director, producer and writer, but as a producer myself, I am aware of the vocabulary and understanding that is required to address creative issues at the network or distributor level.

I myself have made a film as a producer, with an Indigenous writer and non-Indigenous director, and I feel very strongly that the film is authentically Indigenous. The work that I did as producer from concept to completion was so intricate and culturally specific, I believe that the structure and dynamic worked well. However, I have also been in situations where I’ve been director and writer and producer and I have had partners who undermined my vision and process as an Indigenous producer. Ultimately, I think it is important for the story and the characters to be nurtured in a way that ensures the most authentic expression on-screen but also, Indigenous storytelling is also about process and community and those things are very unique and have to be upheld and honoured by the entire team.

How much do you wish something like Shine Network was available for you when you were starting out?
I suppose if it was, I might have saved myself a lot of heartache. I have an amazing group of peers who have supported me along the way. Specifically, my Indigenous female colleagues and I often have very long, drawn-out, heart-to-heart talks that help us work through very difficult industry-specific situations. So, in many ways, I created my own support system and that is a huge part of why I felt a network or platform like this was important.

What roadblocks did you personally face in your career, and how did you overcome them?
Systemic racism is real. The worst part about it is that it usually presents as invisible and harmless. People I work with at all levels, from executives to best boy grips, don’t even know that they are perpetuating it. So, aside from the normal everyday challenges that all producers, writers and directors face, there is a specific kind of roadblock that is unique to Indigenous women. I say this from my own and my Indigenous female peers’ personal experiences. Those roadblocks are often older, more experienced, men who feel they can belittle, undermine, gaslight and abuse their power because they feel entitled. This is common and it has to end.

There is also the issue of quotas. I know I mentioned earlier that I support this idea, but there is a limit to which quotas should be implemented before they become harmful. For example, an Indigenous creator has a more difficult time getting a show made because a network or studio will use the excuse that they already have a similar show. By this, they usually mean they have a show with an Indigenous theme or character. Considering the strides that have been made by the creators themselves, you would think there would be a diverse range of Indigenous stories, characters, content creators in a variety of genres across the airwaves.

At least, that’s what I was imagining 20-plus years ago when myself and Laura Milliken made Moccasin Flats for Showcase and APTN. And people ask me why I care, why it’s important and it’s simple: our entire narrative in Canada and the U.S. (Turtle Island) was defined by stories. Generations of Canadians consumed media across all genres and platforms that told them we, Indigenous people, were less-than, insignificant, savages, villains, worthless, heathens, etc., etc., etc. That is precisely why we’re in the situation we’re in now. Our current, collective situation is a direct result of a narrative that was created to strengthen Canadian identity and erase Indigenous history, knowledge, stories and existence. So if you ask me, reclaiming space to tell stories and share authentic history from an Indigenous perspective might just get us out of this mess and heal all of us.

Any final words for Canadians out there totally oblivious to this issue?
Your conception and perception of Indigenous people and history has been inherited and was deeply cemented into the consciousness over many generations through fake news. That’s all I have to say.

This interview has been edited and condensed.