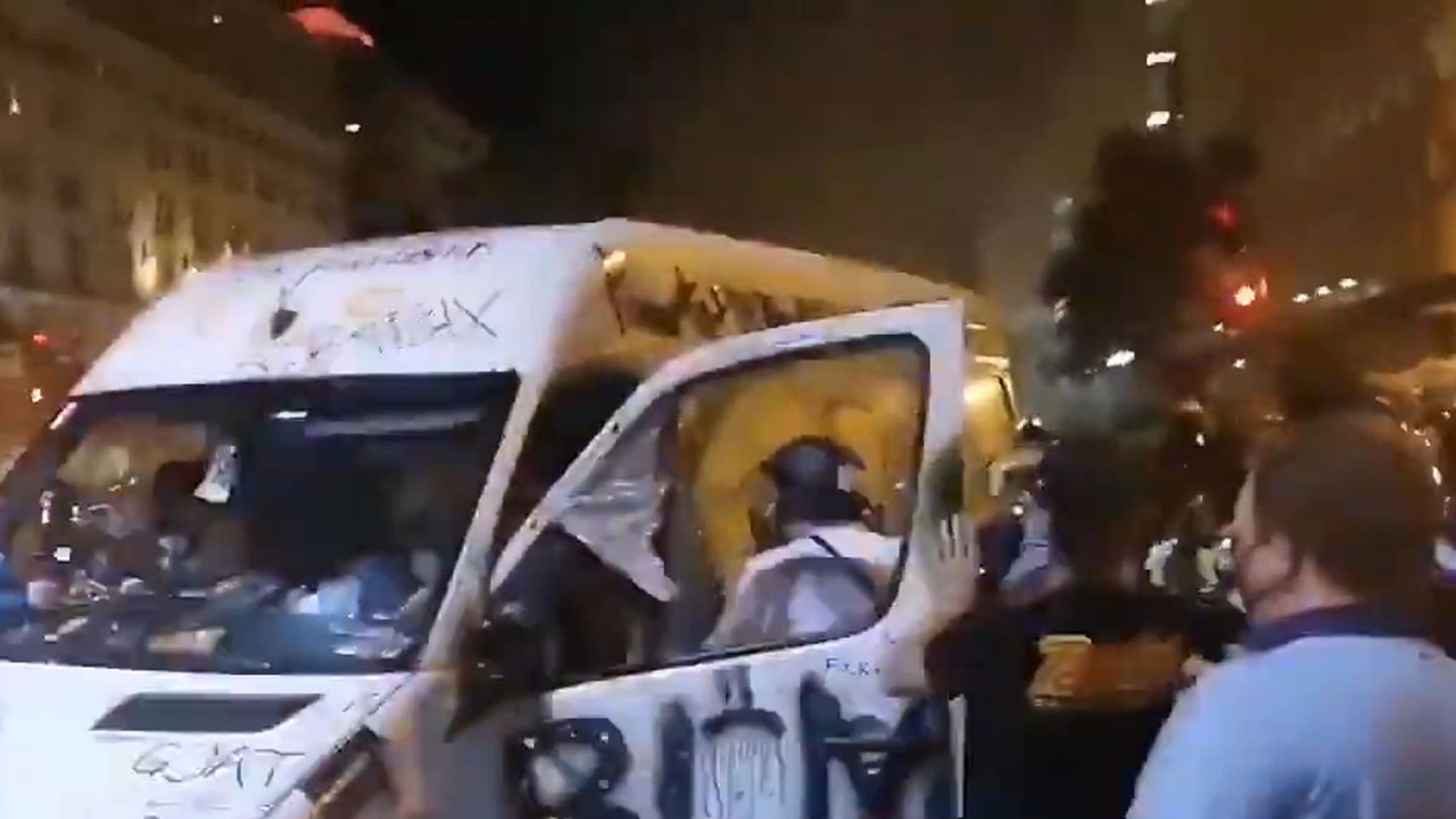 Cops in Washington D.C. pulled two people out of a van that was tagged with Black Lives Matter signage … and the encounter was caught on camera.

The wild scene was captured by a journalist on the ground Saturday night, and it shows officers in riot gear forming a wall with shields and batons out … while chanting “move back.” It’s pretty eerie, almost like twisted, futuristic Orwellian dystopia playing out in real life.

Anyway, the officers quickly come upon a white van that’s been spray-painted with ‘BLM’ lettering all over — which is just sitting there in the middle of the road. The cops tell the driver and his passenger to get out, but they refuse … so they rip them out by force.

It sounds like police even break their windows to get them out, and you hear screaming in the background. The person filming appears to have gotten injured during the chaos. The reporter also says the two people in the van were arrested.

Law enforcement sources told the Washington Post officers were compelled to confront BLM protesters in this fashion because they claim projectiles were being thrown at police.