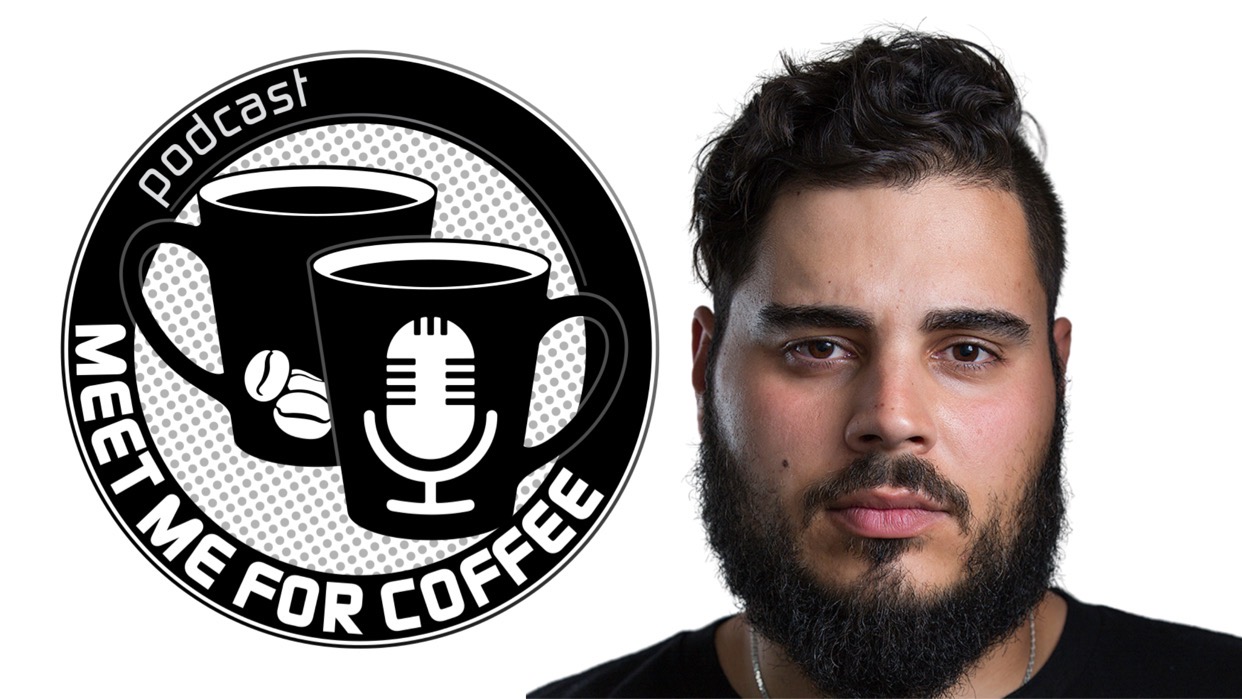 No stranger to radio, The Canadian based radio/TV host is no stranger to the radio industry. We shared questions and answers regarding his show and his career…..

What inspired you to create your own show?

Launching my own show was originally inspired by my experience in the radio industry. When you speak to an individual for an interview it needs to be short, the same music is played repeatedly, and you can’t have that real conversation anymore.

One day I decided that it was time to stop talking at people and start talking to people – that is how Meet Me For Coffee was born. Originally, I announced the idea over 5 years ago, but ended up doing another show called the World Rock Countdown instead.  It wasn’t until someone formerly from Paramount pictures PR department connected with me and asked me to interview some of his clients.

At that point I didn’t have a platform fitted for people that I would have to interview, so I decided it was time to revisit the idea and launch Meet Me For Coffee. It has been quite rewarding speaking with celebrities, rock stars, and everyday people that have a passion to make an impact in this world.

I am constantly inspired by my family to be the best I can be. They drive me to be better each and everyday. I hope I can inspire them to achieve their goals in life..and maybe one day take over this podcast or have a career in media!

What is the premise of “Meet Me for Coffee?”

The show is based around having a good conversation and of course coffee! I have always believed that the most honest and best conversations happen when you’re having coffee with someone.

What do you look for when choosing a guest?

I believe every person has an amazing story waiting to be told. It doesn’t have to be a famous person, I just want to have a great conversation with someone who has an interesting prospective, experience, or idea.  Real people, real conversations.over coffee!!

Has there been a favorite show for you?

The interviews have been getting better as the show goes on. My favorite interviews so far have been Hollywood Legend Ron Russell, Fashion Designer Sue Wong, and of course my all-time favorite drummer Kenny Aronoff.

Give us a brief bio of George.

I am the first-born generation of the Canadian chapter of my family. My parents are originally from the most beautiful island on the Mediterranean called Cyprus. If you haven’t been, you should make plans one day.

I have been in love with radio since the age of 5 and ever since I’ve wanted to do it as a career.

Fortunately, I was able to live my childhood dream for a decade until I decided to go my own way to start working at launching my own show.

If you could choose anyone on the planet to interview who would it be and why?

There is so many people that come to mind, but I’d like to pick two.

David Lee Roth because I am the biggest Van Halen fan ever and it would be great to hear the stories behind the music.

Mark Hamill – I think he’s done so well in his career besides Star Wars and there’s just so much depth we could go into about his other projects.

What is your vision of pop-culture?

Pop culture is subjective. You never know what to believe or follow. Everything we see is arbitrary and masks the reality of what it truly means to be human. Often pop culture can be fairly misleading in terms of the latest trends. This is why I started Meet Me For Coffee. I want to unveil the reality behind what we hear and what we read. The most successful people had to start somewhere. They are real, regular people with inspirational stories. Pop culture is a facade. It’s time to reveal the true people we look up to everyday.

What advice would you give those wanting to do their own podcast?

I’d say go for it! Ask lots of questions, experiment and shoot for the stars!